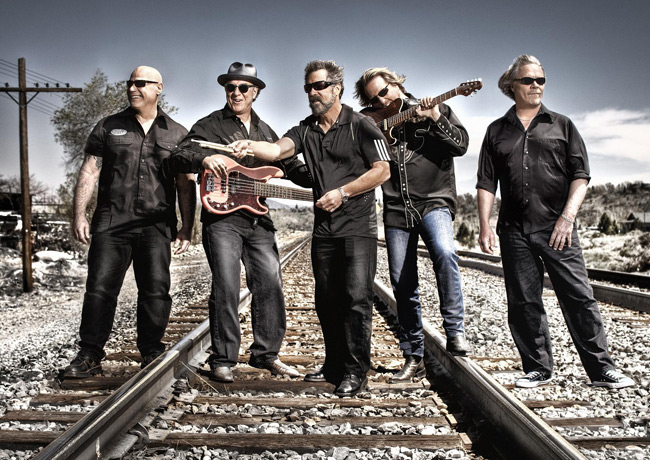 Of all the things one takes from a party - phone numbers, leftovers, a headache the next morning - a second career is usually not at the top of the list. But that's exactly what happened when, in 1995, the two remaining members of Creedence Clearwater Revival set out to perform at private functions.

"It's evolved into something with a life of its own for sure. Originally, the idea was to just play a few shows a month - maybe - and keep it low-key. But as soon as it got out of the box, it went right to the top," bassist Stu Cook said in a phone interview. "We've been trying to keep up with it ever since."

"It wasn't a question of whether we did or didn't want to be (back on the road touring). It just sort of evolved into that," Cook said. "It was an organic type of process. So, we just, we followed it. Our attitude about the whole thing has been just let's see what develops. And if it feels good, let's try it. And if it doesn't seem like it's a smart thing to do, we'd wait for a different opportunity.

"We haven't really tried to force much of the second career. This has just sort of unfolded.

"We've been fortunate enough to have options to choose from. For the most part, I think we've made pretty good choices. The band's reputation has continued to spread, and more and more Creedence fans catch on. And here we are, 16 years later."

Now on the road for four-plus months each year, Cook says his new band was formed and exists for those who never had the chance to catch the original CCR lineup on stage. But, while the music is the same, the personalities have changed.

"That career was different because everything was new; for the first time," he said of CCR. "We were always trying to find some stable ground, so to speak, for us, in the midst of all the career and all the changes that were happening to that career.

"This time around, it's a different approach," Cook said of Creedence Clearwater Revisited. "For us, it's just about trying to have great performances every night."

"We, every night, try and play the songs better than the night before," he said. "So, it's really a dedication to the music, to celebrate and honor the music of Creedence Clearwater Revival.

"That makes it a pretty high standard. We have to ... each of us has to explore how we can play together; with these songs - play them better."

When Creedence Clearwater Revisited headlines "Tuesday in the Park" at Artpark (July 20; 6:30 p.m.), Cook said fans should expect "all Creedence, all night."

"We start at the beginning and try and build on that," he said. "As it kind of ebbs and flows between the band and the audience, the energy, hopefully, will be headed in the right direction, so that at the end of the night we've got a party going on."

And if it's Creedence Clearwater Revisited party, who knows what will happen?