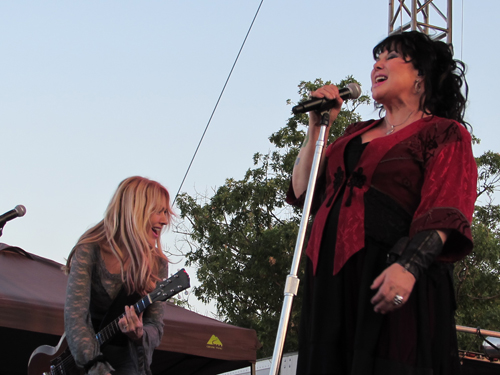 Performing Tuesday at Artpark, Ann and Nancy Wilson proved, once again, they are the world's premier female-fronted rock back. The sisters offered 90 minutes of classic Heart songs, including "Barracuda," "Magic Man," "What About Love?," "These Dreams," "Alone" and "Crazy on You," as well as a trio of Led Zeppelin songs, and a few new tunes, too.

Click the video to watch highlights, visit the gallery for more photos, and read our interview with Ann. 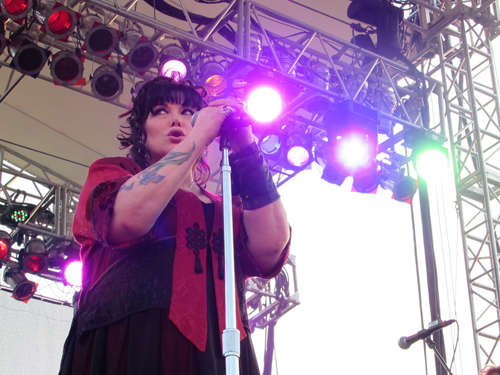 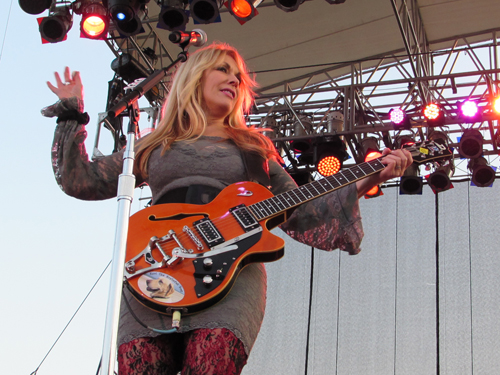 Ann and Nancy Wilson released a new album, "Fanatic"; a memoir, "Kicking & Dreaming: A story of Heart, Soul and Rock and Roll"; they received a star on the Hollywood Walk of Fame; and they were informed of their induction into the Rock and Roll Hall of Fame.

2012 also was the year Heart offered one of the best "Tuesday in the Park" concerts in the Artpark series' storied history.

"I do remember that it was a pretty amazing night," Ann said in a phone interview last week.

The Wilson sisters and their bandmates will look to equal or better that performance when Heart returns to Lewiston Tuesday to perform in the outdoor amphitheater.

"I vow to get up there and get peoples' attention," Ann said. "And then once we have their attention, then we can really have fun together. We can really do something different and uplifting.

"We never do the same thing twice in a row. We're not a band that you can look at the setlist from one night and then six weeks later it will be the same. We're always changing it up. You know; adding things; taking things off. When we get sick of a song, we'll just put it on the shelf for a while, and add some really interesting covers or something like that."

Over the course of nearly 40 years, frontwoman Ann and lead guitarist Nancy have had career peaks - "Crazy on You," "Magic Man" and "Barracuda" were huge rock hits in the 1970s, while "Never," "What About Love?," "These Dreams" and "Alone" were massive pop smashes in the late '80s.

They've had valleys, too, particularly with a string of underperforming albums in the early '80s.

In retrospect, one can say, whether in up times or down, Heart's music remained heartfelt and original, while Ann and Nancy never lacked stage showmanship or pure rock star energy.

Their talent was never in question.

These days, concertgoers get the best of Heart without getting "The Best of Heart."

"I think that we're really interested in what we're doing," Ann said. "We're not just going out there being a jukebox for our former selves. We have really good players in the band who've been with us for many years, and we know each other really well musically.

Ann said fans have come to have a new appreciation for Heart since the last time she and Nancy visited Artpark.

"We had lots of people who just were so emotional about the book," she said. "You'd see them in the audience, like, clutching the book under their coat."

Ann called the book an "open and honest" insider look into Heart.

"It almost seemed like, after the book, we would play a show and people would respond to the band differently, because they knew more about us personally," she said. "Like they knew us as children. They knew some of the hard things that happened to us in our childhoods and later. They knew the story of 'Barracuda.' They knew this and that, so they seemed like they felt closer to us.

"That was a great thing."

Heart's new music, likewise, has become near and dear to fans.

"I don't know what it is about us, but we put out an album, and a year, or a year-and-a-half later, people start to love it," Ann said. "Now they know it.

"They have the book; they have the album. I've done a lot of interviews where I explain a lot of stuff. They're loving that stuff.

To find success five decades into a career, and to have new material impact fans as much as cherished hit songs, "It feels amazing," Ann said. "That's what you hope for because, really, when you make a record, you realize that what you have to do is be exactly yourself. Because that's what people liked about you at the beginning. So, if you try and be somebody else, or copy the radio, or copy young acts or something like that - which a lot of older acts try to do - it does not work. And it is not you. So, you're not as likely to get people ... liking it (or) recognizing you as yourself.

"We always try to be ourselves." 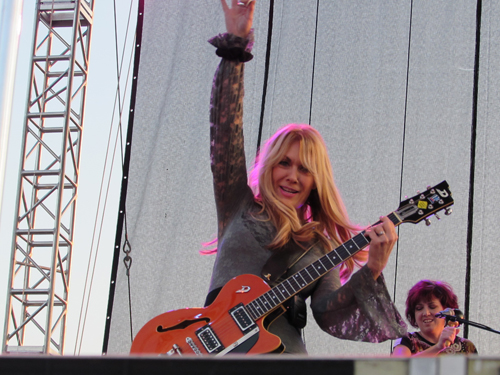 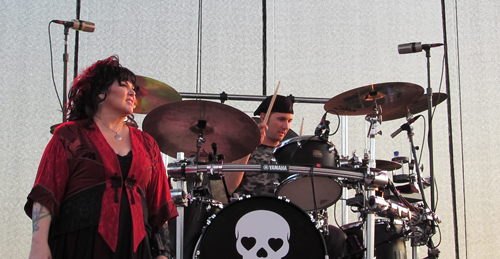 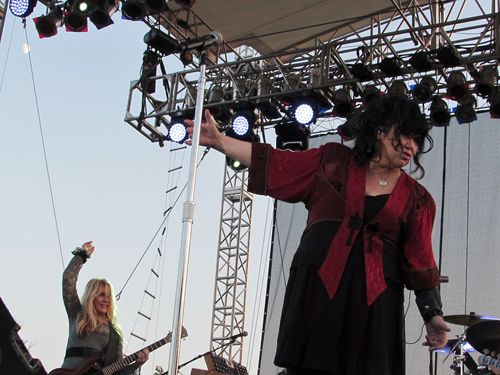