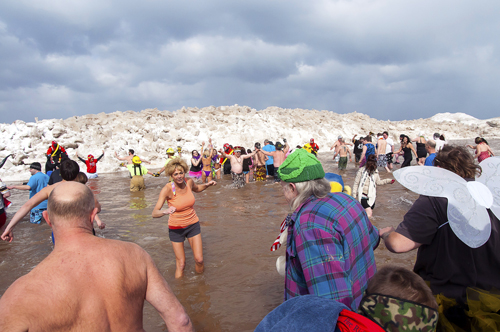 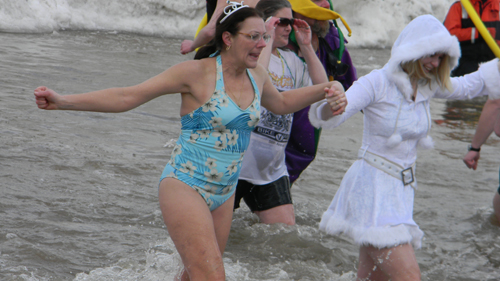 The 45th annual Olcott Lions Club "Swim for Sight" was held last weekend on a bitter cold Sunday in Olcott Beach. The cold may have kept the less hardy away, but those who came out had a great time.

A fireman's tug-of-War started the day off, with a combined team from Olcott and Miller Hose on top after a difficult time on the icy beach. Local fire companies took part in a very popular chili cook-off, with Wright's Corners taking top honors after the crowd's votes were tallied.

With food and hot drinks from many vendors and the local Lions Club, there was something for every taste. The tailgaters were in full force, with zany costumes and games played in every corner of town and Krull Park. 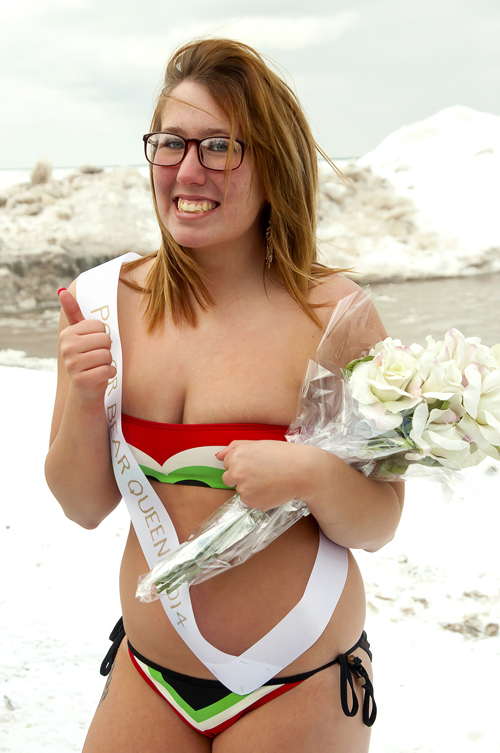 After the queen judges selected 17-year-old Sam Redmond of Wilson (above) as the 2014 "Polar Bear Queen," the swimming began. Even with the cold temperature, 450 swimmers braved the icy water, plunging into Lake Ontario as a large crowd cheered them on.

This year's swim was dedicated to the memory of Mike Rann, who started the event in February of 1968. Rann was a longtime member of the Olcott Lions Club, and sadly, he passed away in 2013. (photos by Wayne Peters and Terry Duffy; video by Duffy) 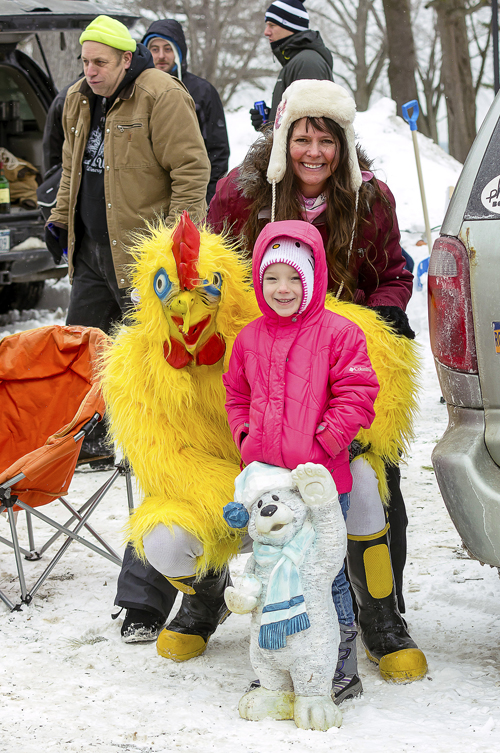 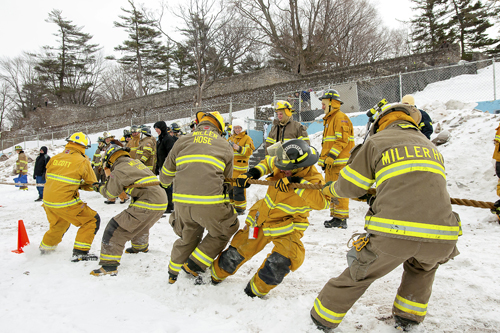 >>Find more photos in our gallery<<