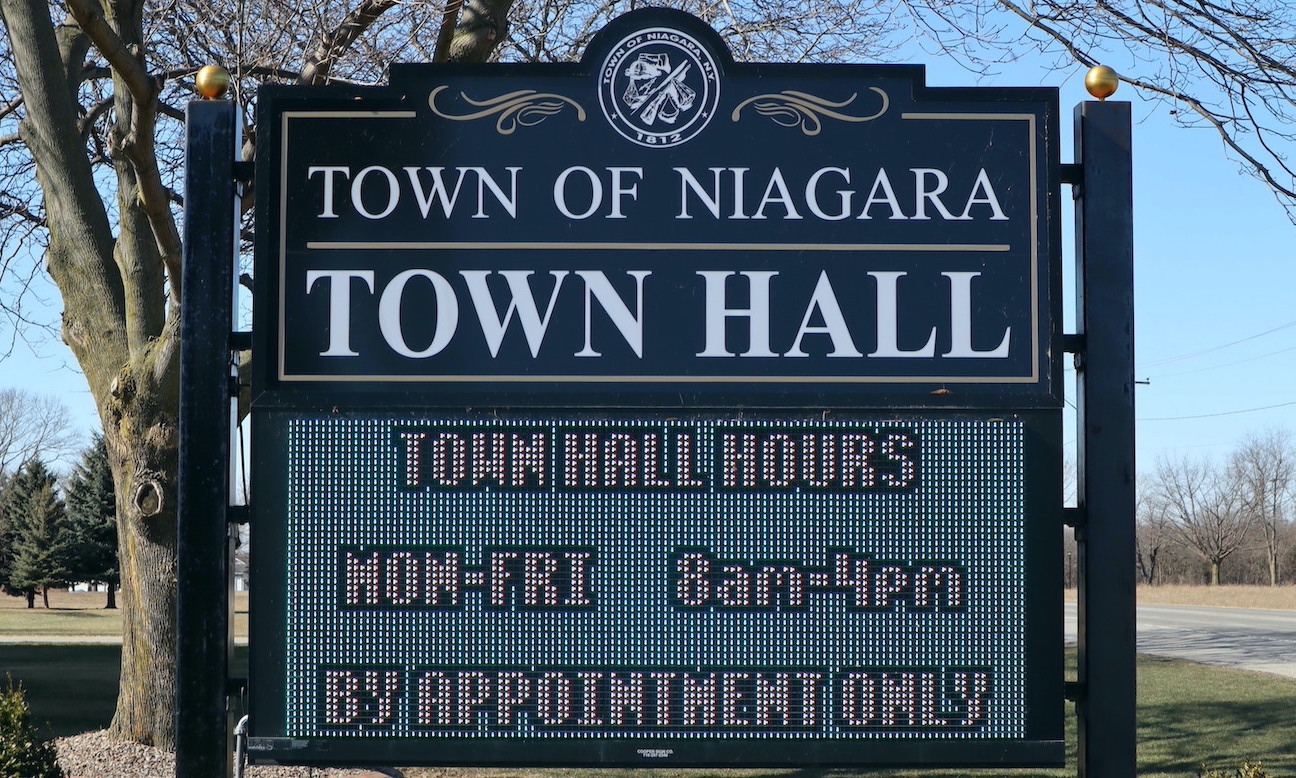 The Town of Niagara hired a lawyer Tuesday to represent them in any proceedings stemming from an officer-involved shooting Nov. 19.

Thomas H. Burton, a Buffalo-based attorney, was hired by a 4-0 vote by the Town Board during Tuesday’s monthly meeting. He will represent the town and its two police officers involved in the shooting of 40-year-old Daniel Kachinoski in the 4700 block of Chester Avenue.

“He’s an instructor at the academy,” Guiliani said. “He has a lot of experience in (these) cases and has represented those officers.

“Obviously, we feel bad for everyone involved in the incident and their families. It’s a tragic situation.”

According to a timeline of events Guiliani provided, based on released body camera footage, two officers – Alex Wagner and Angela Micale – responded at about 8:53 p.m. Nov. 19 to a reported domestic violence incident.

Wagner, 29, a four-year veteran, was confronted by Kachinoski outside the residence, but allowed the officers in despite appearing aggravated, the timeline details.

Wagner interviewed a woman in the kitchen, later identified as Kachinoski’s mother. Meanwhile, Micale interviewed Kachinoski in a different room.

After several minutes, the timeline details, Kachinoski demands the officers leave the residence, leading Wagner to draw his department-issued TASER. He fired at Kachinoski, but failed to subdue. A second firing by Wagner also failed.

At this point, the timeline details, Kachinoski was irate and Micale fired her TASER, though it, too, was unsuccessful. Kachinoski then was noted to pick up both a chair and a knife and advance on Wagner.

Wagner, the timeline details, fired two shots from his firearm, which struck Kachinoski in the chest. The knife landed in the kitchen under a stool as Kachinoski fell to the ground immediately. Kachinoski was later pronounced dead from his injuries.

The incident is being investigated by the New York State Attorney General’s Office.

Also at Tuesday’s meeting, the town held a public hearing regarding a proposed local law aimed at significantly limiting the existence of short-term rental properties.

Lou Ann Murawski asked the Town Board to reconsider the local law proposal, which was not on the December meeting agenda. She said she’s received about 330 reviews for her properties in the town on the website AirBnB.com, with not one bad comment. Meanwhile, she’s had only one negative experience with a renter, she said.

Supervisor Lee Wallace chose to respond to Murawski during the hearing, telling her that, if landlords of these short-term rentals all maintained their properties like she does, and rented to the tenants she does, the law wouldn’t be needed.

But the town has had years of absentee owners neglecting properties and renting to destructive tenants.

“We find these renters to be a real problem,” Wallace said. “We didn’t make this decision as a knee-jerk reaction.

“Unfortunately, someone like you (is going to be negatively impacted) by the law.”

During previous board discussion on the proposal, the law would restrict short-term rentals to properties zoned as commercial, effectively ending operation for sites like AirBnB.com in the town if approved.

Once the Town Board votes on it, the law would likely take one year to go into effect.

Wallace did not indicate whether the proposal would appear on the January agenda, which is scheduled to be considered at 6:30 p.m. Tuesday, Jan. 17.