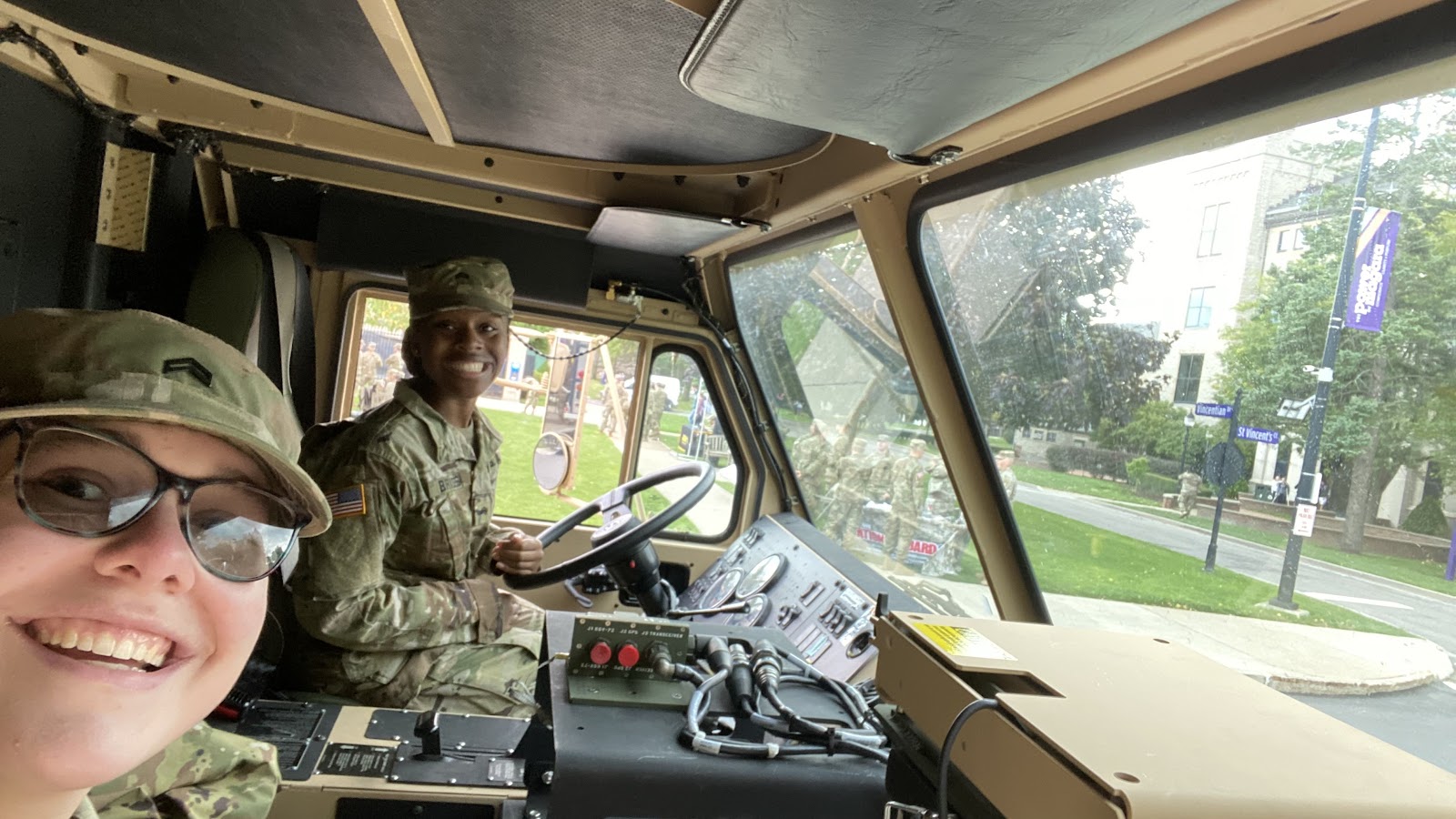 Cadets in a military vehicle during their military careers lab.

Living as a college student and training to be a future Army officer is a difficult double life. Niagara University is home to the Purple Eagle Army ROTC Battalion. It may be small, but they have an unimaginable work ethic. From college classwork to studying tactics and physically training their bodies they do it all. It’s not an easy task to be given. They not only have responsibilities within college classes and clubs, but also Army responsibilities. For the most part the Army may pay for your college and this can lighten a financial burden, however, the competition for those scholarships is excessive making the work much harder. I would know as I am a part of ROTC myself. I have experienced the same physical and mental expectations of the program. However, my fellow cadets and I wouldn’t change it for the world.

Emma McElwain says, “In order to earn my scholarship I had to work my behind off. I had to work hard to get good grades, exercise excessively to prove my physical fitness. Not to mention I had to compete with my fellow classmates who may be stronger and faster than me.”

McElwain is in her sophomore year of college and just got offered a three-year scholarship at Niagara from the ROTC program. She mentioned how it saved her school career because she wouldn’t have been able to afford to stay on campus. Most ROTC cadets are not as lucky as her. However, not all cadets are as lucky as her,

Aiden Deyell says, “Getting a scholarship would be a dream. It’s not impossible, but I can’t get one until I meet height and weight requirements and get my grades up. I'm almost there, but I have to try even harder than the others to get there. I have to workout more, study more, put myself out there more.”

Deyell is also in his sophomore year of college and specified the reality of wanting to succeed as not only a student, but an ROTC cadet. The responsibility to be physically fit, smart, responsible, and a leader weighs on the success of someone within this program. I myself am in the same shoes as Deyell. I do not quite meet height and weight standards, but that doesn’t mean that I won’t work just as hard like Deyell to meet those expectations and standards. One might ask what would possess someone to want to join an ROTC program in the first place?

ROTC programs can open a door wide open for someone looking for a broader career field. There are two options one might gravitate towards such as, the Army Reserves and Army active duty. Both paths are severely beneficial, but one is more difficult than the other. Army Reserves allows for a civilian career and Army Duty every couple months for eight years. However, Army active duty is very competitive and a four-year commitment. Many students who take part in the ROTC program compete for active duty against their peers and cadets from other schools. They are not only ranked in terms of physical fitness scores, and basic camp scores, but also school grades, academics, and extracurriculars. 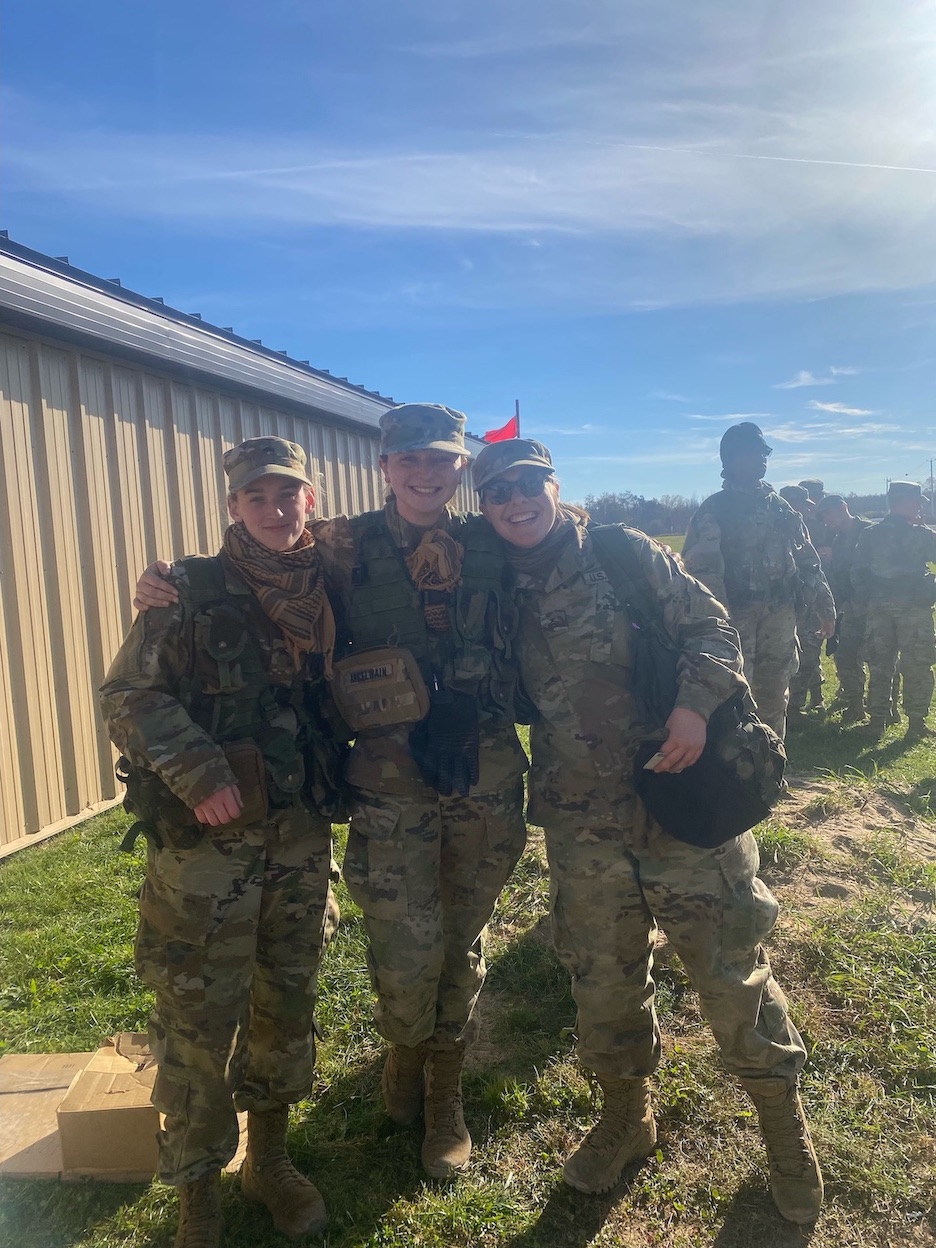 Cadets at the shooting range for their fall 2022 FTX.

Margret Klotzbach says, “As a senior in the program the Army is basically taking all of my school and ROTC career and combines it into one final score that will let me know if I get active duty for the branch I want. You don’t automatically get the branch you want either because you have to compete for it the same way you compete for an active-duty slot.”

Klotzbach is a senior in the Niagara University ROTC program as well as my ROTC mentor. She expressed how difficult it was throughout her college career to constantly be competing with her peers and other cadets.

Klotzbach says, “ROTC basically becomes your personality and you lose a lot of basic college experiences from going to parties, having free time and whatever. You are responsible for maturing much quicker than the average college student because you may be a future Army officer. It’s nerve racking and frustrating, but it’s something I wouldn’t give up for the world.”

Klotzbach isn’t the only one who feels this way. Many of the Niagara University students that participate in the ROTC program have sacrificed college life, class time, and an average schedule.

Lila Maddux says, “Yeah I’m on the D1 swim team and also in the ROTC program. A lot is required of me physically and mentally. I have had to miss classes and hanging out with friends because I either have to go to a swim meet or an ROTC training event. Let’s not forget to mention that I have to miss some swim events for ROTC ones and vice versa. My schedule is absolutely insane.”

The stereotypical college experience doesn’t include crawling through the woods or pushing your mental and physical capabilities, however, after speaking with various members of Niagara’s ROTC program, they once again say they wouldn’t change it for any old college experience and neither would I.

McElwain says, “If it wasn’t for the ROTC program I don’t think I could have afforded to stay in college. I had to fight tooth and nail for my scholarship, but I have no regrets. I have met some of my best friends in this program and have done some super cool $hit. Like who else gets to say they’ve shot an M4 on a military base with some of their closest friends!!”

On the outside Niagara’s ROTC program may seem intimidating, but it is the exact opposite. Various members of the program have expressed the strong relationships they’ve formed through the program, as well as the knowledge they’ve obtained. They may not be normal college students, they may be more stressed than the average student, but they couldn’t have imagined their college careers going any other way.

Klotzbach says, “I joined the program when I was a sophomore. I was so far behind since I didn’t join Freshman year, but I regret absolutely nothing. Now I can leave college with a definite job and such a bright future. The world’s my oyster. I met some of the best people within this program too.”

The amount of career opportunities that open for the students in the ROTC program open significantly more compared to those just graduating with a normal degree. Of course, with these various career opportunities still comes the commitment, but it’s a commitment that none of the ROTC members seem to be mad about. From better self-worth to taking on new responsibilities that help grow you towards the future, students within the ROTC program seem to be getting the best of both worlds and much more compared to others.

It’s difficult for ROTC students to live the double life they have at Niagara University, but the benefits and relationships that can be received from the program are unmatchable to any old college experience. 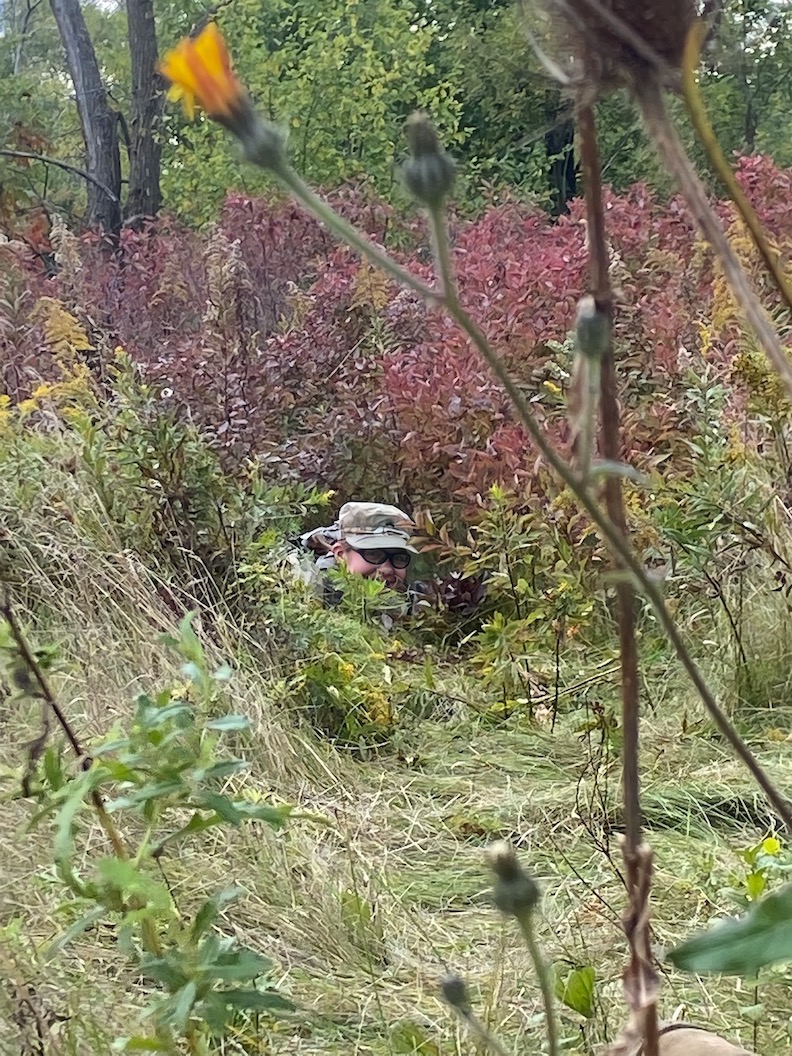 Cadet low crawling in a field during a tactical lab.