Newly defined Echosmith looking forward to returning to Toronto: 'A great city' with 'a lot of good food,' 'a lot of sweet people'

The Sierota siblings spent their pandemic pause much like the rest of us – taking a deep-dive into their lives and wondering what could be improved. The members of Echosmith found they’re more alt-pop leaning and, more importantly, their music should be a means to unite people in positivity.

Ironically, the coronavirus came right as the band was out touring “Lonely Generation.” Finding even more need for community in the past three years, Echosmith crafted new songs “Gelato” and “Hang Around” to reinforce togetherness.

The trio also put a fresh spin on its seminal song, 2013’s “Cool Kids,” merging the original lyrics with a brand-new bridge reflecting where Sydney, Noah and Graham are in 2022. Part of the motivation came from seeing the song’s influence on TikTok artists.

Echosmith will bring their improved musical philosophy – and musicality – to The Great Hall in Toronto on Monday.

In a phone interview Friday, Noah said, “I'm excited. Toronto is a great city, and there's a lot of good food there; a lot of sweet people there. I always love getting in that city, so it'll be a good time.”

He shared more in this edited Q&A. 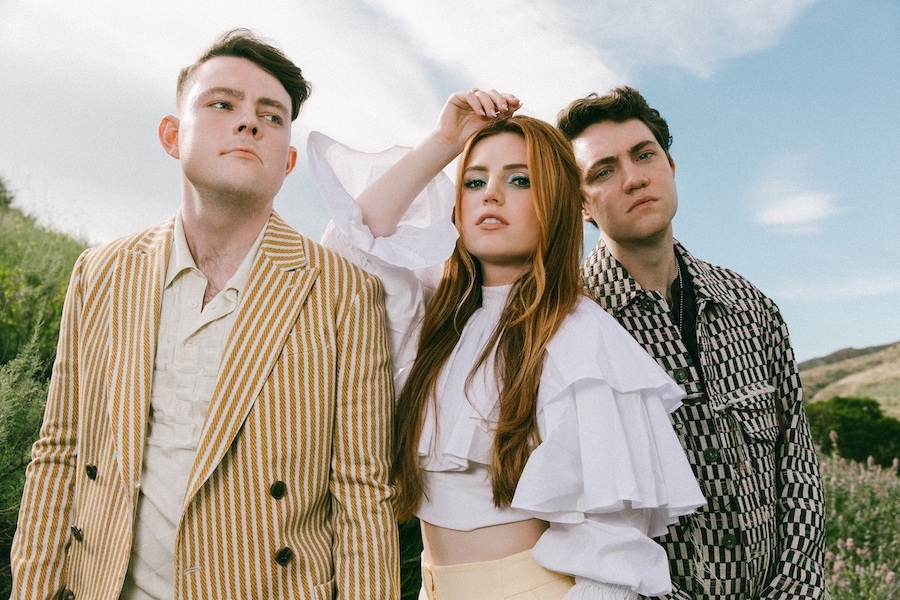 Q: I’m previewing your show in Toronto. The last time I did a piece on Echosmith, I talked to your sister – and it was February of 2020. I'm guessing that Toronto show was probably one of your last ones before everything shut down. Clue me in about what happened after that article, and after that interview – not just about the past couple of years, but how they shaped your approach to these new songs.

Noah Sierota: That Toronto show was a total blast. I remember I got really good pizza that day. It was beautiful. And that whole year felt like it was going to be this exciting moment for us, where we put out an album; we were ready to take on the world. And then the world kind of fell apart, as we all know and experienced.

And I think for us, we spent a lot of that beginning kind of just waiting for everything to open back up. We were, still at that time, really excited about that album. We had put it out only in January and thought, “OK, we're gonna spend the next year or two really pushing it, getting things moving forward, and showing the world these songs we spent a ton of time writing.”

And then obviously, as we all knew, it took a long time for things to come back. And because of that, we ended up waiting a lot longer than expected. And we got to just talk a ton. “OK, it feels like all of music, as an industry, is like completely changing now. What are we doing? How do we fit into that? Why are we doing this? Should we even be doing this?” You know, this kind of like existential crisis that I think everyone in music suddenly had been experiencing.

And for us, we really got to recenter ourselves. Kind of almost like rebrand the way we think about music itself, and the purpose for it. And I feel like we've always had a very global understanding of our music, and how it can be a part of people's lives, and care for them and be a way that we can communicate our story to other people. But I think the reasoning for that got even deeper. The passion for that definitely got even deeper. And that obviously leads quite well into songwriting, and the impact that we want to have with the stories that we do tell.

It's been really sweet on this tour to get to talk to a lot of fans that have been listening to our music for a long time. Some that are pretty new to it. But just to hear their stories, and how our music has been a part of their story – has been a part of their life; how it’s kind of been like that soundtrack through beautiful moments, difficult moments, all sorts of things – that really has been pretty amazing. And it's been a really intimate, beautiful time with all these fans.

I'm so glad we're back out. So glad we're putting out new music, giving just more stories out, because we've gone through a lot over these last couple years, and I'm just glad to be here.

Q: Part of what has been said about your new music, and your new approach to music, is that you really want to define yourself, as opposed to having other people define you. So instead of me trying to put a definition on what Echosmith is in 2022 – you tell me. What is Echosmith in 2022? How do you want to be defined as a band in this day and age?

Noah Sierota: Yeah, I appreciate that. I mean, I think something that we really care about with our music and also the way that we're sharing our new music is this sense of intimacy. I think music has been a very, very strong and beautiful bridge. People can experience their emotions and talk through their emotions. For us, it's been the case. …

We wanted to create art that becomes like an intimate part of people's lives; that they're able to use when they're happy, when they're sad, when they're going through just the human experience as a whole.

I think, musically, we've been doing a lot more – I don’t know – wild stuff with the production, and trying to figure out more and more how the music can be a part of telling that story.

You know, it's always like, “The music sounded cool,” and all that is great but, if the music can be a part of that message – with the lyrics to be able to really communicate in every sense the story, the fashion that we have – that’s what we aim for.

And it's feeling more Echosmith than ever before. We have taken on a lot more ownership. I've done production for the band for a long time, but I think we felt a lot more freedom in that, as I've been producing. And Sydney and I have been the ones writing, honestly, most of the songs that we're going to be putting out. Just us two, brother and sister, sitting in my studio writing music. And that feels really special, because we all, as a family, have a really good relationship with each other. So, because of that, I think some beautiful work is coming out of it.

Noah Sierota: I hope that we improve. Obviously, when we put out our first album, we were teenagers. Our understanding even of like music theory and stuff like that, and then especially our understanding of narrative through music, communicating that narrative, and having that be just very, very personal, that's honestly changed pretty significantly from when we first began.

I think, honestly, yeah, the difference between our last album and what will be our next album – and even the songs that we’ve put out – we've tried just to really hone in on our craft. We've spent a lot of time on trying to nail down like, “What is it that we want to be doing with our music?” And, obviously, out of that comes more interesting whiteboard changes, more interesting musical moments – just things that feel, I don't know, just more who we are today.

And I hope there has been growth, because I do feel there's been a lot of personal growth on all our parts as a band.

Q: With regard to redoing “Cool Kids,” it's interesting to me that you decided to do that because, of course, that song is not very old. And it's also been very, very popular; very, very successful. Even recently, we saw the impact that it's had on TikTok, with all of these people stating and showing what the song has meant to them. So, what was the impetus, then, to go and change it, and to tweak it the way you guys did?

Noah Sierota: Well, I think a very interesting development within social media has been the way that people take other people's stories and then make it their own. Find ways for their own story to kind of correlate or coincide with a form of art. And obviously, the “Cool Kids” trend has been a pretty significant example of that.

For us, we were seeing all these people telling – yeah, as you were saying – their personal stories, their experiences. Some really, like, silly things, but also some really beautiful, powerful stories of people being very triumphant through pain, through difficulty, through sickness – all sorts of things.

And because of that, we were hearing our song, obviously, all the time, but then asking ourselves with that listening, like, “What is the song to us now?” We were basically kids when we wrote it; we're all in our 20s now, trying to do adult life. “What does the song mean now?”

We just were chatting and working on some music in the studio anyway. And then we wrote that bridge – and that kind of was the impetus, right? “OK, this is what we should do. We should recreate this, and make it (ours)” – not that the old version wasn't our version, but now it feels like it's ours today.

And it's become, obviously, a very global song. It's always been the song that we love to play live, and now adding this part where we get to bring our own story into it even more, through that bridge, it makes for a really beautiful moment in the live show. I think in the recording, you feel that passion; you feel that narrative working out.

Q: What can people expect in Toronto?

Noah Sierota: Well, in Toronto, I think you all can expect a very, I'd say, exciting show. I mean, honestly, we have put so much work into the production of the show. I mean, we've never, ever, ever had a show this complex. And honestly, like all of that work was for one purpose, and that's to create this intimate experience where us, as a band, and also the fans experiencing it, can feel and experience the stories that our songs are trying to tell.

We’re not just there to perform or look cool – whatever that means. We really are there to create this experience where we can, as a community of music listeners, and music creators, come together and say, “These are our stories. We're here together, because we all connect to these stories.”

So, like, honestly, even if someone's like wondering, “Oh, should I go alone? I don't know. It feels weird.” I get that. I've been to concerts alone. And it is kind of odd walking in. But we really hope that everyone there can experience community. Everyone there, if they’re coming in with 10 other friends, or just by themselves, we're all coming there to commune over this music. To commune over storytelling. Commune over the intimacy that music can bring.

And I really am excited about that. We've put a lot of work – honestly so much work – into making that feel, I don't know, very real. And obviously, a lot of the fans, after shows, have been telling us that. Like, “I've never been to a show like this. This feels really intimate. This feels really beautiful.”

I don't think we're the best band in the world. But I hope that we are able to help people feel less alone. They're able to feel that desire from our hearts to create a safe place for everyone there. Just to relate to one another and have a good time.