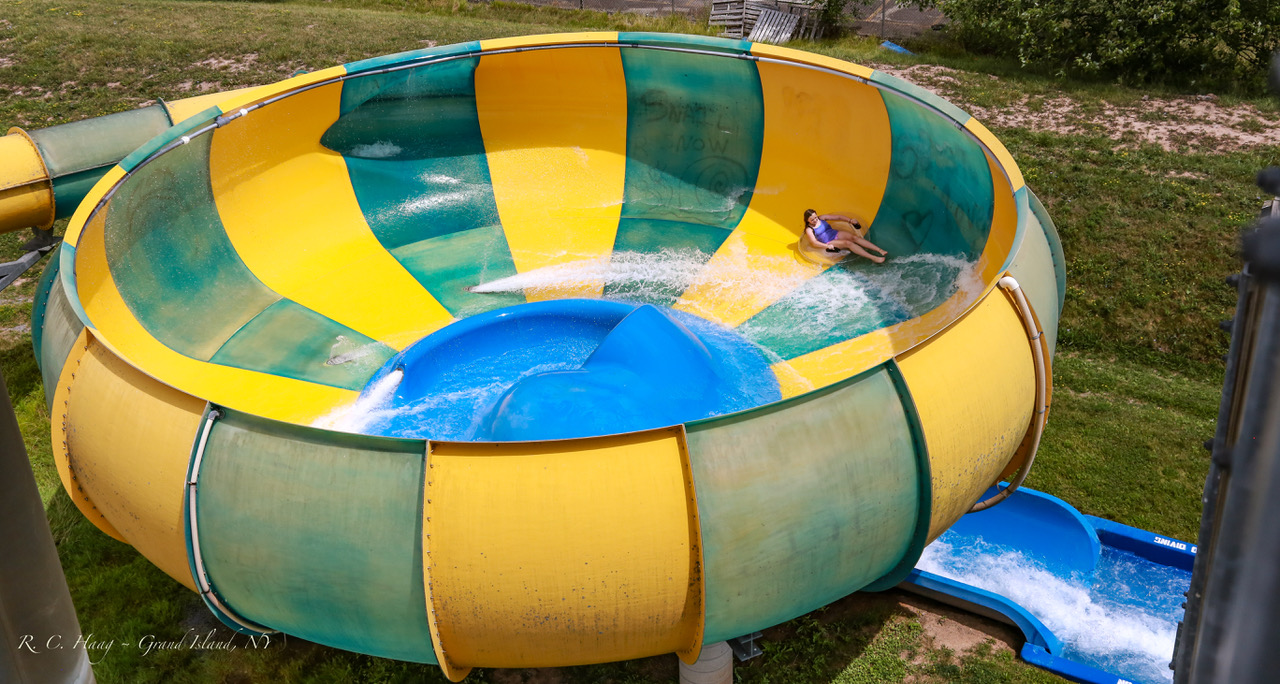 Niagara Amusement Park & Splash World unveiled its newly added attractions of Western Town and KiddieLand to the media on July 28 amid cloudy skies but a sunny optimism for the park’s continued growth.

“We’re very proud to have open what we do,” Director of Operations Gary Fawks said. “That being the Western Town, the KiddieLand and the Splash World.” The tour was part of the park’s observance of National Waterpark Day.”

Popular features such as the train ride, bumper cars and the shootout are back, and in the next few weeks, the park is expecting to open some additional major rides in a small portion of the midway.

“We are working on the Silver Comet, which is a fan favorite here, and we feel like we’re close to having that ready to run,” Fawks announced. The ride is a wooden roller coaster modeled after the one that was so popular decades ago at the former Crystal Beach amusement park in Canada.

In the offseason, the park will be working on the rest of the midway rides.

“We’ve got lots of exciting plans for new rides, new attractions. Some of them are classics and a lot of them are going to be new to this area and new to this park,” Fawks said.

“We feel like, as we get the park finished, that the folks in the are going to be proud of the product we’re bringing,” Fawks said. “We feel like we can attract that tourism market in, which will just make the park healthier. I’ve had a lot of conversations with the hotels, both on the Island and Niagara Falls area. They’re excited about partnering and promoting each other.”

“We wanted to embrace the region and felt like one area where maybe some of the prior owners missed an opportunity was to market more towards the tourists,” he said. “With 12.5 million people a year coming to see the Niagara Falls from the U.S. side, alone, we don’t need to capture a huge percentage of that to really grow our attendance, which is what’s going to be a key. 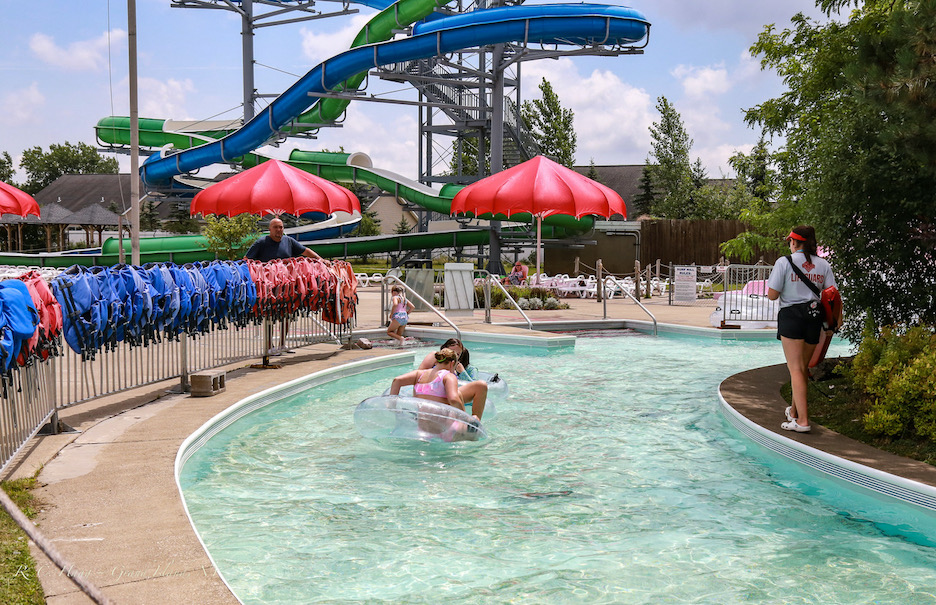 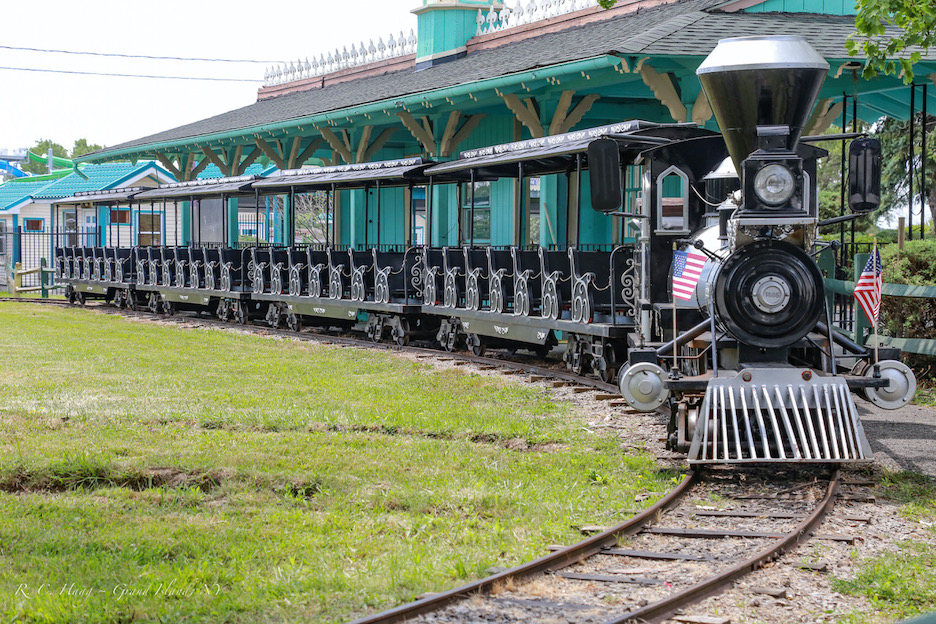 The park opened this Memorial Day for its second season under new management. And on Labor Day 2021, it launched with a splash, literally, as the Splash World water park was the first to come on board. Opening day last year saw a sizable crowd of mostly families, eager to plunge in and test the waters at the refurbished slides that glistened in the broad sunlight of a new day for the former Fantasy Island.

“We ran the traps on the water park, getting everything fixed, getting it repaired, working with the Health Department and the state to make sure that all the things that needed to be done were getting done,” Fawks said. “That allowed us a much smoother opening this year.

The Splash Park, built in the 1980s, is a first-generation water park.

“The manufacturer of this ride no longer exists. So it’s a lot of TLC to get these (slides) up and keep them running,” Fawks said.

Splash World is made up three adult slides, the children’s slide, the Lazy River and a children’s play area.

The water park rides include Double Dare Falls, twin racing slides; Lazy River, a nice, easy-going float through the water that is probably the most popular attraction, Fawks said; the Cannon Bowl; a kiddie play pool with a kiddie slide; and the Dragster Drench, also a racing slide.

After Splash World, the next stop on the tour was the popular Wild West Shoot Out and Golden Nugget Saloon stage show. It features an enthusiastic young cast of cowboys, cowgirls, heroes and villains staging a gunfight in the streets, as well as a train robbery.

In Western Town, young actors came out and put on a mini-show, roll-playing Western characters such as Calamity Jane and Pearl Hart.

Then it was on to KiddieLand, with a dozen rides and several more on their way. Fawks said they worked all winter and spring on KiddieLand.

“The weather was not really friendly to us this year … in the spring. But we got past that and got that open about two weeks ago,” he said. “We’re very happy with the product and the reaction. We’re still putting in a few rides.”

Fawks said a lot of the kiddie rides are classics, older rides “with a nod toward the Allan Herschell folks right across the river” in North Tonawanda. Niagara Amusements has some of the Herschell rides in Kiddie Land. Fawks said that they are talking about cross-promoting that connection with them. “To let people know that they’re here and also to recognize the history of some of the rides we have.”

The Herschell Carrousel Factory complex produced wooden carousels into the 1930s, as well as other kiddie rides. The Herschell Museum contains exhibits and demonstrations of the art of that era, as well as two operating carousels.

Also at KiddieLand, the Gunslinger ride is a throwback to the popular Scrambler. Another ride that opened late last month is the Niagara Helicopter Tours. The child sits in the pilot’s seat and steers the craft higher and lower at will.

Fantasy Island originally opened in 1961. The current KiddieLand is where the original park began, and it slowly expanded under three or four different owners, if not more, Fawks said. “It went back and forth between some individual owners, family owners, corporate owners, so it’s got a long, rich history here in the area.” 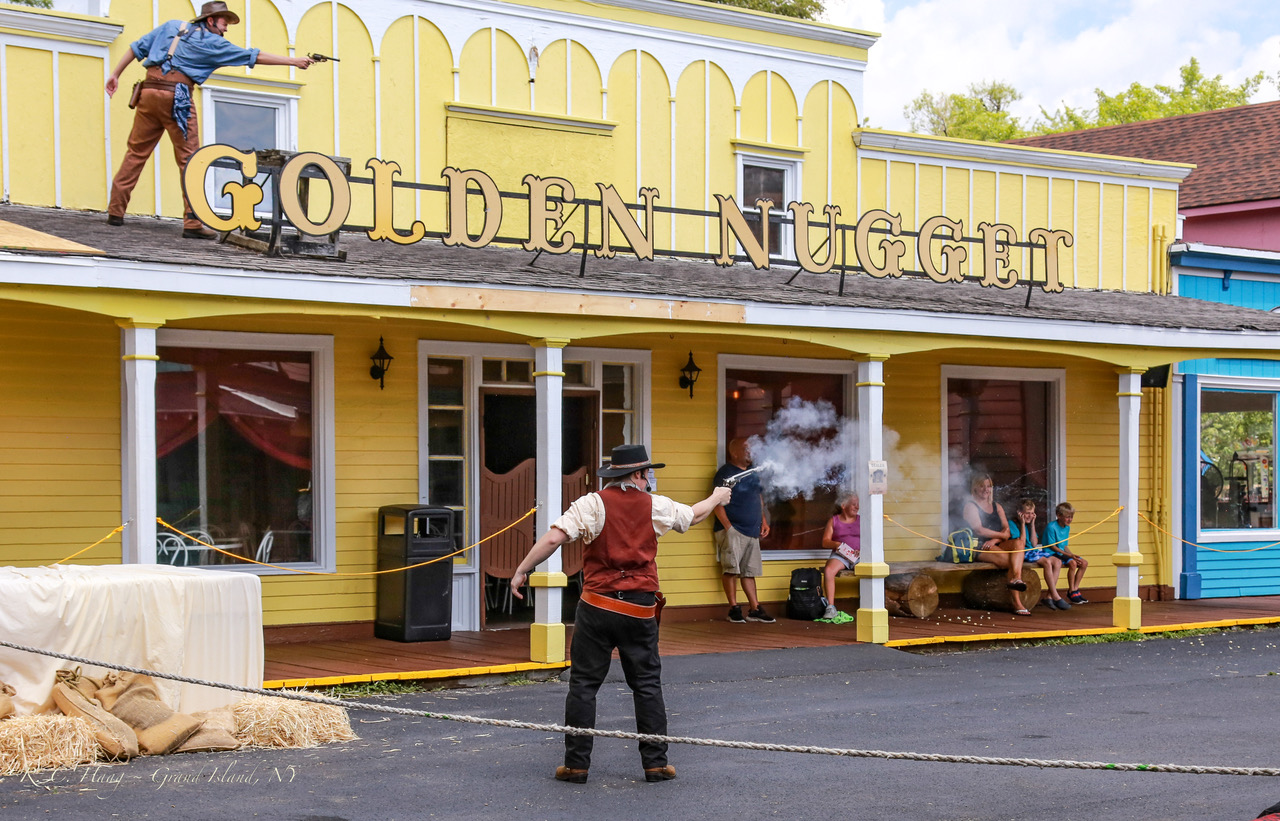 Fawks said the company debated the names and came up with Niagara Amusement Park & Splash World for a wider audience than Grand Island and its neighboring communities. But there will be rides and ride names that pay tribute to the Fantasy Island legacy of the park. There are already two gift shops and several restaurants, bringing back some of the perks that came with a visit to Fantasy Island. A sweet shop will open soon, with candy, funnel cakes and cookies among the offerings.

IB Parks & Entertainment, under the leadership of Gene Staples, is adding attractions as it acquires and sets them up. Staples’ company is operating under a long-term lease with current property owner Store Capital. Staples also owns parks in Indiana and New Jersey. The previous owner, Apex Parks Group, closed the park in February 2020.

“A lot of what we’re doing here is going to be in phases because of the amount of damage and neglect from a number of years of sitting with just urban explorers coming out,” Fawks said, using his term for the graffiti artists who tagged buildings as they roamed through the abandoned park. Vandalism and disuse reigned and many rides were sold off, so IB Parks and Entertainment is working to rebuild on many fronts.

“I call it a generational park, because you’ll be standing out here, walking around with a grandmother who says, ‘I came out here when I was a kid, I brought my kids, now I’m bringing my grandkids.’ And that’s such a warm feeling that those people – actually they say thank you for reopening the park because they’re just so happy that a little bit of their family history is also preserved,” Fawks said. “Our goal will be, obviously, to make it a park for all ages.” 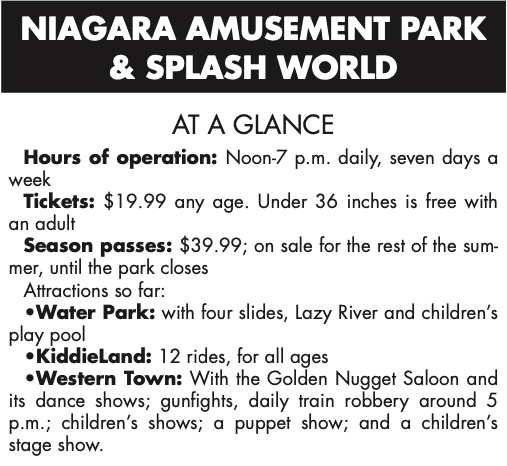