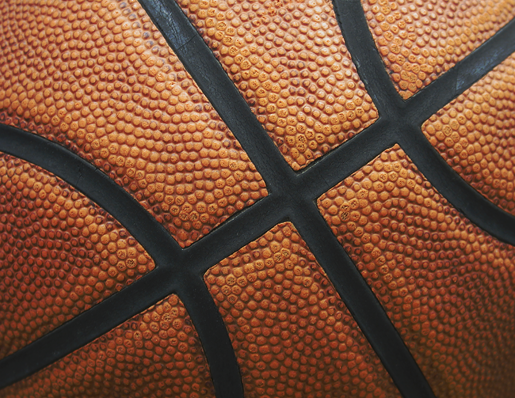 It is possible to reach Victory - on and off the court

Victory Academy – a middle school AAU basketball organization in the Xenia-Dayton, Ohio, area – is a newly founded, faith-based program focused on providing an experience involving faith, fundamentals and fun through the teachings of the game of basketball.

“Fun, enlightening and important. So far my experience with the Victory AAU program has helped with my confidence as a player. The coaches have been good to me, and I thank Brad for the opportunity,” Rocco Demartino said.

Rocco, a player on the eighth grade Victory AAU team, had his confidence altered when he was not selected for the Xenia Middle School travel team.

“I played another year of YMCA basketball. But I wanted to play against better competition,” Rocco said.

“Opportunities for kids are hard to come by in Xenia,” Brad Newsome said.

Newsome is the head of Victory Academy, which branches off to Victory AAU. The establishment of the Victory AAU program makes it possible for kids in the community to compete at a higher level, while staying close to home for practices. By providing an AAU team, Victory offers an opportunity to overlooked (but overly committed) kids who are passionate about playing the game of basketball, at the junior high level.

Victory AAU is the first AAU program open to junior high boys and girls in the Xenia area. The establishment of Victory AAU as an organized program in Xenia creates convenience for aspiring basketball players in the community. A convenience that creates comfort and unity within the program.

“Playing with Victory, it’s almost like we are a family. We practice with the seventh graders sometimes. All of the coaches tell us to compete, but also to remember that we represent one team, Victory,” Rocco said.

Being a newly formed program requires a search for people to fill positions. Victory focuses on helping those who are a part of the organization take victorious strides in sports and in life. In particular, on the court and off of the court.

But what is a pack without a leader? What is a team without a coach?

“When I got the opportunity from Brad to coach this group, I could not say no,” Eliyjah Fields said. Head coach of the eighth grade Victory AAU team, Fields is young, but capable. At 19 years of age, Fields already has led two teams to win two championships in only two full seasons of coaching.

“I believe I am competent to coach. I am currently 23-1 as a head coach. I know I am young, and I don’t necessarily have as much experience as other prototypical coaches. But that doesn’t stop my mission,” Fields said.

Fields was not just given this position because he believed he was competent, but Newsome believed in Fields, too.

“I have spent a lot of time with Brad. “This gave me the opportunity to ask him questions about things I was curious about, concerning basketball. Brad coached me in junior high,” Fields said. A relationship that continues to grow, Fields and Newsome are the main contributors to the Victory AAU program. Given the status as a coach, Fields has not forgotten who exemplified the role for him. “Brad taught me how to be a student of the game, and how to win with class," he said. 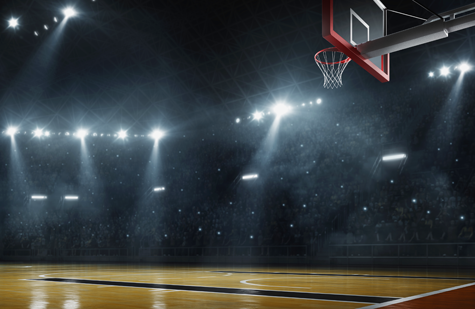 As a young coach, Fields is determined to instill an overall objective as to why he wants to coach. As much as he wants to win, he wants his players to have success in many facets of life.

“That is my mission. I want to coach winners. Kids who can win on the court as well as off the court. I just want to be someone who helped them along the way,” Fields said.

The determination of Fields and his mission is vouched by one of his players, Owen Smith, who was with Fields for his only two seasons as a head coach. Smith is currently playing for Fields on the Victory AAU eighth grade team.

“Coach Fields has helped me improve as a player. What I like about coach Fields is that he gives me challenges, in season and out of season. He also texts me often, just to see how I am doing,” Owen said.

“Victory has given me a chance to play at a higher level with coaches and teammates that I like. They care about me,” Owen said.

Victory gives an opportunity and a chance at victory. For these players, Owen and Rocco, the opportunity is to play for a more competitive team, while still developing their skills, leading to the chance to prove themselves as players.

“I am currently a student at Marshall University. I have the privilege to learn under the women’s college basketball coaching staff. That was my first opportunity to further my basketball knowledge. I view my opportunity with the Victory AAU program as a chance to apply the different coaching philosophies and tips I have learned from the coaching staff,” Fields said.

It could have been easy for Rocco and Owen to throw in the towel when they were not selected for their middle school travel team. The feeling of defeat could have driven them to doubt themselves. Sun Tzu said, “Victory comes from finding opportunities in problems.” In the midst of a problem, they saw an opportunity, which led them to Victory AAU. The problem of being passed up and overlooked by their middle school team allowed them the opportunity to play for Victory instead. All they needed was a chance.

In order for someone who lacks a chance to get a chance, someone must take a chance. For change to happen, someone must make change. Making a dream come true requires one to first dream. Who created the vision for Victory AAU, Victory Academy? “I am a dreamer. I went to the organization I worked for, at the time, with this vision. They did not view it the way I envisioned it. So, I started it on my own,” Newsome said.

Newsome has a history of making change and turning programs around, as he has improved each team he has coached. In the years of 2018-19, Newsome won coach of the year after leading Legacy Christian Academy to its best record in school history, 20-4 overall. Newsome also was a part of establishing a program in Xenia called Xenia Elite, back in 2014-15. Newsome coached fifth graders when a part of Xenia Elite, finishing with a championship and a 44-9 overall record.

“It’s really about impacting and reaching the younger generation for me,” Newsome said.

The Victory AAU program accomplishes that desire. By offering an AAU program in Xenia, Newsome provides a chance for kids to get exposure. But that is not his main focus.

“What makes Victory unique is that it is a faith-based organization. Kids can travel to Columbus, Dayton and Cincinnati for teams, but they will not find a faith-based program. I believe that, with us being faith-based, and with my extensive coaching experience, it makes us unique,” Newsome said.

What Victory does is simple. Victory focuses on developing well-rounded individuals, whereas other programs focus on developing well-rounded players. It is bigger than basketball with Victory AAU. Players like Owen and Rocco, who were not given chances elsewhere, are able to play with a program that allows them to gain the experience they felt deprived from. They can flourish as players due to the coaching and development the program provides. Instead of sulking about one missed opportunity, they are soaking up knowledge, experience and fundamentals with the Victory AAU program.

“Being a part of Victory means a lot. Being in a faith-based program is great. I am glad to be playing with Victory,” Rocco said.

“It means a lot to me that the program is faith-based. I also like that it is in Xenia, too,” Owen said.

Victory AAU has created unique opportunities in an area where opportunity is hard to come by.