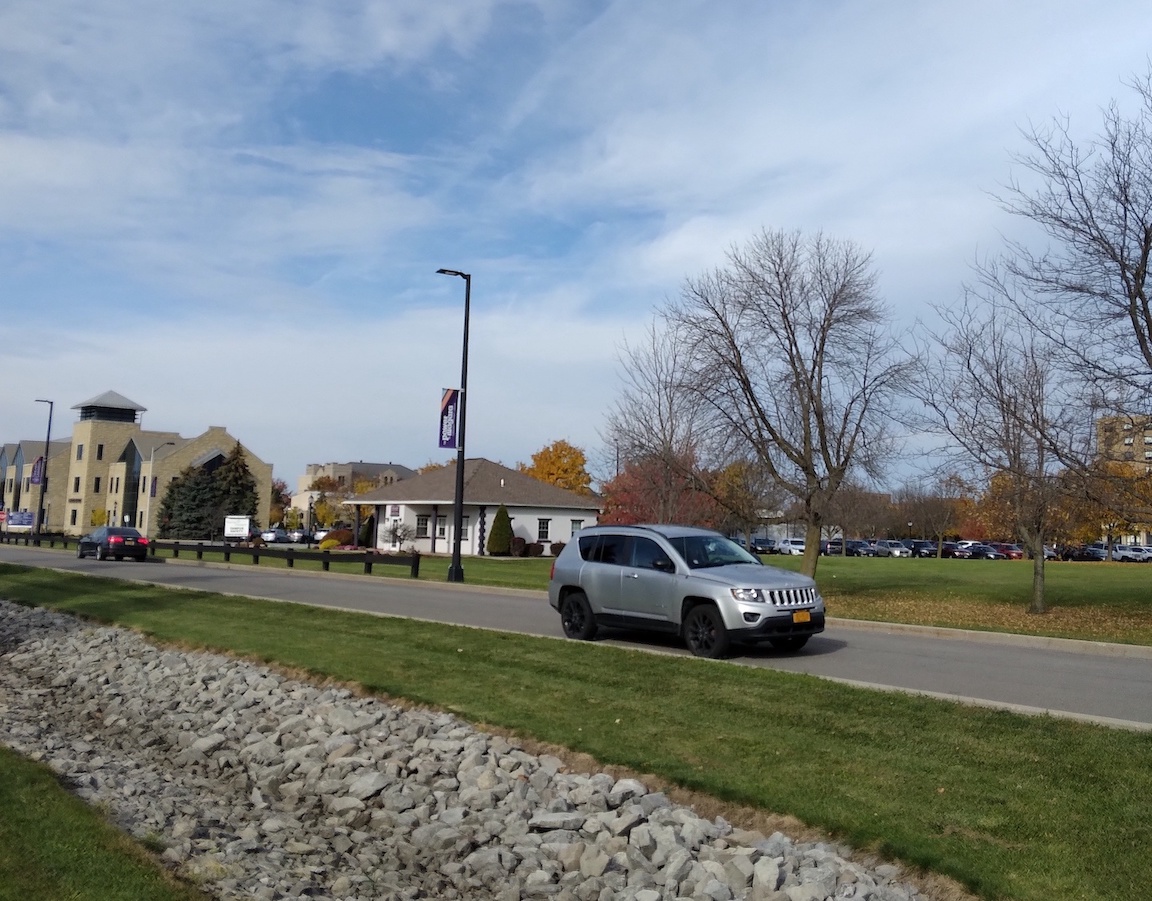 Misconceptions on college, starting at the house

Waking up at 7:30 a.m. and seeing some darkness outside. You get out of bed and realize today is a Monday. Why else would you be getting up at 7:30 a.m.? After getting ready to leave the house, you go out to the car with a cup of coffee and begin your morning commute. You pull into the university, and begin walking to class where you see some friends walking … some still in pajamas. Whether they commute or dorm, they all have one thing in common. They are all college students. Each and every one of them has goals to become a success. Because college is the only way to succeed right?

College ... a word many of us have heard since grade school. A word that scared us, and a word that our families used often. When we didn’t do well on tests, not being able to go to college was a threat. We were all scared, but behind how often it was talked about, none of us thought, “what happens if I don’t go to college? Would I be a failure? Would I disappoint my family?” Society influences the way people think and it increases social conformity; a constant need to fit in.

Where does the pressure begin?

So many kids around the world are raised on the belief they have to go to college. But have parents ever considered the future if that was everyone’s mindset? What would happen to trade jobs, and what would happen to soldiers? Or would everyone have a major, including fast food workers? The issue is the international economy will continue to decline unless a simple misunderstanding is corrected in most households.

It doesn't appear that this is just a scarce belief that nobody else possesses. Niagara University freshman Jersey Haskell believes there is societal pressure to attend college. She goes on to say, “Many people in my family and in my friendships have told me you won’t have a future if you don’t attend college, which obviously isn’t true. There are many other options like trade school, the military, or remaining in the workforce.”

She mentions briefly about her family and how something that so many of us perceive to be true at the household is actually false.

Like Niagara University’s Haskell, Hilbert College freshman Jamal Harris has some overlapping thoughts. “From a very early age, I had no doubt I was going to college, wherever that may be. I remember asking my Dad if we had the money for college and his response to me was, Yes, we do, you’re going to college. I have never worried about it since” he said. He said he was around the age of seven or eight when his parents talked to him about this. “My parents put the idea in my head and nothing has clearly changed since then.” Harris plans on majoring in communications, to hopefully become a sports analyst in the future.

An issue across the world?

To prove that this is not only just a national issue in the United States, Niagara University freshman Lars Roedne from Norway shares his thoughts on the urgency to attend college.

“My parents said it was up to me to pursue college; however, they highly recommended it. I wanted to play hockey at the college level as a kid, but I knew that wouldn’t be my future, so workforce goals had to be considered,” said Roedne.

Roedne is a forward on the men’s Purple Eagles hockey team, this being his first year at the D1 level. He did mention his parents, unfortunately, never talked about the other options with him. It was playing a sport that sent him to college where he decided to claim a major in finance.

So, after all of this, does college make you a more successful person than others who chose not to attend? Some comparisons from common trade jobs and college jobs put out remarkable salaries for both options. So for people who are only encouraged to look at colleges and avoid trade schools, be sure to check out College Finance. There, you will see it is “hard to compare apples to apples.” It was identified that the average salary for a high school graduate is $31,990 per year and for college graduates, $51,780. “That did not account for differences between high school graduates with trade certificates and those without them.”

Not only are the salaries a common misconception, but what about prices to actually attend school? Trade schools are much cheaper to get into than a private or public university. A lot cheaper. If you haven’t made up your mind on what you want to do for the rest of your life (that’s very difficult to think about when you're 17-18 years old) then why spend your money on a university that you don’t know if you’d need the education for? Why not start out with studying a trade?

For those who know what they want to study, college however, does offer varying degrees of success, with a shocking selection of majors that students can choose from. College is chosen over trade schools because of the ability to find a higher paying job at a younger age. Northeastern University claims that colleges offer a positive return on investment, as well as many other benefits.

If neither of those ideas seem like future career options, then there is also the military. The United States Military offers a variety of benefits whether that be the honor of serving your country, medical care, or a pension.

It takes courage to point out mistakes that your parents may have made. It takes even more courage to identify your faults, and only improve them. By now being aware of the misconceptions that many families have based on college, future generations will hopefully be aware that college isn’t for everyone, and that society as a whole shouldn’t be the deciding factor of your life’s goals through pressure.

At one point in history, jobs were primarily focused in the trade department. Those blue-collared jobs have become scarce, as many people began to assume college is the most successful option for everyone. College has shown previously that it has produced some of the world’s finest people and most brilliant people. However, trades and the military can do the same; families just need to realize the successes that each of those branches had in the past. It is time to further enlighten society.