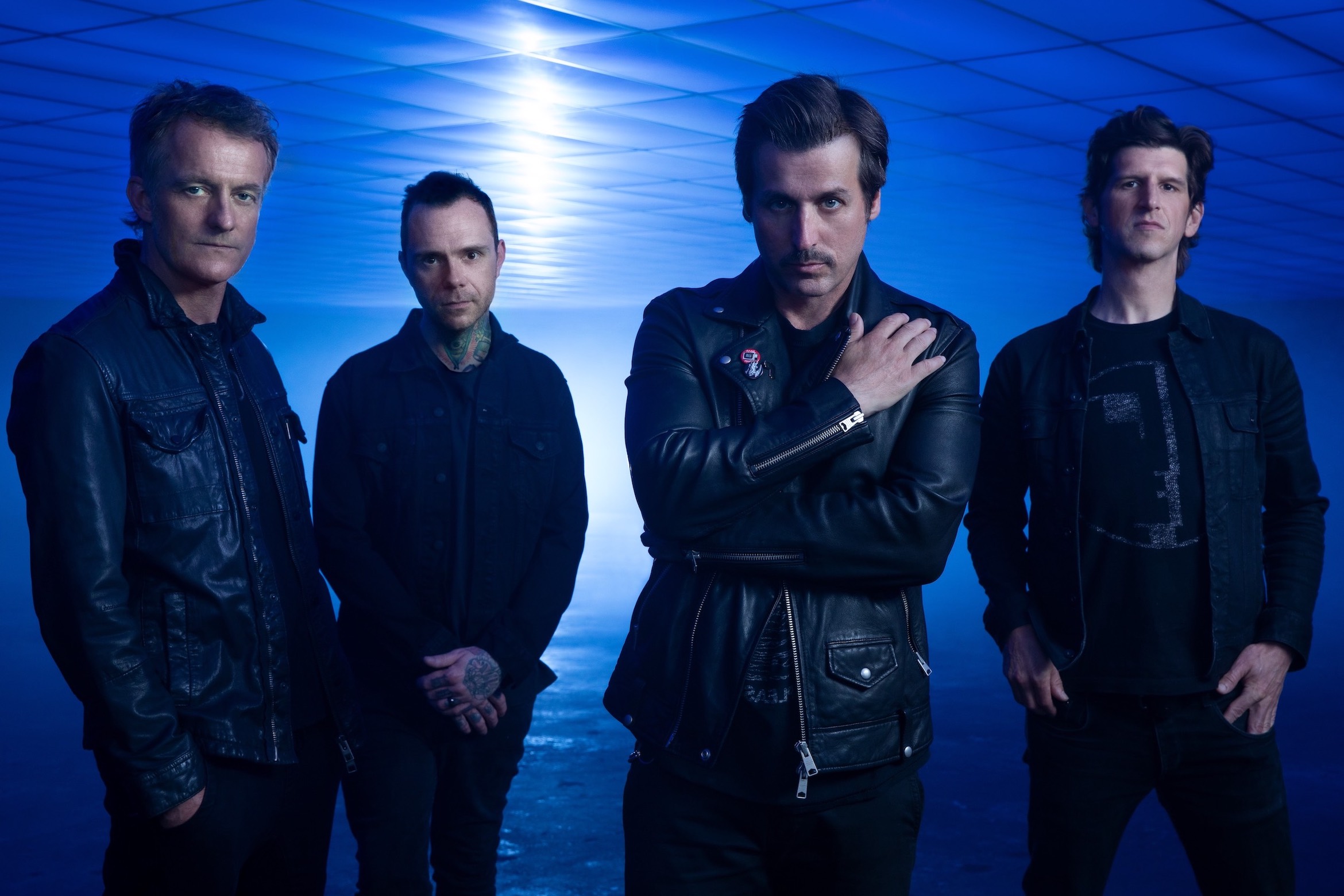 Our Lady Peace returns to Buffalo for one of the band's first full-fledged, postpandemic concerts. (Images courtesy of Shore Fire Media)

Our Lady Peace to give away free music to fans at (or near) Buffalo show. No, really.

If Western New York has a Mount Rushmore of touring acts, Our Lady Peace is definitely etched in stone.

Whether they're outdoors in Lockport, inside the Rapids Theatre in Niagara Falls, or at the Town Ballroom in Buffalo – where OLP is set to perform Monday – shows sell out fast.

And with good cause.

When the Canadian four-piece takes the stage, fans know they’re in for around two hours’ worth of hit songs. “Superman's Dead,” “Clumsy,”  “Automatic Flowers,” “Somewhere Out There,” “One Man Army,” “Naveed,” “Starseed,” “Angels/Losing/Sleep,” “All You Did Was Save My Life,” “Drop Me in the Water.” These are songs that helped define rock music over the past two-plus decades. They’re catchy, fun and poignant – crafted with lyrics that make you think (and hopefully take action to make the world a better place).

The added bonus this time around: OLP is gifting music from Monday’s show, plus a remix, as part of a new middle-man-less initiative created to better connect with audiences.

Not only will those with a ticket receive these added bonuses, but, for 24 hours, people in and around Buffalo can receive a new version of the band’s “Stop Making Stupid People Famous,” too.

“Anyone that comes to the Buffalo show is going to get it,” lead singer Raine Maida said in a phone interview Thursday. “They just have to download the Drrops app. It's on Android and iOS. If you are coming to the show, you're going to get a certain sick remix by Billy Howerdel from A Perfect Circle, and some really cool, original art.

“And then I'm going to also open it up to the people in Buffalo, because I know there’s fans that can't get into the show because it's sold-out. They're going to get something else. Same remix, but different artwork. It won't be as limited, but they're still going to have the chance to grab this thing for free.

“I think this thing is the new way. That's why I'm so on the NFTs and blockchain thing. I am doing this in four days. People will be able to get this remix by Billy Howerdel and this really cool artwork as a digital asset. I can just do that for the people at the venue, and then all of Buffalo as a city, because we use geofencing technology as well.

“I couldn’t do that two years ago. … It's fun. And then, because you're at that Buffalo show, and you're getting this piece of art, that might qualify you for something else later. And all of a sudden, you're just gonna get something AirDropped in your wallet one day. It's like, ‘Hey, thanks again. From OLP.’ Of course, there'll be stuff to buy in the future as well. But this is just a new connection with fans that we’ve never had; and we can build a community this way that is really, really powerful. I'm really excited about it.” 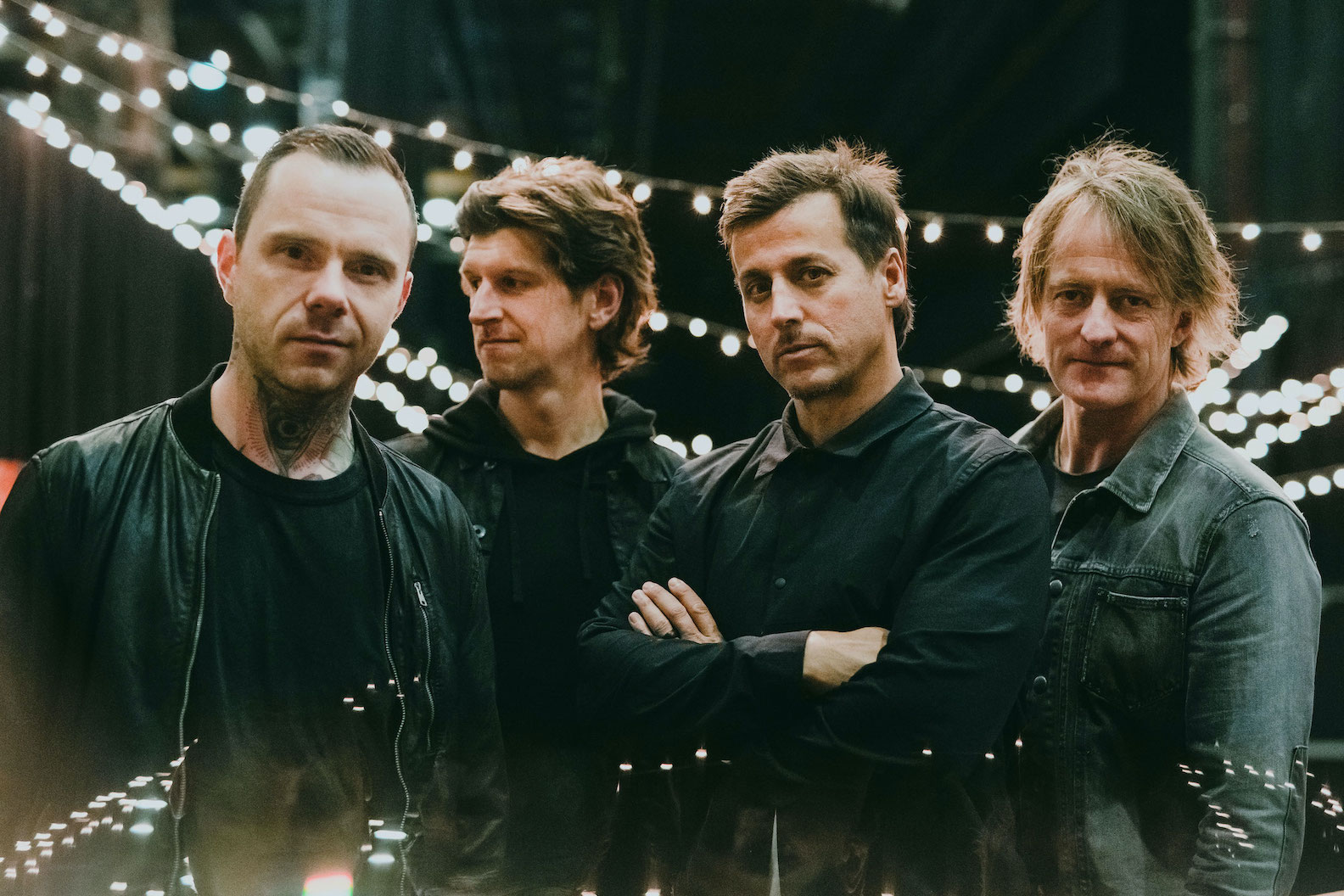 Fans can access new and exclusive Our Lady Peace content via Drrops and S!NG. (Photo by Lindsey Blane/image courtesy of Shore Fire Media)

Maida said the pandemic, which forced his band off the road for more than a year, provided him with time to reevaluate the artist-audience relationship. He got into non-fungible tokens (NFT) and teamed with a site called S!NG.

“There's this paradigm shift that happened for me on the creative level that I'm more energized than ever,” he said. “And it's not just about getting back to live music. It's the future of music. It's a future of what some technology adds to empowering creatives. It's all these things. It's just a really exciting time.”

Maida added, “For the first time – like maybe ever, which is weird – but it was the first time, I think, artists and creators got to reflect on what they do. Like, how it is that they make a living off it, how they actually go about creating – because now they have all the time in the world. If you wanted to make an album, you could.”

He explained, “You had a chance to test out, ‘Hey, this livestreaming – is that an authentic way to talk to my fans and do performances? Could this be something in the future?’ It just feels like it gave creatives, especially, this kind of like, ‘OK, this is a new world. We don't know what it’s going to turn into when things open up again, but like, it's an experiment – this grand experiment.” Which, to me – and I think a lot of creatives – that's exciting. It’s definitely not boring.”

So, as OLP was making a sequel to “Spiritual Machines” – and their recent release, “Stop Making Stupid People Famous” – Maida said they found a better way to share assets.

“Just the fact that I get to think about fans first, that’s amazing,” he said. “I don’t have to wait for Spotify to upload this song and then tell fans, ‘Hey, you can go listen to it on Spotify’ or wherever you listen to music. It’s like, no; you can get it right now. …

“If I wrote a song this morning, or was working on a new OLP thing, I can just load it up on Drrops and give it to people right now. As a creative, I've been waiting for this. Removing those middle layers, being able to go direct to our fans – that's like the ultimate. And we're like literally there right now.

“And by the way, this remix that Billy Howerdel did, it is – I'm not gonna say it's better than the single, but it is so different. I was literally talking to (bassist) Duncan (Coutts) – we might actually want to learn his version and play it at a show, as well as the single. It's that different. And it's that cool. It's like this dark wave; really sick. A remix is not even like the right way to describe it. But I just I love the fact that we're going to give this to fans first, before anyone else gets it.”

“Stop Making Stupid People Famous” is a tongue-in-cheek call to action to do as the title says. In it, he sings, “I've got the feeling we were dreaming when the panic attacked/And we keep making stupid people famous now we're paying for that. … Tell me how you're living.”

“It is kind of fun,” Maida said. “It isn’t so serious. It makes you want to get up and dance – and it has that message. We always try to add a little bit of depth to things. So, it makes you think a bit. … But trying not to be too earnest.”

Through the song, OLP is placing a spotlight on true changemakers through its “Future Famous” initiative.

Maida also is teaming with his wife, acclaimed singer/songwriter Chantal Kreviazuk, on Moon Vs. Sun. They released both new music and a documentary film earlier this year. He will tour with both acts this month.

“OLP’s like this machine. It’s just like this juggernaut thing that you get on stage and it just happens and it’s a thing,” Maida said. “Chantal, when I play with her, it’s like this flower that’s growing in real life.”

He added, “It’s more of like a religious thing when you come to see us play, because it’s not just about music. Music holds everything down, but I think we’re at that point as artists and as partners where, whatever we do behind closed doors, we kind of open it up on stage, too.

“I think that’s different these days. There’s a connection that’s made that way that I think we’re all wanting, because we’ve been so starved for human connection. …

“It’s so different than OLP, which I love, because it’s not competing with OLP. It’s so special. I can’t say enough about it.” 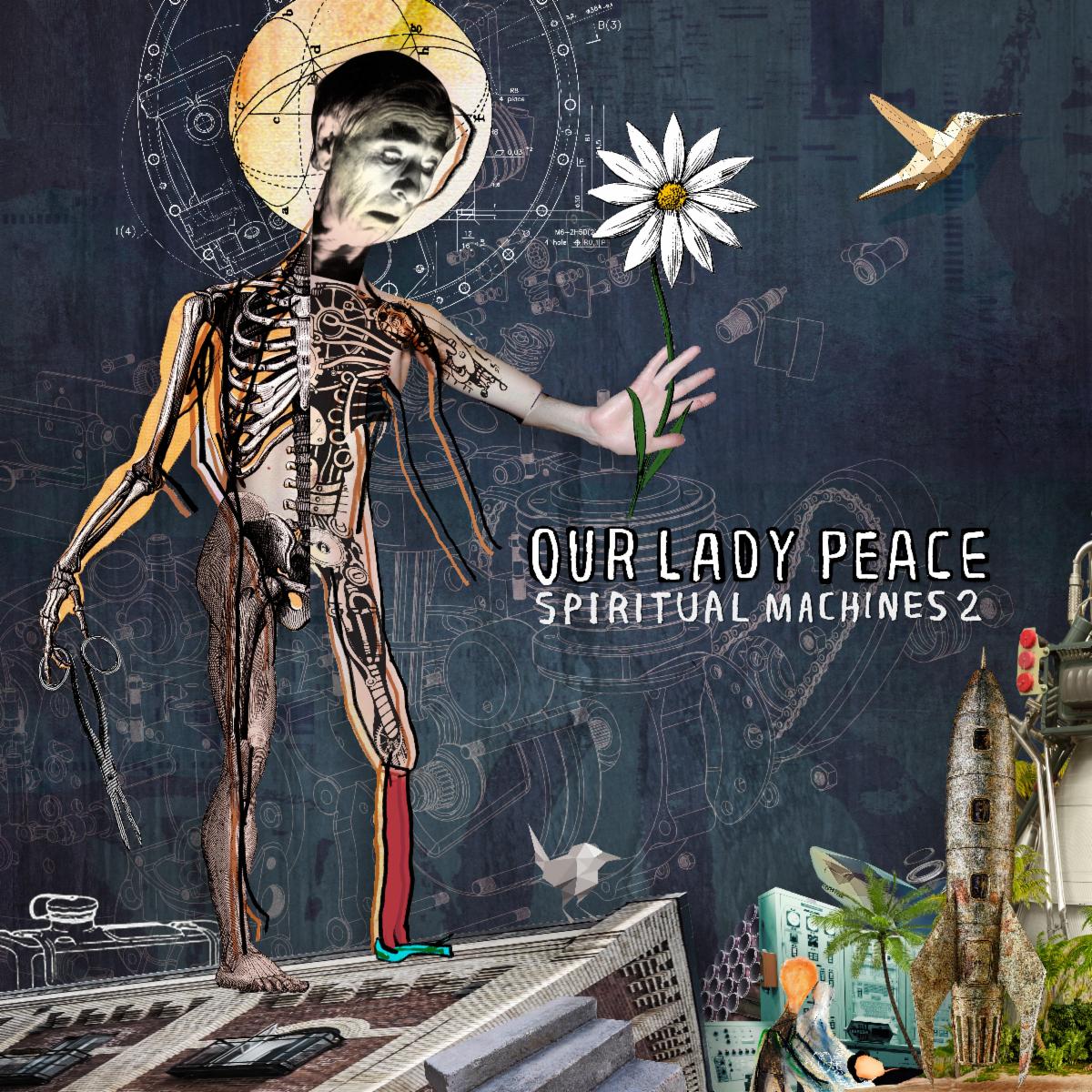