Shanya Davis was crowned the 2021-22 Peach Queen on Sunday night at the Lewiston No. 1 Fire Co. firehall. (Photo by Mark Williams Jr.)

Sunday night at the Lewiston No. 1 Fire Co. firehall, 19-year-old Shanya Davis of Niagara Falls was named the 2021-22 Peach Queen. She received her crown from Victoria Skrlin-Kozak, who took the title in 2019. The scholarship pageant did not take place in 2020, due to coronavirus restrictions.

Davis is a psychology major at the University at Buffalo. The daughter of Kim and Ken Davis plans to graduate with a bachelor’s degree in psychology in the spring of 2024 and continue on to law school to become a family law attorney specializing in child custody and divorce.

Winning the Peach Queen competition is the latest in a long list of accolades for Davis, who is a two-time recipient of the Niagara Falls Boys and Girls Club Youth of the Year Award; won the Kristina Bordelau Scholarship; participated in a United Way fundraising paint night with Wegmans; and, alongside the Phi Alpha Delta Fraternity, participated in a food drive and card-making for nursing home residents. Davis also plays tennis and six musical instruments.

Interestingly enough, the crowning moment of the Niagara County Peach Festival belonged to someone who is allergic to peaches. 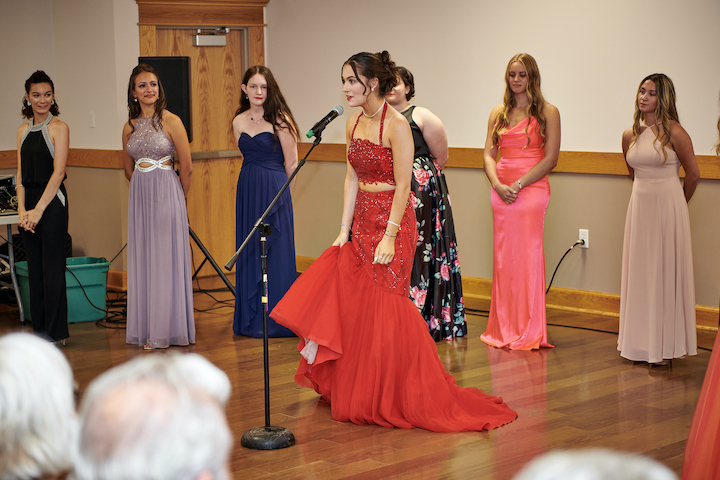 The Peach Queen serves as an ambassador for the Lewiston Kiwanis Club. She also raises money and awareness for a platform/charitable cause of choice.

•18-year-old Isabella Guerrucci of Lewiston, a dance student at UB, was named Miss Congeniality, as voted by her peers. This honor in presented by Don and Janice Laurie, in memory of their daughter, Tara, a Niagara University acting student who unexpectedly passed away in 2004 at the age of 20.

•Earlier on, Kira Martinez was named the Peach Blossom and Carmine Morreale the Peach Fuzz.

Contest finals were set to take place on the recently relocated and revamped Alphonso DiMino Memorial Bandshell at Academy Park, but rain forced the event indoors. 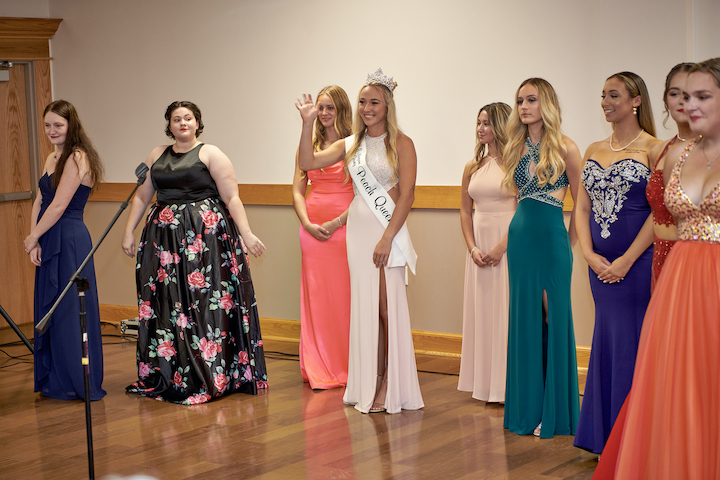 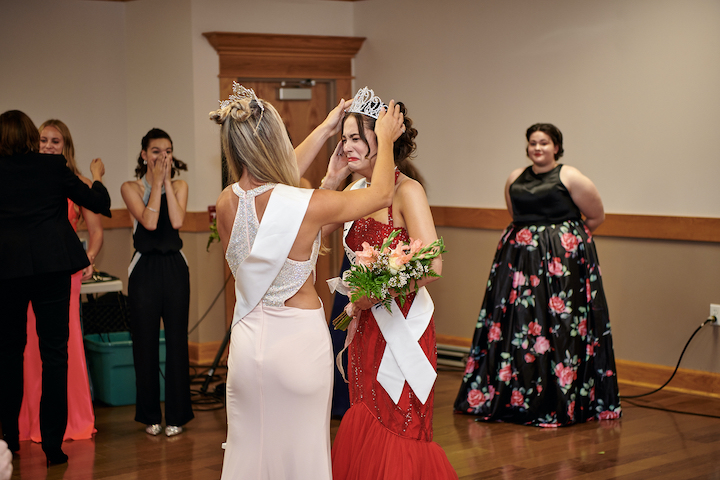 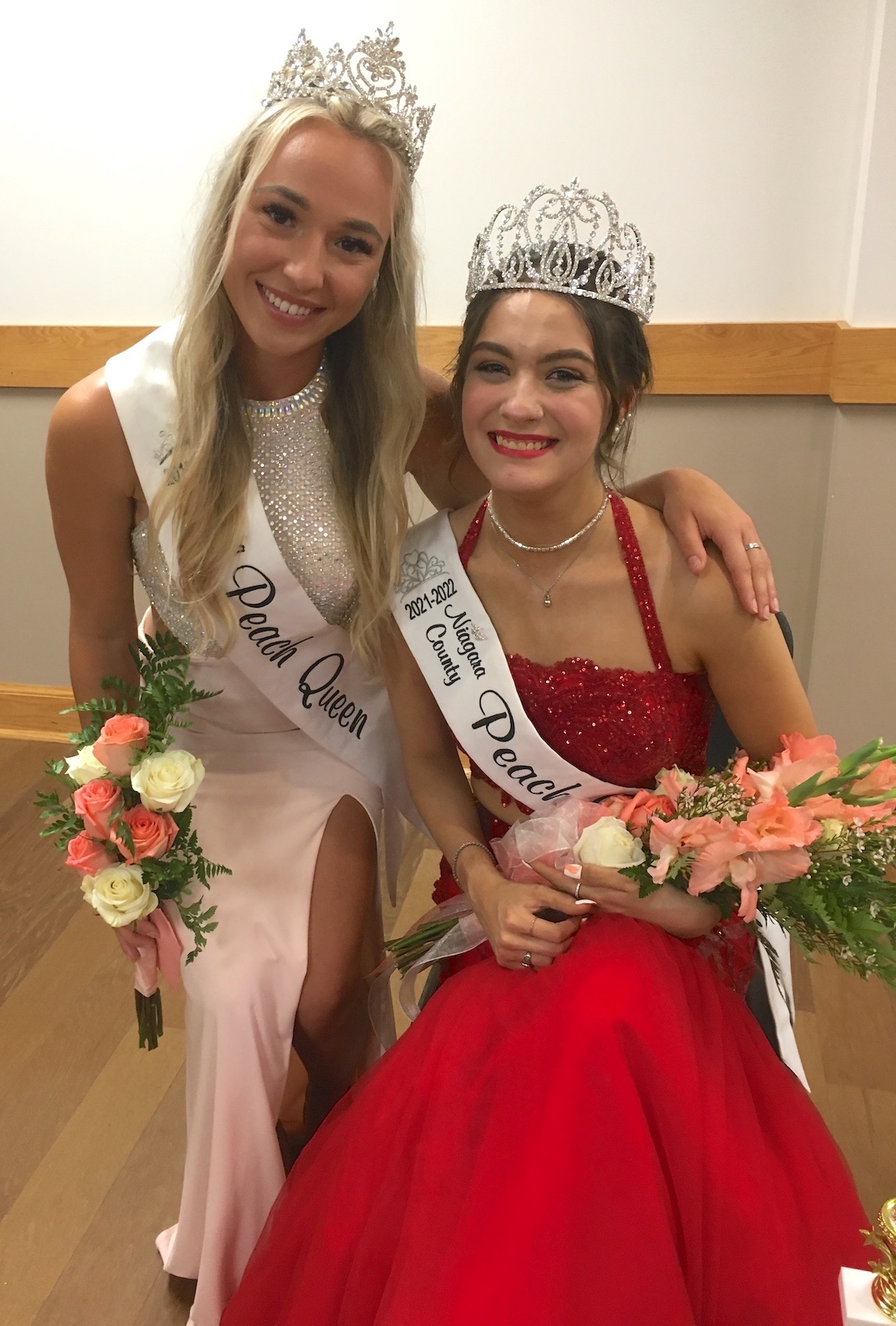 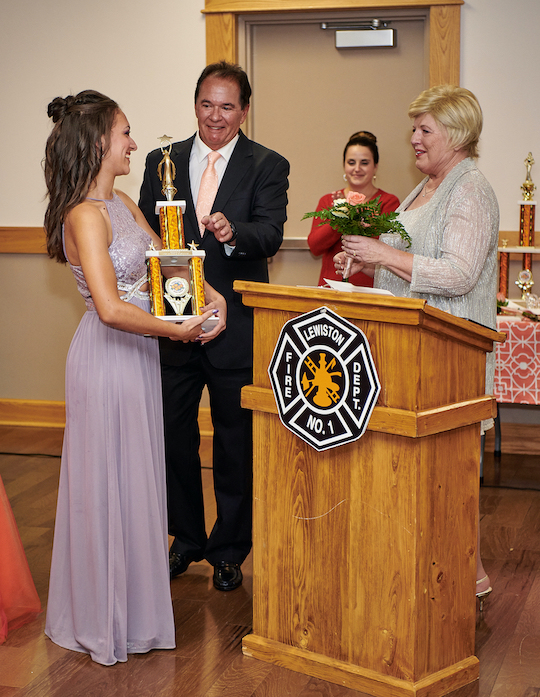 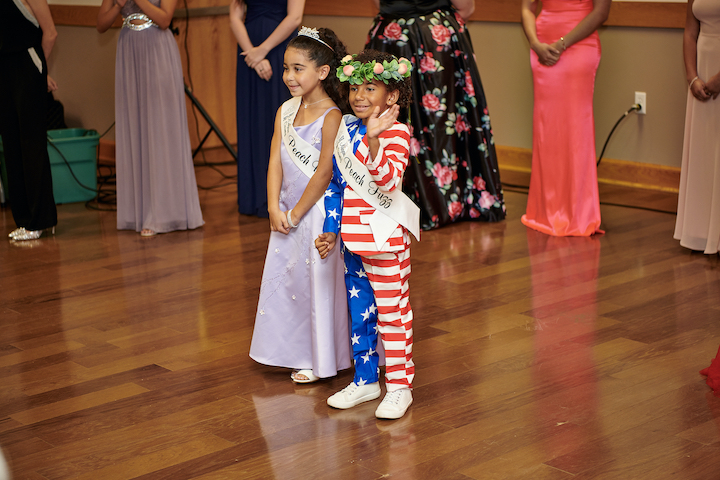 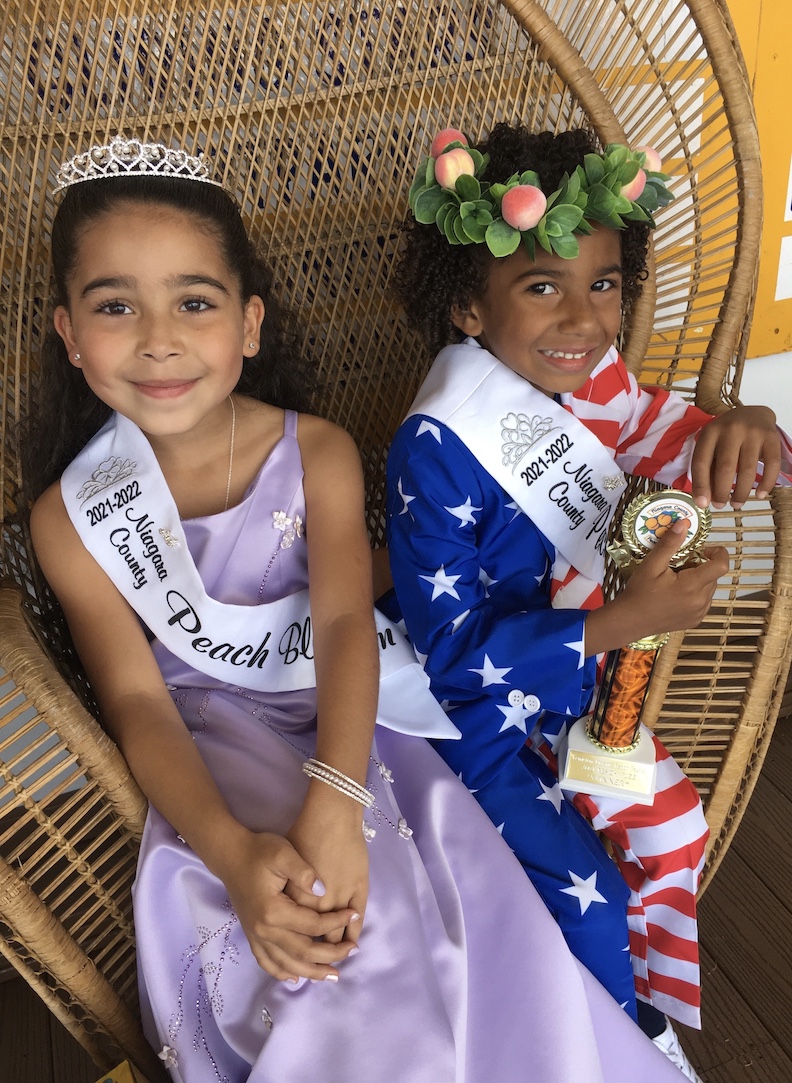 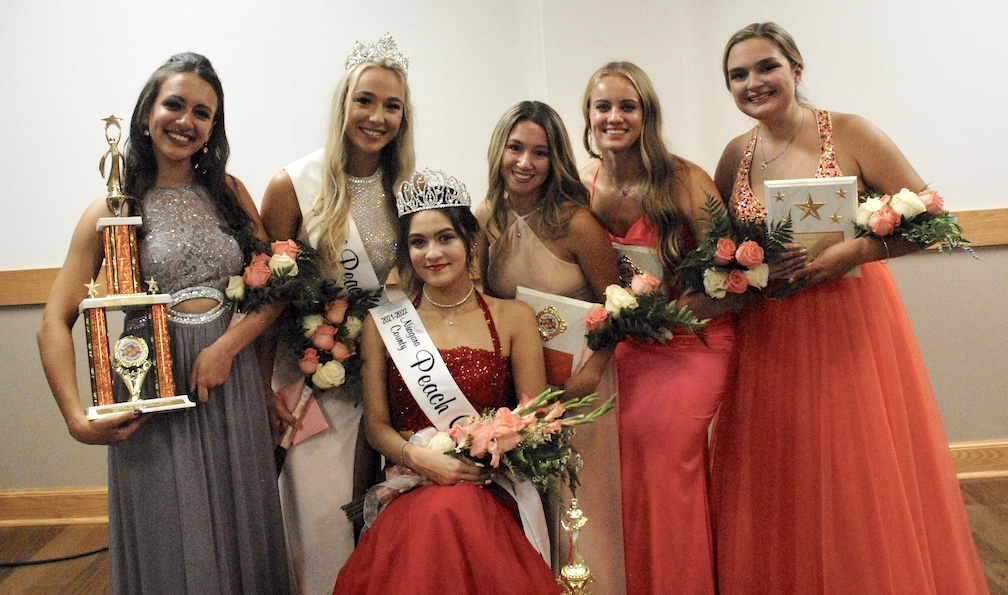 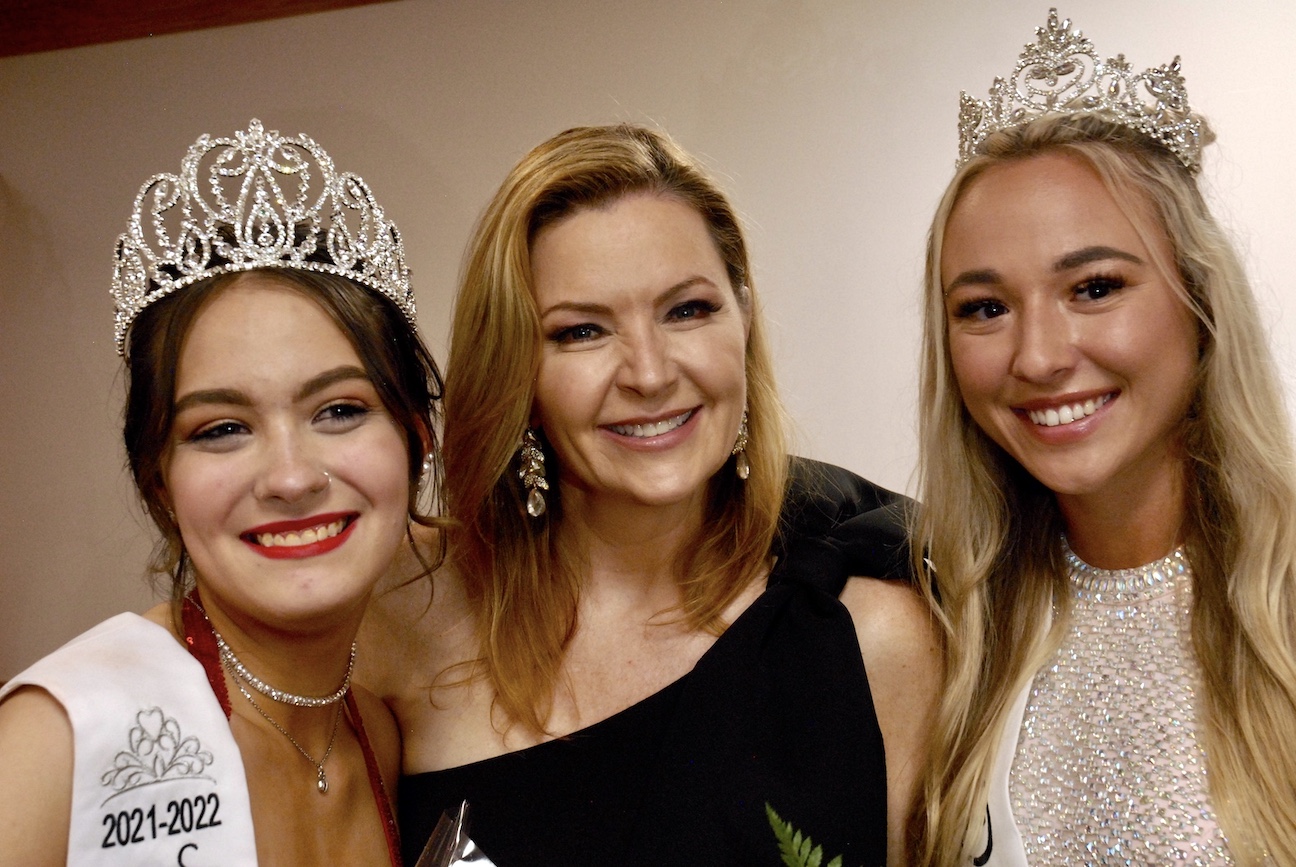 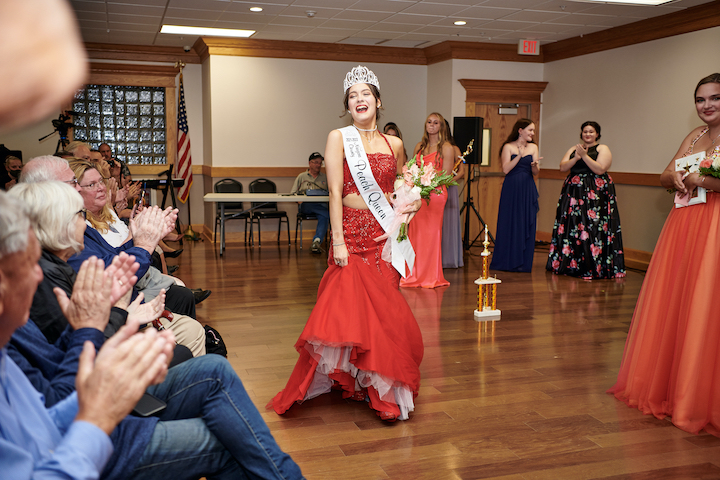 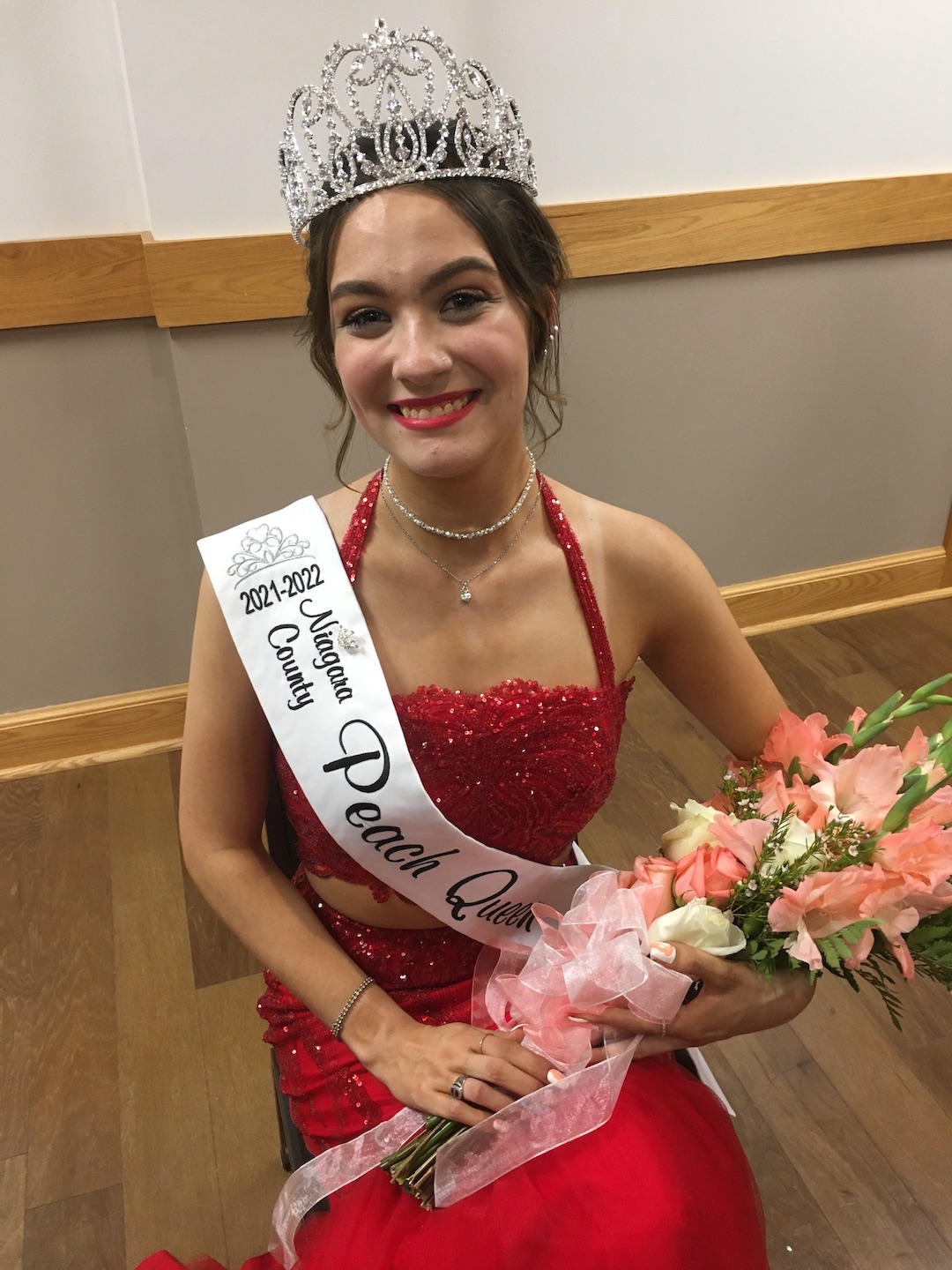