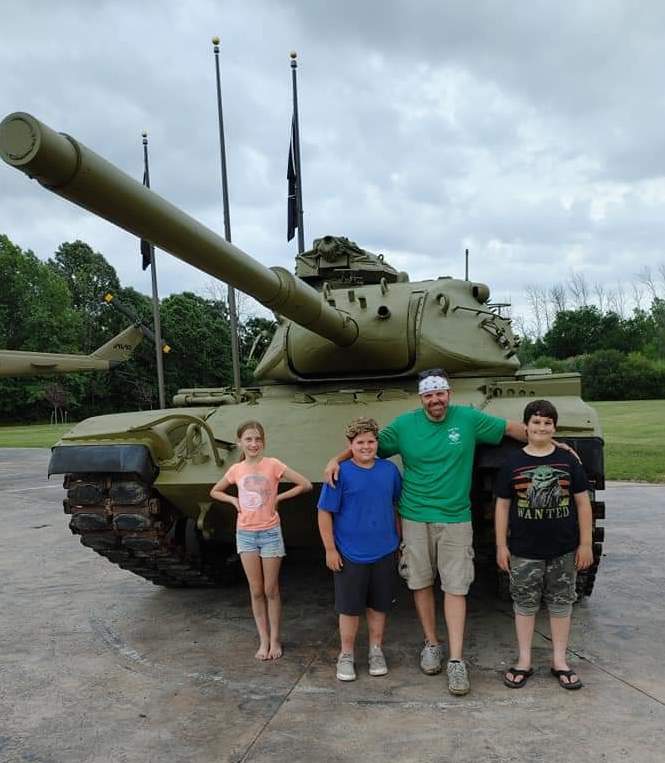 Jesse Gooch and his team of helpers.

Last week, the M-60A3 army tank located at the Wheatfield Veterans Memorial received a fresh coat of paint. While it's still green, of course, the tank now more closely matches the paint of the UH1-D Huey helicopter also featured in the memorial.

The painting was done by Niagara County Legislator Jesse Gooch, who also owns Painter’s Plus; along with his son, Tyler, and a couple of kids from Cub Scout Troop 824.

Gooch said when he heard the Wheatfield Veterans Memorial Committee – the group of volunteers who helped fund the memorial project, including its recently completed monument – was looking to have it painted, he jumped at the chance to volunteer and to give some local Scouts a really cool way to work toward their merit badges.

“There was some rust as it hadn’t been painted in years and, when I heard talk that they were looking to get it painted, I thought it would be nice to tie the Boy Scouts into it and help some of them get their merit badge by doing a good deed,” Gooch said.

Overall, the project took about three hours between scraping, wire brushing, cleaning and painting the tank. Gooch said it was a tough gig for the kids but, fortunately, town justices Angela Stamm-Philipps and Gary Strenkoski provided pizza and drinks for the hard workers.

For Gooch, it was all about making sure local veterans have a memorial they can be proud of.

“Veterans, I hold them – and so does the community – hold them at the highest regards, and to be able to have a veteran monument in our hometown is amazing; and it's a great honor to the vets,” he said. “I think just having it in Wheatfield is awesome and just to be able to see a tank there that was used in war, and the helicopter. … To have those two things there that people actually used along with the monument that the team has been working on is awesome.”

According to Tom Kontak, a founding member of the Wheatfield Veterans Memorial Committee, the M-60 battle tank (produced by General Dynamics Land Systems) began development in 1957 and entered service in 1960. The tanks saw use throughout Operation Desert Storm in 1991. Although the U.S. Army phased out the M-60A3 tank in 1997 (replacing it with the M1 Abrams), as of 2010, approximately 900 units were still in service in Turkey, and an additional 700 units in Israel.

Gooch said he was grateful for the opportunity to honor local and national history, and to share the one-of-a-kind experience with his son and his troop.

“I’ve been a painter my whole life. I've painted a million things. I've never painted a tank, so I was really excited,” Gooch said, laughing. “When I woke up yesterday morning, I knew I was gonna be involved with painting that tank. It’s a piece of history. The town will be gone before the tank will. Hopefully, the next time it needs to be painted, my son will be doing it in 20 years.” 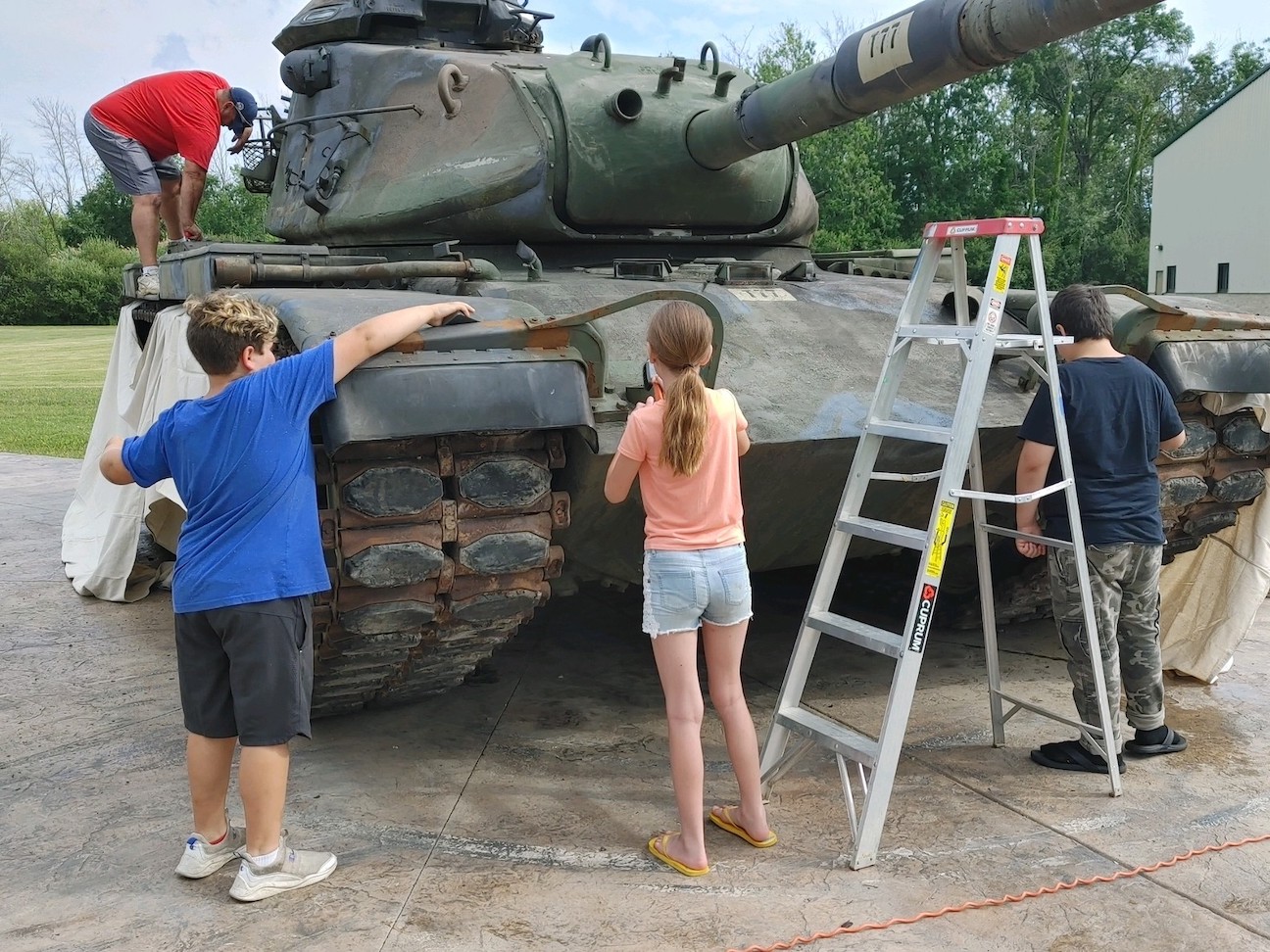