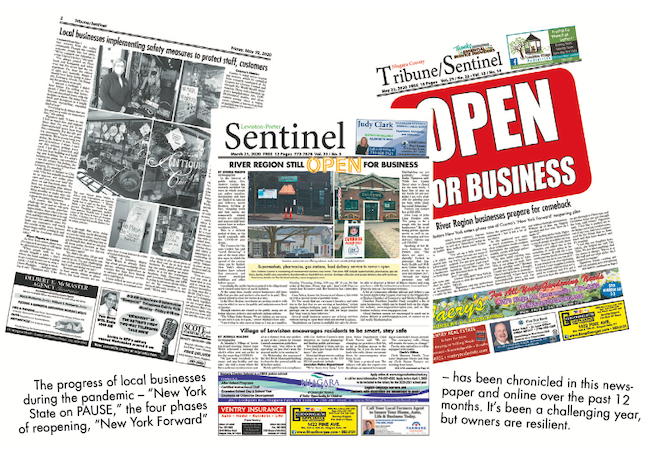 The progress of local businesses during the pandemic - "New York State on PAUSE," the four phases of reopening, "New York Forward" - has been chronicled in this newspaper and online over the past 12 months. It's been a challenging year, but owners are resilient.

One year into pandemic, local merchants continue to build back

A year ago this week, we published an article noting small businesses in the River Region would remain open, even as New York state went on “PAUSE” to slow the coronavirus spread.

Though doors were closed, some merchants and most restaurateurs would pivot from in-person to online, takeout and curbside transactions.

If we’re being honest, the story was also meant to encourage locals to “shop small” – when possible – and it was somewhat of a defiant statement toward the mandate shuttering local entrepreneurs.

The initial thought was society would return to “normal” in two weeks.

But it was more than two months before those doors reopened.

Little did anyone know at that time, but crowd restrictions would remain in place for more than a year, as COVID-19 stubbornly lingered.

2020 was the year no one wanted – but, remarkably, it did provide valuable lessons (and new revenue streams) for local businesses.

Believe it or not, some establishments actually did better than before the pandemic, despite myriad challenges and few events.

“But we've been together for so long – we've been through ups and downs with that place after now 21 years being in the same location – that we kind of brainstormed, put our minds together, and said, ‘Listen, if we're gonna do this, let's do it the right way. We're going to take advantage of the curbside,’ ” he said. “And we kind of pulled from my dad, from what he had in Queens, because my dad was very busy during lunch. He had the police academy across the street, so we're used to the change of pace, fast-paced curbside, either handing out lunch, dinner, sandwiches. We kind of reverted back to that – his menu from Queens – with my twist on everything.”

The Italian restaurant debuted a family pack, which included different main course tray options, plus salad, rolls and a pizza pie to boot.

“We've always been doing takeout and catering,” Soldano said. “We've been blessed – catering every year has been growing and growing. … We used this as an advantage, we marketed it out, and we brought in a little bit more clients that we never used to have. You know, more affordable, more family-oriented. I mean, we are a family restaurant, but it's different pricing when someone's coming in ordering a $49 steak, as opposed to coming in and getting a $16 sandwich.

“We have a lot of bullets in our repertoire. We're very blessed to have that.” 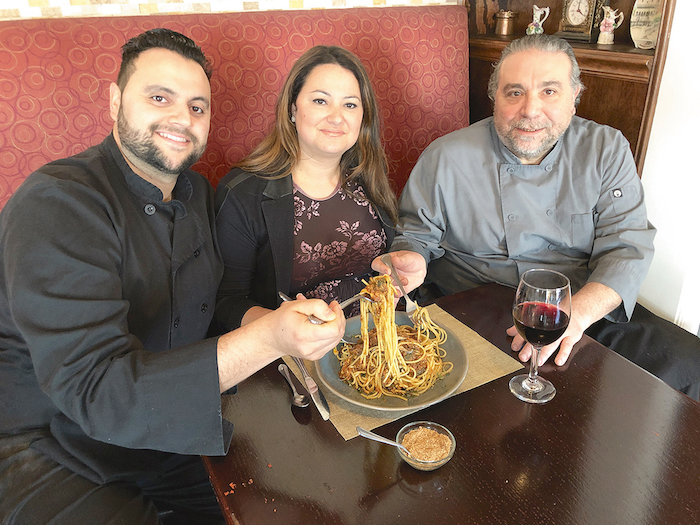 Like Soldano, Inspirations on Canvas owner/artist Kathy Pignatora said the realization Lewiston would be without its signature festivals and popular Artpark concerts was a “dark moment.” Listening to event updates – cancellations, to be more precise – “I just thought it was over,” she said. “I don't know what it was; I just thought, ‘How do I overcome this?’ ”

Pignatora reasoned, “We need food, you know, and it's like, well, is art – something I always say, ‘It's something you want to have, it’s nothing you have to have.’

“So it just all started, like, ‘Oh my gosh,’ and everything has been going so well; the business has been building. I had at that point put in three years, and I'm like, ‘OK, it's taken off.’ ”

“I literally fell to the ground, like, slipped to the ground, and just laid there. My husband was there, and I just started sobbing,” she said. “And I don't know that I could have gotten through it without the support of my family, because I had a hard time seeing. I'm a resilient person, but I don't know.”

Fortunately, “My family was amazing, and they are like, ‘OK; let's go.’ And they just got me thinking,” Pignatora said. “And Olivia, my daughter … she knew about TikTok. She's really good with that stuff, and I couldn't have done it without them. We started our own schedule. We were like, ‘OK, we need a thing.’ And so before we had curbside, because that didn't happen … until the end of May or something, when I could at least open the door and put a table in front. But we started coming in – Olivia and I called it ‘TikTok Tuesday’ – and we’d do a couple TikToks, because I'm like, ‘I need to reach people differently.’ I wanted them to know who I am.

“I never thought people cared, like, ‘Who’s the artist? I don't care. I just want the painting.’ But suddenly it seemed to be – we did a couple just for fun, and that got a reaction. And the people were buying stuff from me. And they cared.

“I think that whole thing, for me, made me realize that people felt I was important to the community. And I don't know that I've ever felt that before – and that gave me strength and courage. And so, it kind of got a snowball effect. I don't know how to say it any better; but it was like family first, and then I started, ‘Oh, my god, people want to help; people want to make us get through this; they see us as important – they want to get us through.’ ”

In 12 months, every Lewiston merchant interviewed by this media company – to a person –said the local community stepped in to fill the gap with the border closed, travel constrained, and tourism scarce.

The “PAUSE” order, “was devastating,” Village Bake Shoppe owner Michael Fiore said. “The thought I had was that everything we had built the last 10 years was just going to go away overnight.

“But I had faith in God and in this community that we were going to be OK. And we've come to find out we were better than we've ever been before.”

Neighbors who perhaps hadn’t shopped or dined locally with any past regularity suddenly turned into steady patrons.

“I noticed love, and empathy, and total support,” Fiore said. “We knew we just had to put our heads down and do the best we could with what resources we had, and the environment the way it was. And, you know, we weren't surprised, but we were overjoyed just to see the phone was ringing, the orders were coming in, the door kept opening. Again, too, it also helped us to re-create and go in different directions while still maintaining the Village Bake Shoppe we were founded on.”

Having been “propped back up” by her family’s support, Pignatora said she became laser-focused.

“I am going to make it, and nobody's going to stop me. And then that was it; that was like the turning point for me, and there was just no going back,” she said. “I was encouraged by all the support that I had around me, and it was really amazing. And it continued. I mean, it was a slow start in June, and man, when July and August – especially September, October, right through till December – I was even busy, I think, through the first two weeks of January. Never in my wildest dreams would I have thought Lewiston – you know me, I've always said it's magical – but my God, people came out. … I've never seen such a commitment to people shopping small and supporting. It was unbelievable – it continues. It still continues.”

She explained, “It was the hardest of times, but it's been the best lessons I've ever learned in my life. I wouldn't have learned these lessons without this. I could have done without it (laughs), but at the same point, I value the lessons I've learned. I know I don't want to not be at that shop. Like, if I had any doubts before, they're gone, 100%.”

Niagara River Region Chamber of Commerce President Jennifer Pauly said, "One year ago, almost all of our members had to immediately change the course of their business model. The word ‘pivot’ was used a lot in conversations over the course of the pandemic to help them figure out ways to retain revenue and keep the lights on. We are amazed at how seamless everyone was able to work together to help each other out – the businesses, municipalities, civic organizations and first responders.

“Unfortunately, some businesses are unable to bounce back from the pandemic, but we have seen many who have found new avenues to grow their businesses and others who are doing better than ever." 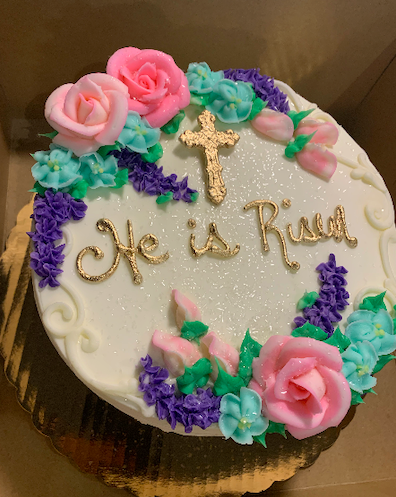 These business owners are optimistic about what 2021 could bring, but prepared to roll with any future COVID-19 punches.

“This is just the year of hard work. We got a lot of work to do, as a society, to get us to a better place. We were divided; we need to work and get back together; we need to stay together as a community and rebuild; and I think it's gonna take us a couple of years to get out of all this, truly. I don't know what 2021 spring, summer (will be). I'm hopeful, but I'm ready for it. … God-dang, if I can make it through last year, I'll make it through this year, too. I'm up for it.”

Soldano said, “We're ready to hit the ground running; and we're excited to be a part of all the festivals again – and do it in whatever style it's going to be; if people are going to be wearing masks or whatever, any part of that.”

He added, “It's actually going to be a nice little distraction for me and my family to stay busy and to see our work staff work more than three, four days, back to their normal five days, so they could have money in their pockets and, you know, go back full circle to the swing of things with their lives and the restaurant, and just having some kind of normalcy.”

Fiore said, “I can tell you, our weekends in the summer are booking so fast; it's amazing.”

“I just can't wait to see the people again – the people that we haven't seen in a while with all the restrictions in place,” he said. “We're in the people business, and we happen to sell dessert. So, I'm just excited to see (them). …

“Having a business in Lewiston, and living in Lewiston, we live in the greatest part of the world, in my opinion. So, to be able to see the people that you normally see in passing or, you know, that are not even customers, but you just see these people more – it just brings so much more joy.

“With that, too, we’re excited, because we’ve been coming up with new and innovative desserts, and we have so much in the pipeline to share with the community.”

“We’re just excited to be the dessert destination of Niagara County,” Fiore said. 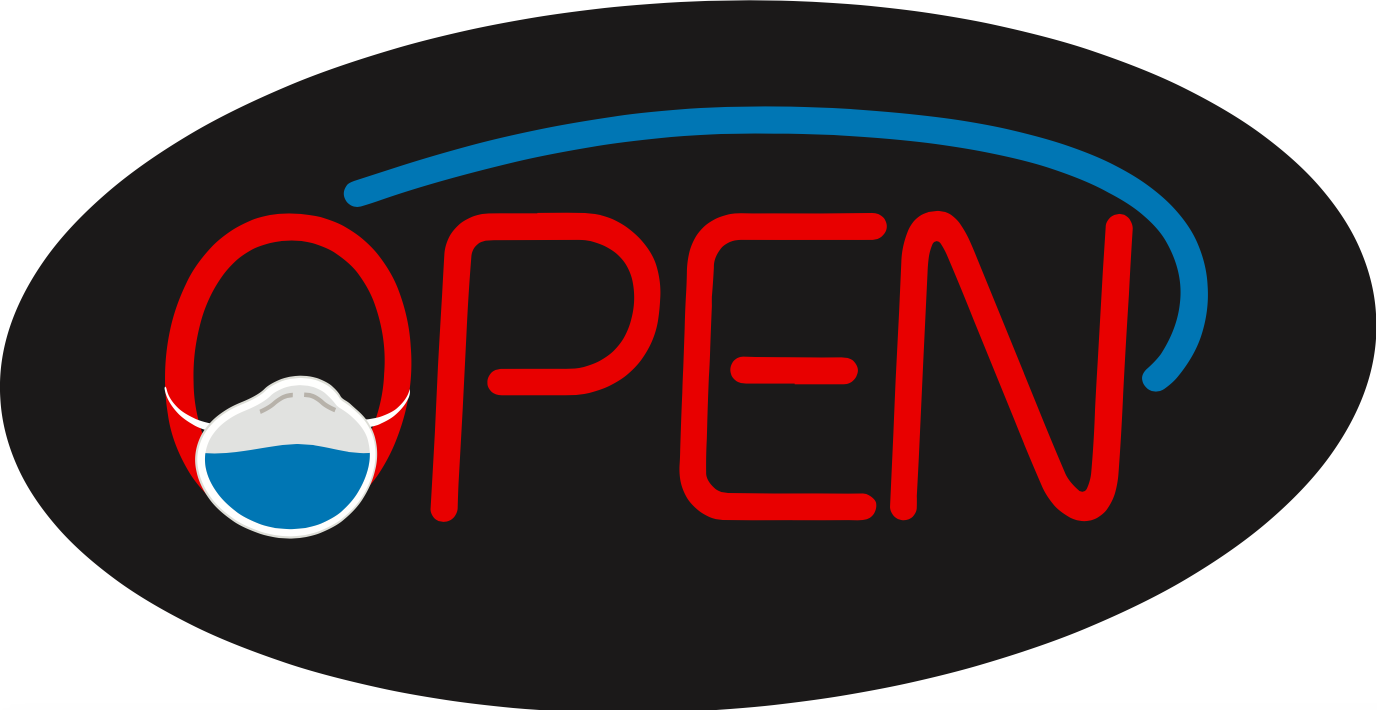 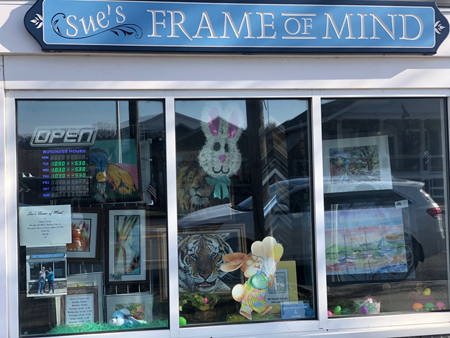 Looking to get out of the house with the warmer (for now) weather? Lewiston merchants are decorating their storefront windows with unique motifs in April. Pictured is Chéri Amour at 522 Center St. (Photos by Joshua and Elyse Maloni) 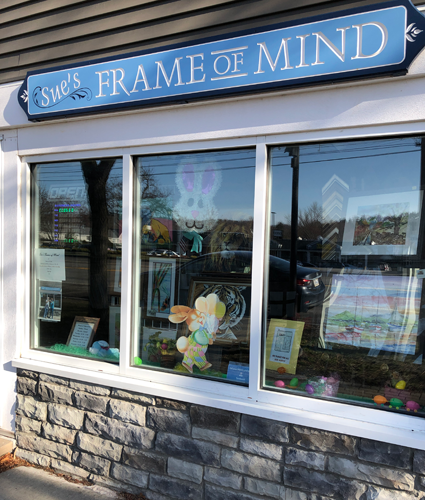 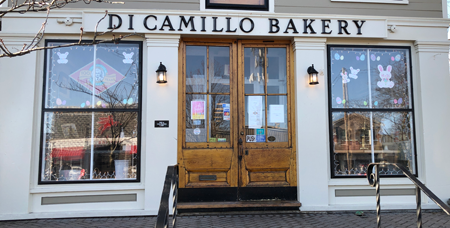 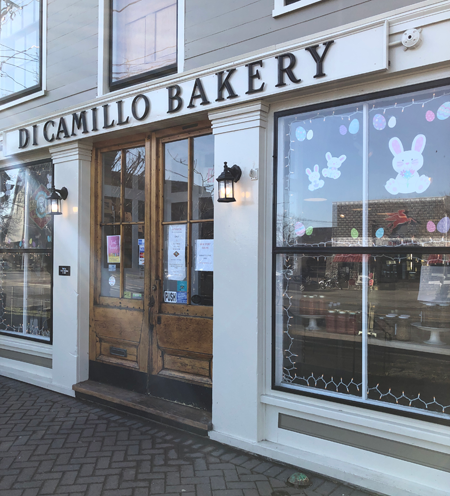 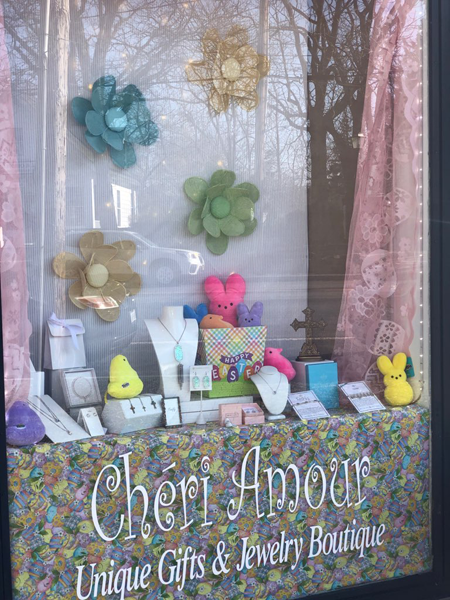