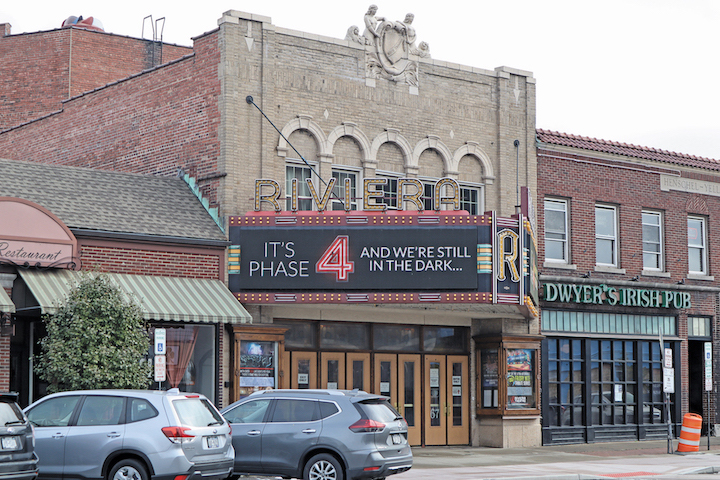 As Western New Yorkers know, not every industry reemerged from “New York State on PAUSE” when Gov. Andrew Cuomo placed the region in phase four reopening.

Live music venues waited all summer for a clear green light to proceed, but most remained shuttered as fears loomed indoor concerts could become super-spreaders of the coronavirus.

In September, at a press conference at the historic Riviera Theatre in North Tonawanda, New York State Sen. Rob Ortt said, “The Riviera Theater has worked extensively with the Niagara County Health Department and has developed a plan to ensure a safe way to reopen the theater for shows and concerts. The governor has no problem reopening NBC studios in New York City – a COVID hot spot – yet he continues to crush small community cultural centers like the Riviera Theatre with his broad executive orders. Unfortunately, Democrats in the State Legislature refuse to stand up for small theaters’ best interests in the communities they represent. The executive orders keeping live music venues closed should be lifted, and local municipalities should work with local businesses to reopen safely.”

“I’ve reached out to Gov. Cuomo and his team twice in hope of receiving funding for the arts or some insight for reopening procedures. As I stand here in front of you, there still is no response.”

Late last month, Cuomo announced movie theaters could reopen to 25% capacity, with up to 50 people per movie screen.

That prompted Fillenwarth to state, “It’s very serious. We are a not-for-profit and we’ve had to layoff staff and we had salary cuts and (the whole industry) is looking pretty grim right now, (and) we’re not the only theater. It’s been estimated 90% of independent theaters will never open again and we’re fighting not to be one of those.”

He added, “The fact that it’s not even being talked about is the frustrating part. Quite honestly, if we just had a target date; if they could tell us that we’d be opening Jan. 1 or Feb. 1 or March 1, and here’s your capacity; that would be wonderful because then we could start putting together a business plan and we can have shows booked and put tickets on sale. There would be patron confidence that it’s going to happen and (the public) would say ‘We’ll support the arts again.’ But the fact that there’s just no plan in place is the really frustrating part here.”

So, why the holdup?

On Thursday, correspondent Mike Billoni spoke with Lt. Gov. Kathy Hochul during her appearance at a ceremonial opening of the Buffalo Black Achievers Museum in Buffalo.

“Venues for live music or theatrical performances are a very different experience from a movie theater,” Hochul said. “The concern is with the live entertainment on a stage and the people congregating back stage before you put on a live show or theatrical performance. It is a very different experience than going to a movie house where there is one person in a projection room and a screen. I think everyone understands the difference.”

She continued, “We are doing everything we can to keep people safe throughout New York state. We are very concerned because our infection rate continues to skyrocket and that is deeply troubling to us.”

In regard to opening the Riviera Theatre, specifically, she said, “There is no one who wants to get the Riviera Theatre opened more than I do. I love that theater and it is a very important part of the community. Having to give this type of news to the Riviera Theatre and all of its supporters is painful for me and painful for Gov. Cuomo. Personally, I have spent a lot of time there over the years. I have shown that theater off to so many people and the state of New York is so proud of the investments we have made there. The theater is alive and vibrant because the state of New York has invested significant funds and we know it is a great source of pride for the community. If we had the ability and the infection rate was under control and the experts said it was OK, we would want it open. But, unfortunately, that is just not the case right now.”

Of course, not all live music venues are closed. The Rapids Theatre in downtown Niagara Falls sent out an email blast this week promoting a series of events this weekend. Free “Heavy Metal Thursday” lists three bands and the caveat patrons must order a food item. The message also said social distancing rules will be in effect, per state guidelines.

The issue of what bars can and cannot do also has been debated since restaurants were allowed to welcome guests back for indoor dining. Cuomo said the initial reopening didn’t apply to establishments not serving significant foodstuffs (as in, more than a bag of chips or a bowl of peanuts).

“Dining is eating. When you eat, it requires food,” the governor said.

Such places, Cuomo said, also stood poised to become super-spreaders because they would have people standing together or milling around in close proximity without wearing a mask. Rather, people were to sit at a table, and then take their masks off when eating.

As an added safety measure, some local eateries have installed Plexiglas dividers in between bar stools so as to accommodate people who like to eat by themselves or in front of the TVs.

Of course, another hot-button issue has been whether or not Buffalo Bills fans can return to the Orchard Park stadium to watch the team play this season. On Wednesday, as Erie County reported 5% of all test subjects were positive for COVID-19, Executive Mark Poloncarz said the odds are not great.

Hochul told Billoni, “The Buffalo Bills are doing very well and it’s a great year for them, but, again, with the infection rate rising, we just cannot put people at risk.

“We are all fans of the Buffalo Bills. I want to attend a live game at Bills Stadium; Gov. Cuomo wants to come to a Bills game but, at this point, we just cannot do that.

“We totally understand the frustration of the fans, but we are going to get through this pandemic with minimal loss of lives and getting our economy back as soon as we can. We will be up and running before other states, because of the smart moves we are taking and by what the experts are telling us.”