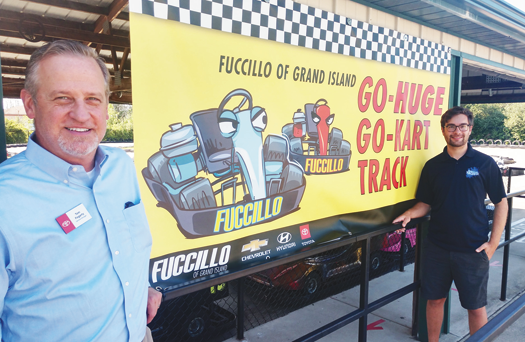 When Tom Fogarty was recruited by Billy Fuccillo Sr. and his son, Billy Jr., to become general manager of its Toyota store on Grand Island, he told them about his concern of residents leaving the Island to purchase the same vehicles elsewhere.

“Being an Island resident and knowing the Fuccillo history of how well it did when it opened on the Island and how it has slipped the past few years, the Fuccillos have committed to me and my other managers that we have to win this island back,” explained Fogarty, who recently was asked to oversee all three properties for the company.

Fogarty, who has spent nearly 40 years in the automotive business managing Toyota stores for two of the largest dealerships in Western New York, knows what it takes to build an auto dealer’s brand in the community. “We are in the people business and we must get involved in the community where our guests reside,” he said.

To that end, the Fuccillo Automotive Group of Grand Island followed the lead of Billy Fuccillo Jr. and created its “Fuccillo Feeds the Front Lines” in June when it purchased meals from local residents and donated them to a variety of hospital workers and first responders throughout the month.

It recently co-sponsored the Rotary Club of Grand Island’s second Shred-It event and, on July 4, when the Grand Island Fun Center finally opened, guests were greeted by the “Fuccillo Go HUGE Go Kart Track” quarter-mile track inside the park.

“Once Fantasy Island closed, we began thinking about what our kids were going to do this summer,” explained Fogarty, an Island resident who was a season ticketholder at the 59-year-old amusement park whose owners announced in February it was closing for good. “I knew the go-kart track was still open and, when I met with them, I thought this could be a great way get our name associated with a wonderful, family-fun operation on the Island.”

David Glian, a 28-year-old entrepreneur, purchased the Grand Island Fun Center at an auction in 2013 with his dad, whom he bought out in 2015. This is his fifth season operating the three-acre facility that features the only gas-powered go-karts in the region, along with the longest track. In addition, the outdoor area includes an 18-hole putt golf course; upgraded batting cages for baseball, fast pitch and slo-pitch softball; and recent attractions: a water war and laser tag.

Because of the COVID-19 pandemic, Glian has lost 45 days from an already short season. He usually closes the park in mid-October, but this year will wait until the first snow falls.

“We purchased this because, when I was in high school and college, there just was not enough positive, fun things for my friends and I to do,” Glian explained. “This has become that go-to place, and the guests have really responded once we opened this year.”

Grand Island Fun Center was permitted to reopen earlier this month. Guests must wear masks at all times they are in the facility and they must follow the social distancing markers on the ground.

The indoor arcade continues to be closed. 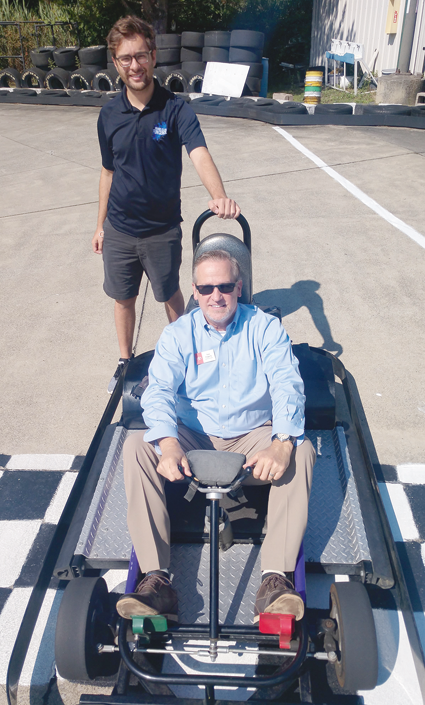 Fogarty in the driver’s seat with Glian getting him ready for a ride.