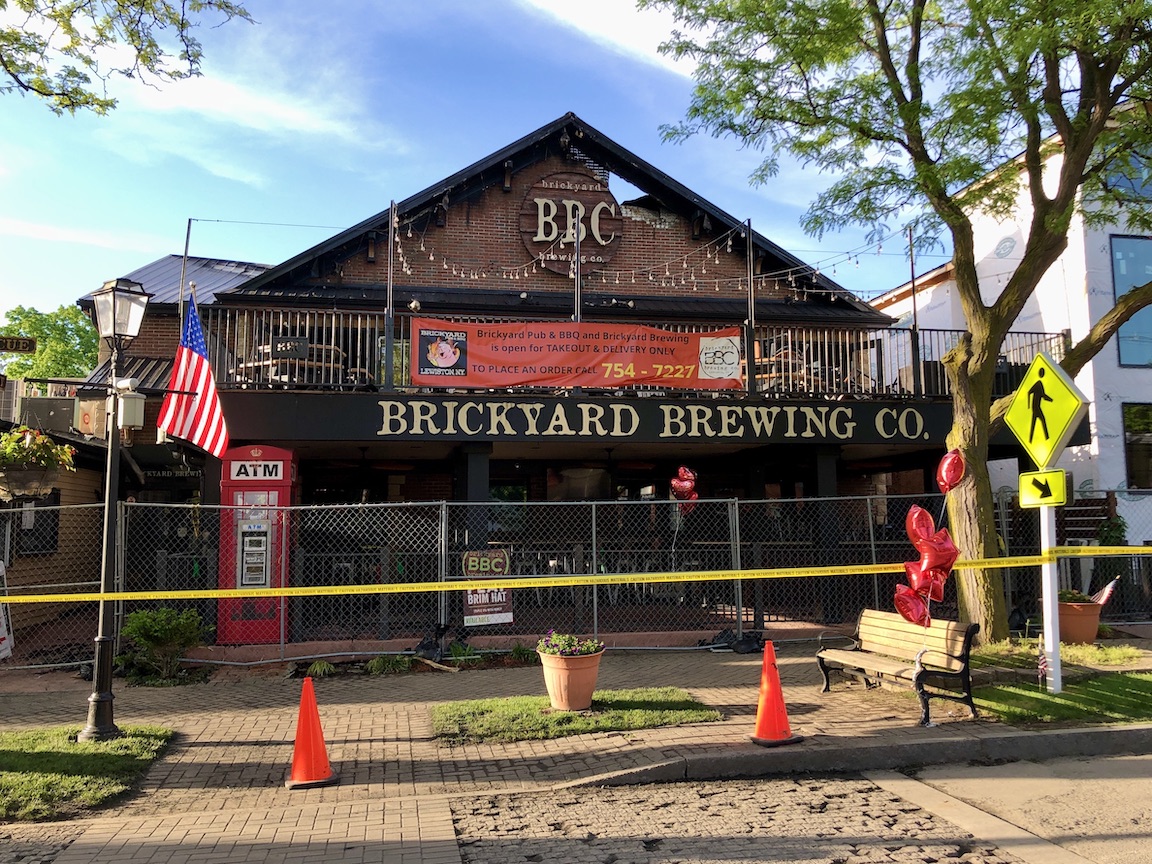 Village of Lewiston officials applauded those who helped fight a late Tuesday night fire that damaged the Brickyard Brewing Company and part of the Brickyard Pub & BBQ.

At Wednesday’s fiscal year-end meeting, Mayor Anne Welch said, “I want to thank the Lewiston Fire Co. No. 1 ambulance and EMS, Upper Mountain Fire Co. and ambulances, Youngstown Fire Co., Sanborn Fire Co., Ransomville Fire Co., and Niagara Active Hose and Lewiston No. 2 for the quick response and coordinated effort to save the buildings. They did an awesome job containing the fire to the BBC.

“I saw firsthand how these men and women put their life on the line, fighting these horrific fires. I left the scene at 2 a.m. and they were still fighting the fire.

“Also, our thanks to the Lewiston Police, Niagara County Sheriff's Office drone unit, New York State Police and U.S. Border Patrol for their assistance on traffic and crowd control.

“I'm very proud of our first responders, and I'm very grateful to live in this community. We are Lewiston strong.”

Lewiston No. 1 was led by Chief Les Myers. In a press release, the company described what first responders found when they arrived at the popular neighboring restaurants.

“Activating the mutual aid plan for a village business district fire brought in firefighters from Upper Mountain, Niagara Active and Youngstown fire companies along with placing Ransomville and Lewiston No. 2 fire companies on standby.

“Crews from Lewiston No. 1 were able to make entry into the Brickyard Brewing Company, to the second floor event center, but were pulled out due to heavy fire. Ladder trucks from Upper Mountain Fire and Niagara Active Hose were deployed in the front and rear of the structure and directed large water streams onto the fire. Ground crews worked using hand lines and master streams to stop the fire from spreading to the attached Brickyard Pub and other nearby structures containing new build construction.

“Further obstacles arose as the roof collapsed and firefighters had to navigate between the two adjoining roofs. An additional ladder truck from Sanborn Fire Co. and engine crew from Ransomville Fire Co. responded to further aid operations.

“Crews worked throughout the night to extinguish the blaze. Niagara County Origin and Cause and Town of Lewiston fire investigators are investigating the incident further.

“EMS was staffed by Lewiston Fire Co. No. 1 ambulances with the assistance of Youngstown and Upper Mountain ambulances in rehab operations for the nearly 50 firefighters. One firefighter was treated and transported for heat exhaustion, but is home at this time recovering.” 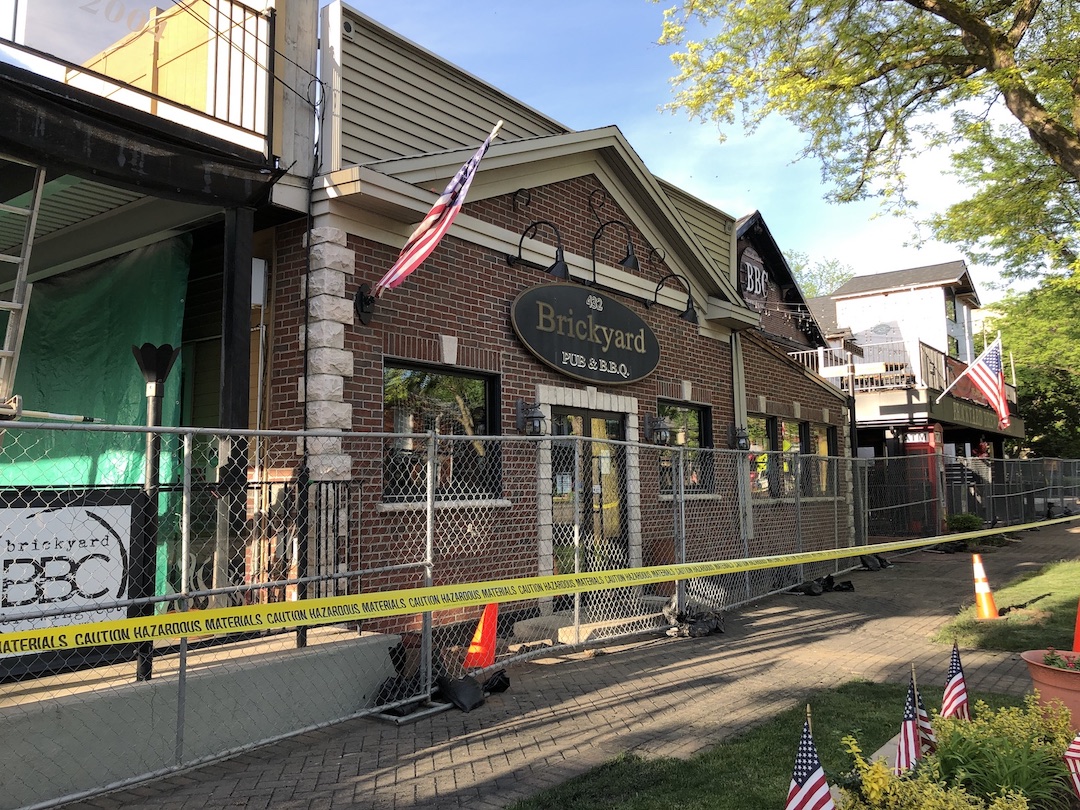 Yellow caution tape and a metal fence are currently in place in front of The Brickyard Pub & BBQ and the BBC.

Welch and trustees Vic Eydt, Nick Conde and Claudia Marasco were on the scene at various hours of the night. They reiterated what the press release explained, that the BBC’s metal roof and fire prevention features stopped the blaze from moving down Center Street.

Welch said, “It was devastating to watch Eric, Ken and Steve's hard work go up in flames, but they assured me that they will rebuild. The Brickyard is still intact with smoke and water damage, but the firewall and the door held and saved the restaurant. The BBC top floor was severely damaged, but the first floor and bar area is intact – with smoke debris and water damage – but salvageable. The back Barrel House was damaged, but is also salvageable. The adjacent buildings remained unscathed.

“As mayor, I assured the owners that we will do everything to help and support them in this difficult time. Ken, Eric and Steve have always donated to every cause, event and festival, and many charities and fundraisers. Now it is the time for all of us to help them. We have a great community, and I know their friends, neighbors and fellow businesses are already stepping up to help.”

To Myers, she said, “I was so impressed with everybody that worked there last night. That was a really scary fire, and they did an awesome job. And I was there this morning to find out that it was not as devastating as I thought it was going to be.”

The chief gave credit to Apple Granny restaurant for providing a comfort station for firefighters.

“(Co-owner and first responder) Mike Burke from Apple Granny opened up his doors for our firefighters to go in there and get some rehab – out of the smoke and get some cold water and get their vitals taken. That was nice of him to allow us to do that,” Myers said.

“People are stepping up,” Eydt noted.

Myers thanked the Department of Public Works and Lewiston Police Department for working to clean up the areas on Center and Ridge streets and reopen them to the public in time for the morning commute.

DPW Superintendent Larry Wills said, “I want to thank my whole crew, because sometimes they don't get recognized – because we're in and out. ... We do our job and ‘bam,’ we're out of there. … People drive drove down at 8:30 this morning, down Center Street, they’re like, ‘What happened down here?’ They don't know that the whole street was full of wood.” 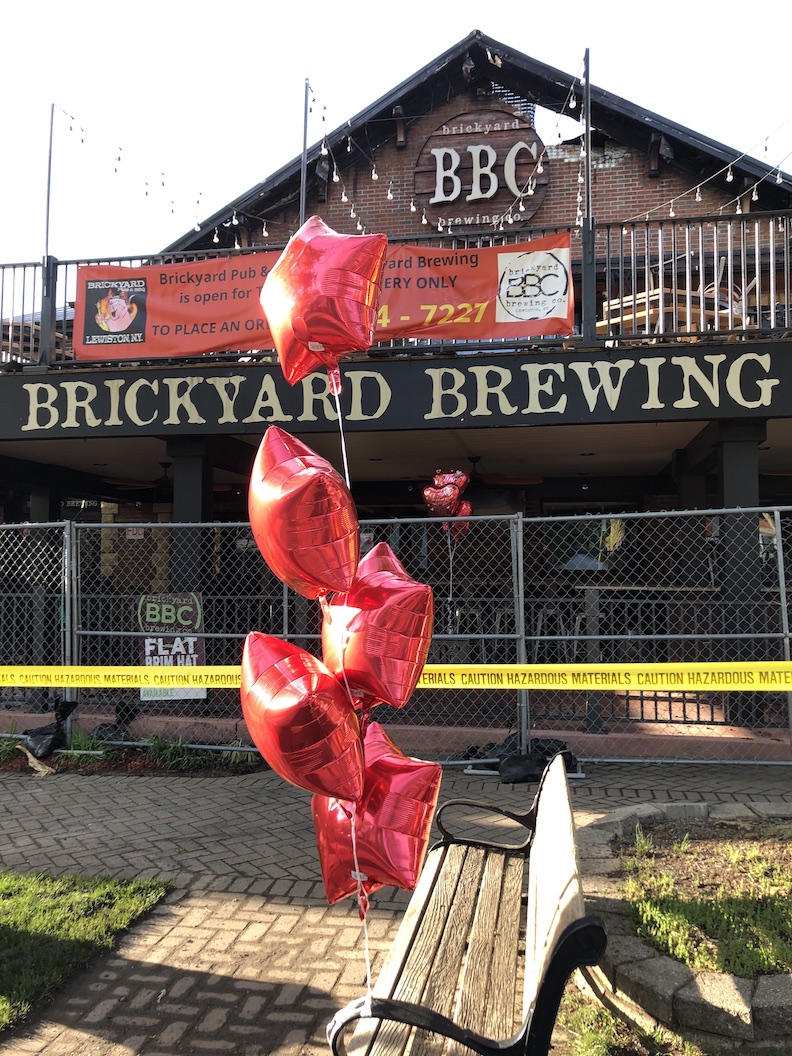 Balloons were placed in front of the BBC. Community members already are planning fundraisers for the restaurant owners and staff.