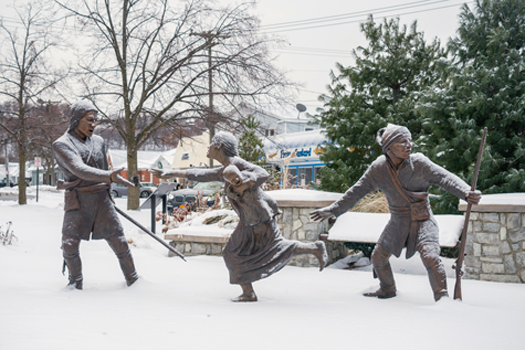 Village volunteer and historian Lee Simonson emceed the event, and told the story of Reuben Lewis – “Lewiston’s first martyr” – who sent his wife and children off, but stayed to fight the British forces when they attacked and burned Lewiston in 1813.

Tuscarora Nation council member and elder Neil Patterson Sr. offered remarks. He explained the Tuscarora people were monitoring the village and tried to warn residents of the impending battle. Though the message was ignored, the Nation’s brave warriors still rallied to defend their Lewiston neighbors and run the invading force out of town. 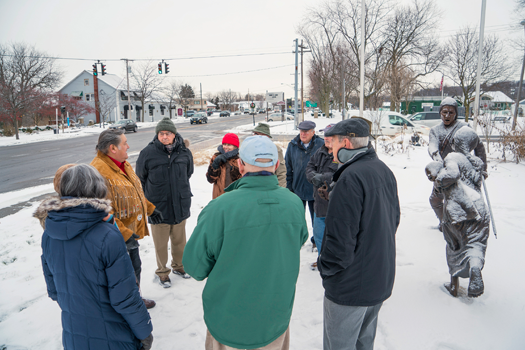 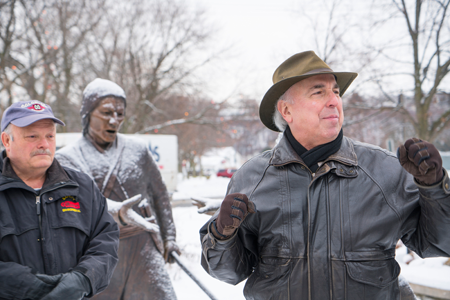 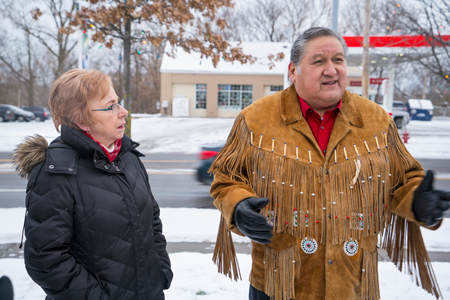