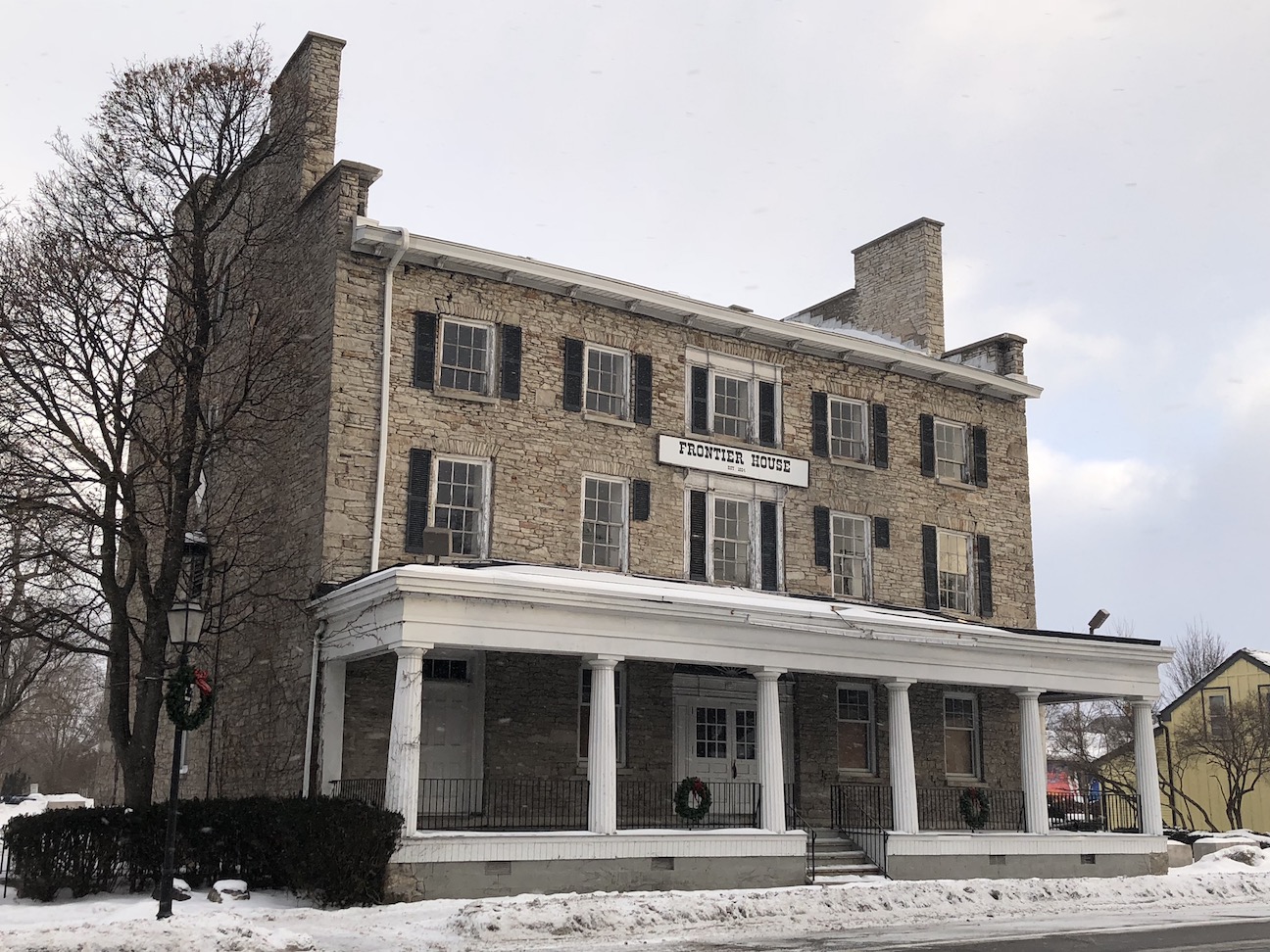 by jmaloni
Fri, Jun 29th 2018 06:10 pm
By Joshua Maloni
Managing Editor
Town of Lewiston Justice Hon. Thomas Sheeran on Wednesday dismissed the Village of Lewiston's charges against Hastings Lewiston without prejudice. What this means is that, if the municipality moves forward with purchasing the Frontier House, the alleged building code violations become the village's responsibility. If the purchase doesn't happen, charges can be refiled against Hastings Lewiston.
Mayor Terry Collesano, on June 18, signed an intent to purchase the Center Street property from Hastings Lewiston Inc. on behalf of the Village Board. The municipality is considering acquiring the 194-year-old building and parking lot, obtaining Greenway and grant money to restore it, and then selling it to a private investor.
Sheeran made his decision at the request of village counsel Joseph Leone.
"The charges that previously were in place against Hastings and the Frontier House, I moved to dismiss without prejudice. The idea being that we have an agreement in place," Leone said afterward. "If the agreement isn't fulfilled for any of the contingencies or any of the reasons - including the due diligence, the financing, the results of the public hearing - if any of that doesn't go through and the property goes back to Mr. Hastings, the village has the authority to refile all of those charges."
Hastings Lewiston was excused from court. Attorney Joseph G. Makowski previously stated his prime objective was to have his client's charges dropped.
Public Hearing
Village of Lewiston trustees have scheduled a public hearing related to the acquisition of this historic property for 6 p.m. Monday, July 16, in the Morgan Lewis Village Boardroom at the Red Brick.
Categories
NFP Sentinel Sentinel feature Sentinel HP Feature List Top News