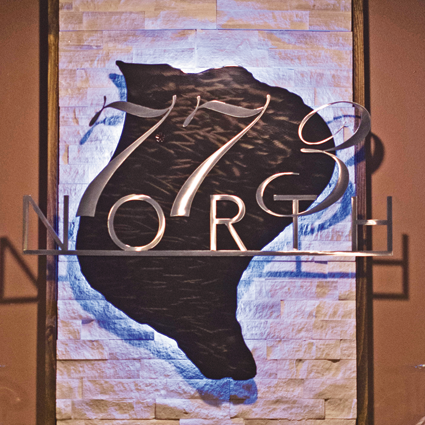 Sat, Feb 3rd 2018 07:00 am
By Larry Austin
Island Dispatch Editor
Back in November, almost three months before her restaurant 773 North had even opened, Christy Zippier sold thousands of dollars in Christmas gift certificates going door to door on the Island.
"The support from Grand Island has been incredible," she said Wednesday during the ribbon-cutting ceremony and grand opening of the restaurant she owns with her husband, Jason.
773 North had appeared at the Taste of Grand Island in the fall, but that was enough for Islanders to know a good thing when they saw it. All of the gift certificate sales were in cash, Zippier pointed out. "That's how much people trusted us," she said.
Wednesday, the much-anticipated 773 North opening at 2749 Grand Island Blvd. took place with local government and business leaders in attendance. Eric Fiebelkorn, president of the Grand Island Chamber of Commerce, was lavish in his praise for the restaurant.
"The renovation is impressive. Having been in before, like all places that have miles on them, it was certainly nowhere near this quality," Fiebelkorn said. "They spent a considerable amount of time and effort, not only just doing it, but it's really nice. It's tastefully done, it's welcoming. I think they did a really nice job."
Many at the ribbon-cutting complimented the interior decor. Inside, 773 North looks nothing like the restaurant that was located in the same building before, The Pepper Mill.
"We literally gutted this place," Zippier said. "It was awful. Awful, awful. The only thing we could save in the whole place was the convection oven and the ice machine at the bar. Everything else is brand new." 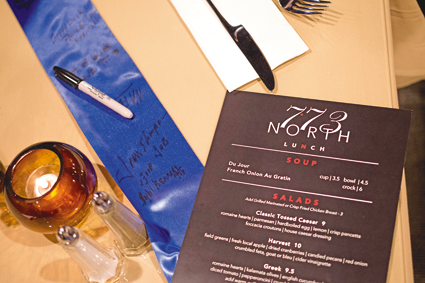 Zippier worked at The Pepper Mill for about eight years as a waitress and said she always had a passion to food, putting herself through culinary school by working four jobs before graduating in 2010.
She took a job at the Niagara Falls Conference Center, where she became executive chef, but the corporate grind of working 60-70 hours a week took its toll.
"I figured if I'm going to work that much, I may as well work for myself. And this place was still for sale, so I just bit the bullet and did it," she said.
Fiebelkorn, who has 20 years of experience in the restaurant industry, said "first and foremost, in a family restaurant, a moniker for success is usually connection to the community, not only the quality of food."
"The amount of people at this ribbon-cutting compared to what we normally get speaks to the fact that they're already connected somewhat in the community," Fiebelkorn said.
He said preview nights for the restaurant were well attended. Also, Taste of Grand Island organizer Corey McGowan presented the award for Festival Favorite to 773 North.
"I had the food at the Taste of Grand Island. It was excellent," Fiebelkorn said. "I'm really excited to have a meal here."
Both Christy and Jason Zippier are native south side Islanders. "We really wanted to do it on Grand Island because it was our hometown," she said of opening the restaurant, which is located at the corner of Grand Island Boulevard and Bedell Road. "There's a lot of great restaurants on Grand Island and I just wanted to bring something different, something a little trendier, something with a little more atmosphere and a modern menu."
They've already made the building their own, including addition of a Chevy Monte Carlo SS on the wall of the men's rest room, a shout out to Jason's job as a mechanic at Fuccillo Chevrolet.
Fiebelkorn said, "It was always easier to build a new restaurant to what you wanted" than to retrofit and old restaurant "and have it feel like a restaurant, to have a sense of place. ... I'm impressed."
773 North will employ approximately 16 people, Zippier said.
The restaurant will be open Monday, Wednesday and Thursday from 11 a.m. to 9 p.m., Friday from 11 a.m. to 10 p.m., Saturday from 4 to 10 p.m., Sunday from 9 a.m. to 2 p.m., and closed on Tuesday. Visit the restaurant online at https://www.773north.com/. 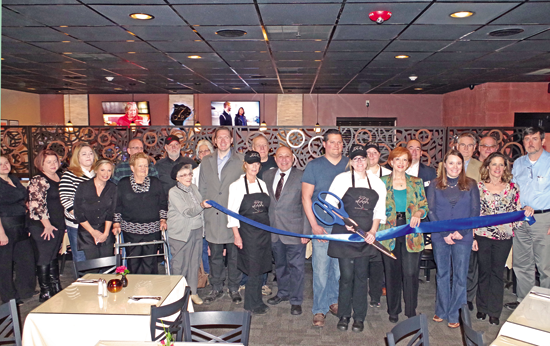 Christy and Jason Zippier cut the ceremonial blue ribbon at the grand opening of their restaurant, 773 North, on Wednesday. Members of the Grand Island Chamber of Commerce, town and state government officials were on hand for the event. 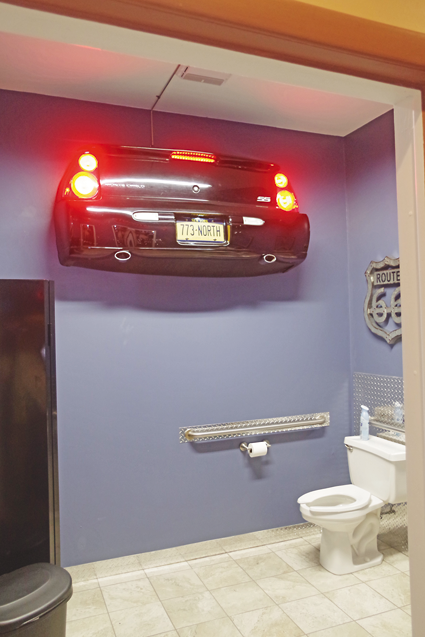