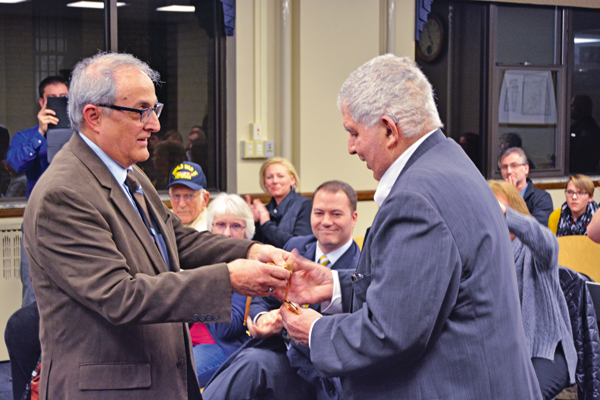 Both Rizzo and Schwandt, who resigned earlier this year, were presented with proclamations by New York State Sen. Robert G. Ortt, as well as the Common Council. Both received recognition from the Niagara County Legislature, as well.

A statement from U.S. Rep. Brian Higgins was also read in acknowledgment of Rizzo's accomplishments.

To conclude the recognition, Mayor Arthur G. Pappas presented Rizzo and Schwandt each with a key to the city.

"We will kind of model ourselves in a lot of ways, in a lot of things, you guys have done," Common Council President Eric Zadzilka said. "And I think that's a true compliment and big salute to you both as far as what people will remember, what you leave behind.

One of the more costly projects includes $356,970 in upgrades to City Hall, including the replacement of a boiler, curb and skylights, as well as renovations to the entryway and stairway, repointing of mortar joints between bricks, applying silicone coating on the roof, and electrical and lighting system improvements.

The resolution also states $250,000 will go toward the reconstruction and repaving of various city roads, including adding or rehabilitating sidewalks, curbs, gutters, drainage and grading.

Another $350,000 will go toward replacing breathing equipment for the city's fire department.

•The council granted permission to Pist'N Broke Cruisers Car Cruisers Car Club to host classic car cruises from 6-9 p.m. each Monday from May 29 to Sept. 4 on Webster Street.

"We are keeping the same footprint that the car show had last year, and we really do appreciate that part of the proceeds from that car show they give back to our community to one organization or the other," said Donna Braun, 2nd Ward alderwoman.

•The council also approved the Chamber of Commerce of the Tonawandas' request to use Gateway Harbor Park for its annual clambake, slated for Aug. 10. 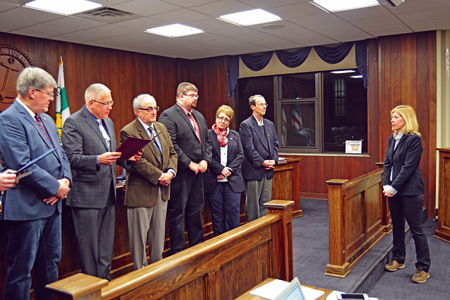 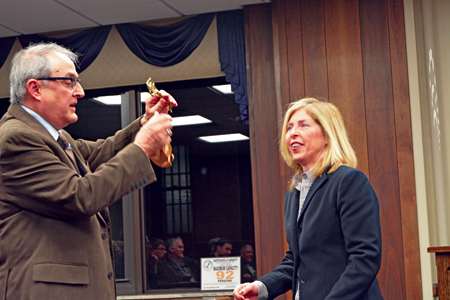