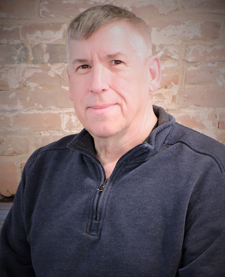 Chamber Gala: Ron Winkley is Town of Lewiston Citizen of the Year

Winkley active in many community organizations

Winkley has served the town and village in several leadership positions, and we are grateful for his willingness to go above and beyond in all aspects of serving.

Having finished a two-month role as supervisor in 2015, that followed years of serving as a town councilman and village trustee, Winkley is now enjoying elected official retirement.

Having seen him in the town and village chambers since 2007, you will now find him spending time tackling his yard, kayaking and, along with his wife, Laurene, and son, Brandon, preparing for his daughter Amanda's wedding next year.

Winkley began as Village of Lewiston trustee in 2007, and then moved to serve on the Town of Lewiston Council in 2010. Over the years as town councilman and two months as supervisor, he worked closely with many community organizations to improve the quality of life for residents.

Working with Artpark & Company, the libraries, the Sanborn Area Historical Society, Sanborn Business and Professional Association, Niagara River Region Chamber of Commerce and town Recreation Department was a priority while Winkley served as councilman. One could often find him flipping hamburgers or selling pumpkins at events at the Sanborn Museum. His presence at the monthly SBPA meetings was helpful in businesses understanding how the town was working in the community.

Winkley also worked with the fire and police departments to make sure communication between the two entities and the town was constant.

Having spent 26 years with the Lewiston Police Department, Winkley is oftentimes still referred to as "chief." He was instrumental in the consolidation of the Village and Town of Lewiston police departments in 1996.

Many students went through his Drug Awareness Resistance Education (D.A.R.E.) program. It was through this program that Winkley helped keep many of our youth drug-free, while earning their admiration and respect. He was involved in the Niagara County WNY Chiefs and also served as a liaison for the Niagara County Law Enforcement Academy. Winkley retired from the police force in 2007 and, that year, started teaching full-time at Niagara University.

In 2007, Winkley was honored as the Village of Lewiston Citizen of the Year at the Chamber Gala. His other list of accolades runs long. Winkley was the Moose of the Year in 1995. The Lewiston-Porter United Teachers Association presented him with its "Friend of Education" Award in 1994 and 2004. He was honored by Buffalo State Collage as an outstanding professional in the criminal justice field, and Niagara County Community College honored him as a distinguished alumni. Winkley also serves on the NCCC Foundation board.

The Town of Lewiston has been fortunate to have Winkley serve in his roles as councilman, trustee, public servant, educator and chief of police. We are happy to join the list of organizations that have recognized him.