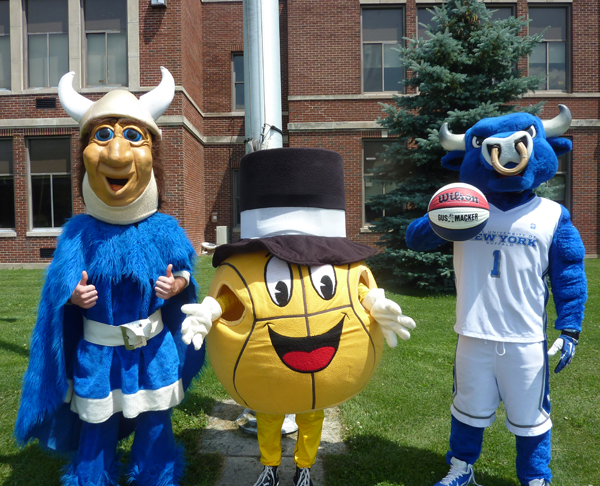 The Gus Macker 3-on-3 Basketball Tournament has moved up a week in the schedule to June 4-5.

At a Grand Island Town Board workshop meeting Monday in Town Hall, Town Supervisor Nathan McMurray told the council the street basketball tournament that made its debut last August on Grand Island Boulevard, originally scheduled for June 11-12, will advance a week to avoid coinciding with the Grand Island Relay For Life and Grand Island High School senior prom.

McMurray said he had ongoing discussions with Corey McGowan of Corey McGowan Productions, promoter of the event, to discuss topics such as the emergency services at the Macker, which hosted more than 200 teams last year. McMurray said the coverage to have an ambulance on site for health support is the main issue for McGowan. The added expense of paying for an ambulance on standby tips the scales further toward making the tournament an unprofitable event.

"The requirement is that he has an ambulance on site. Have you guys seen his budget that's he's put together? He's losing money already," McMurray said.

McMurray said he told McGowan that if the town's fire chief says an ambulance is required on standby at the Macker, the town would support that mandate.

McMurray noted the town's emergency services leadership, brick and mortar businesses, and Chamber of Commerce support the event. "There's really not that much opposition, we just have to make sure he gets an ambulance," McMurray said, estimating that having an ambulance for two days is about $5,000.

The tournament will be on the agenda for approval at the March 7 Town Board meeting, said McMurray.