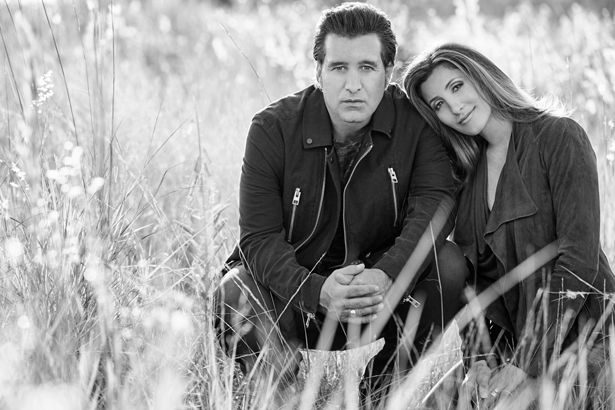 Scott Stapp was upbeat, excited even, when he performed in Niagara Falls 18 months ago.

With new music, a book and a solo tour to promote - and a newfound handle on past addictions - the Creed frontman said then, "It's awesome to be coming out of a dark period in my life and starting to live in the light."

He had reconnected with his Christian faith, with his family, and with his fans. Songs on the album "Proof of Life" declared a new day and a new outlook.

Just a few months later, however, Stapp had a very public lapse, creating and posting videos in which he claimed those closest to him were trying to defame him, take his money or worse. Stapp also threatened the president, though he later admitted he was trying to protect the commander in chief.

While many were quick to suggest Stapp had simply fallen back into old habits of drinking and drugging, something else was afoot.

Thanks to the observations of his wife, Jaclyn, Stapp sought medical advice.

In an interview late last year with Rolling Stone, he said, "My delusions were really bad, and they kept getting stronger and stronger. There was paranoia, delusions and even slight hallucinations. My wife did everything in her power to try and help me."

Stapp was diagnosed with bipolar disorder. He participated in the Recording Academy (Grammy) MusiCares program before going on to a more specialized medical facility.

The singer has been receiving treatment - and counseling (televised on VH1's "Couples Therapy") - to the point that, today, a little more than a week ahead of his Western New York return, Stapp said, "I tell you, health-wise, I think I'm in the best place that I've ever been."

"For the first time in my life, I've been properly treated for bipolar disorder," he told NFP. "I completely changed my lifestyle and my diet; proper exercise; proper sleep. And then I'm working a recovery program. And so, I really feel that I'm on the right track."

After 20 years of trying - and failing - to self-medicate his problems away, "To finally have a proper diagnosis, and to have it properly managed, and to be balanced for really the first time in my life, is a unique and refreshing and exciting place to be in," Stapp said. "Getting the diagnosis was bittersweet. It took me a little while to accept it. But once I realized how my life would change, and how my life began to change, and how great it feels to be balanced and stable - and how that impacted the rest of my life - a true joy began to come over me. Because I realized, 'My God, I'm not fighting the unknown anymore.' Because, for years, I didn't even know what I was fighting, and couldn't explain why the alcohol and the drugs - why that cycle was going on.

"There was definitely a connection between my untreated bipolar (and) my struggles with alcohol and drugs. And so, to have both of those in control ... today I really feel like I'm in the best place I've been in in my entire life."

Stapp is, as advised, living his life "with a mentality of just one day at a time," he said. "But I've really made a lot of changes in my life.

"Thank God the for the love of my wife, Jaclyn, and my children. They give me the inspiration, motivation, support to get to this point. I really feel lucky and blessed to be alive, and to be given another opportunity to do what I love." 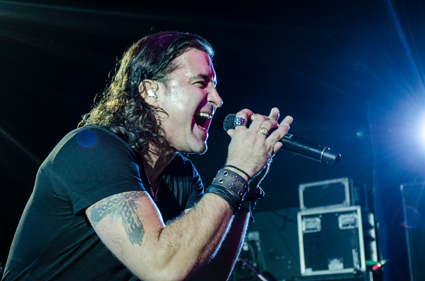 That is, of course, performing music.

"I'm extremely grateful and really approaching this tour with such a deep appreciation and gratitude towards the fans," Stapp said.

As part of his new "Proof of Life" tour, Stapp is offering VIP experiences wherein fans can meet him, participate in a Q&A session, tour his bus and receive some autographed swag.

"I'm blown away by the response," he said. "I think, pretty much, all the VIP packages have sold out. And that just blows my mind. Again, I'm just filled with such gratitude."

Following his video tirades, Stapp said he didn't expect such opportunities would exist.

"I'm just so humbled by it," he explained. "My fans have stuck by me through thick and thin, and they mean so much to me. I look forward to being able to personally shake their hand, give them a hug, tell them how much I appreciate them, and let them into my life."

Eighteen months ago, while in the throes of an undiagnosed disease that was thrashing his mind and body, Stapp offered a remarkable performance inside the Seneca Niagara Casino Bear's Den. He was a commanding figure on stage, belting out Creed hits and solo songs with a power and presence not seen with most microphone-grabbing singers.

When the room goes dark, the curtain is pulled back and the colored lights shine, Stapp said he begins "Feeding off the energy of the audience; feeding off the power of music."

Stapp will bring his solo show to town next week. He performs at Buffalo's Iron Works Tuesday, Jan. 26.

Going solo, "I think it is an ideal situation for me, as an artist, because I get to do Creed catalog as well as my solo material," Stapp said. "It really is a full representation of who I am as an artist."

Plus, he said, his backing band has "Extremely talented, powerful musicians who are really into what we're doing. And you can see the passion in their performances."

While he's enjoying this tour's uniqueness, Stapp said he longs for the day when he can reunite with Creed.

"There's nothing that compares to the chemistry that I have, and that the band Creed has together," Stapp said. "The chemistry Mark Tremonti and myself had; Scott Phillips and myself had; Brian Marshall and myself had; and then what we have collectively - it just can't be duplicated. There's definitely some magic there - something special. I love to jam with those guys.

"Fortunately, I'm at a situation in my life where I get to go do my solo work and continue to play the Creed songs I love. And then hopefully, when the time's right, get back together with the guys and do what I love with them, as well."

Scott Stapp is online at http://scottstapp.com/. 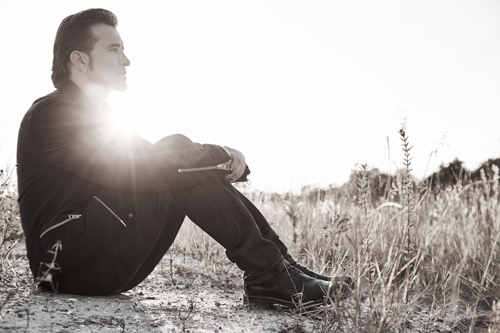