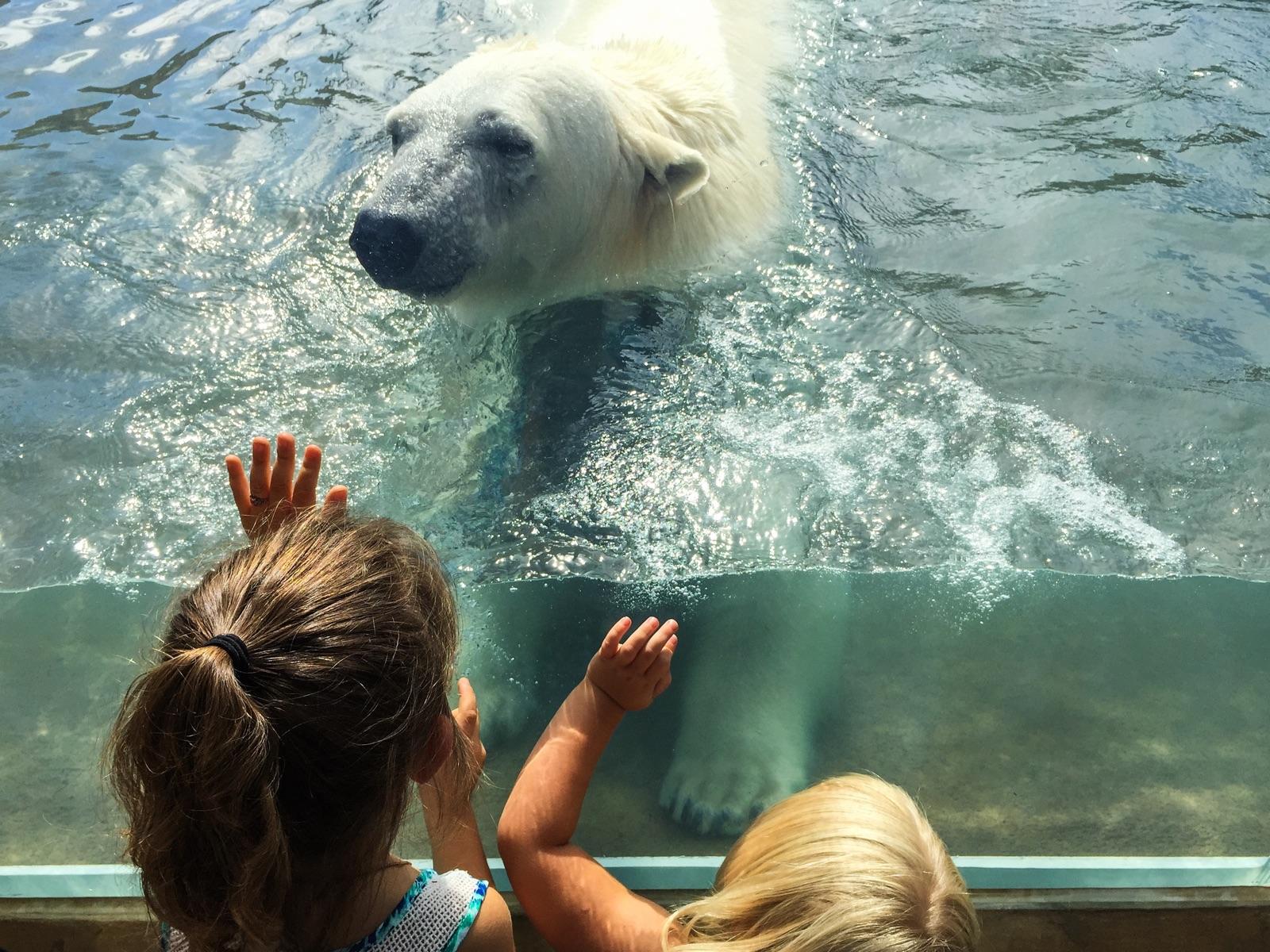 There's a lot to see in the Buffalo Zoo's new Arctic Edge exhibit ... but its star is one particular 450-pound diva.

Luna, the polar bear who was born at the zoo about three years ago, spent much of a media preview Friday evening with her nose up against the glass, keeping watch for her adoring public ... or roaming her new enclosure to see if anyone was at one of the other viewing points. 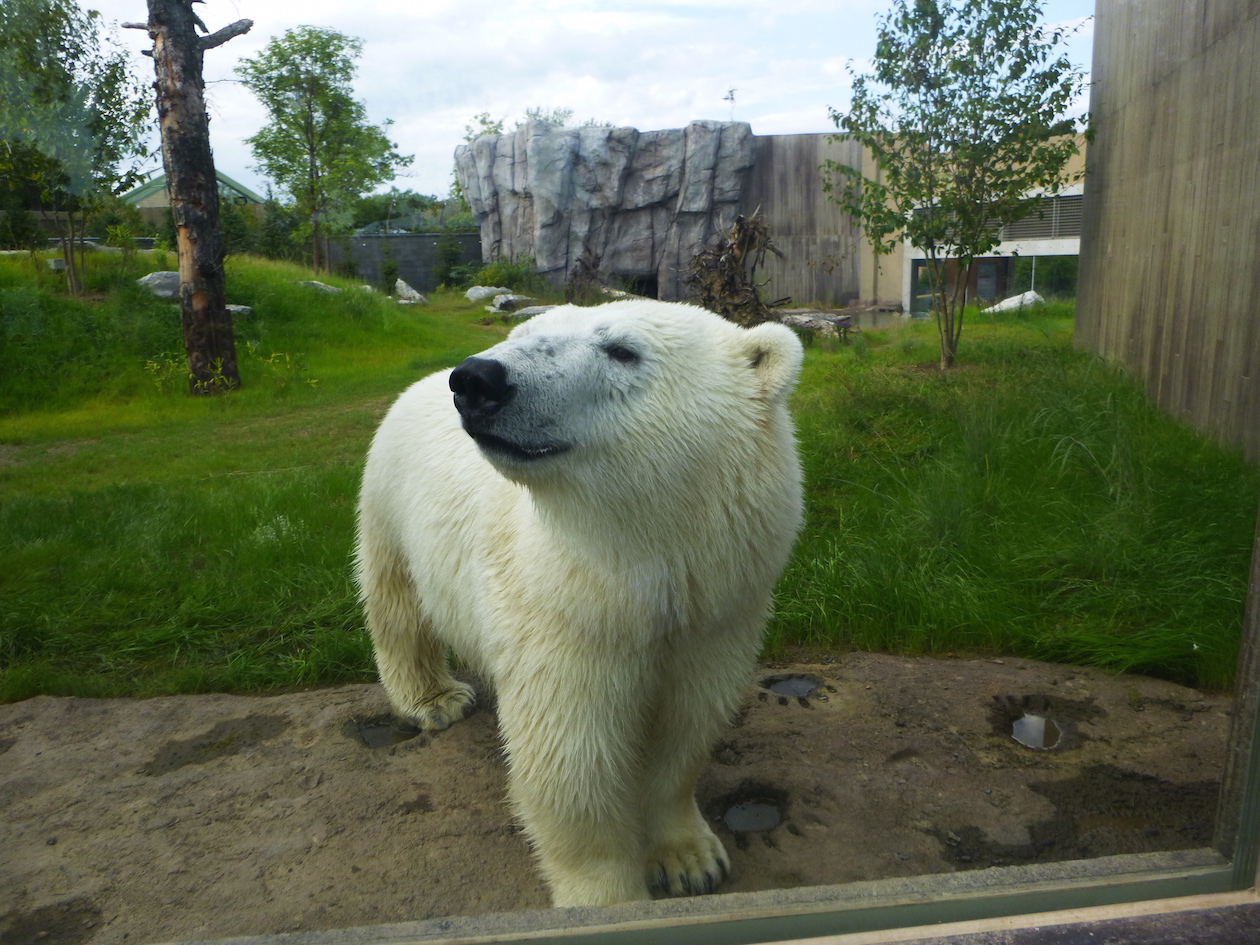 Luna the polar bear stands in her new enclosure Friday evening in the Buffalo's Zoo's new Arctic Edge exhibit. The exhibit opens to the public Sept. 12.

Caitlyn Bruce, a zookeeper who cares for Luna, said that the bear had a ball during the membership preview night Thursday.

"That was the first time we had a lot of kids here in a long time and she was just so happy," Bruce said. "She was playing with the kids; she was splashing with them, trying to pounce on them and just having a great time. And after she played for a couple of hours, then she went and took a nice, long nap."

Arctic Edge, a new $14 million, 1.5-acre exhibit, opens to the public today at the zoo. The exhibit takes the place of the old bear grottos, which were originally built in the 1890s, and houses Luna, her mother, Anana (who spent the renovation period at the Brookfield Zoo in Chicago), two bald eagles, two Eurasian lynx and a pair of gray wolves who used to live at the New York State Zoo in Watertown. 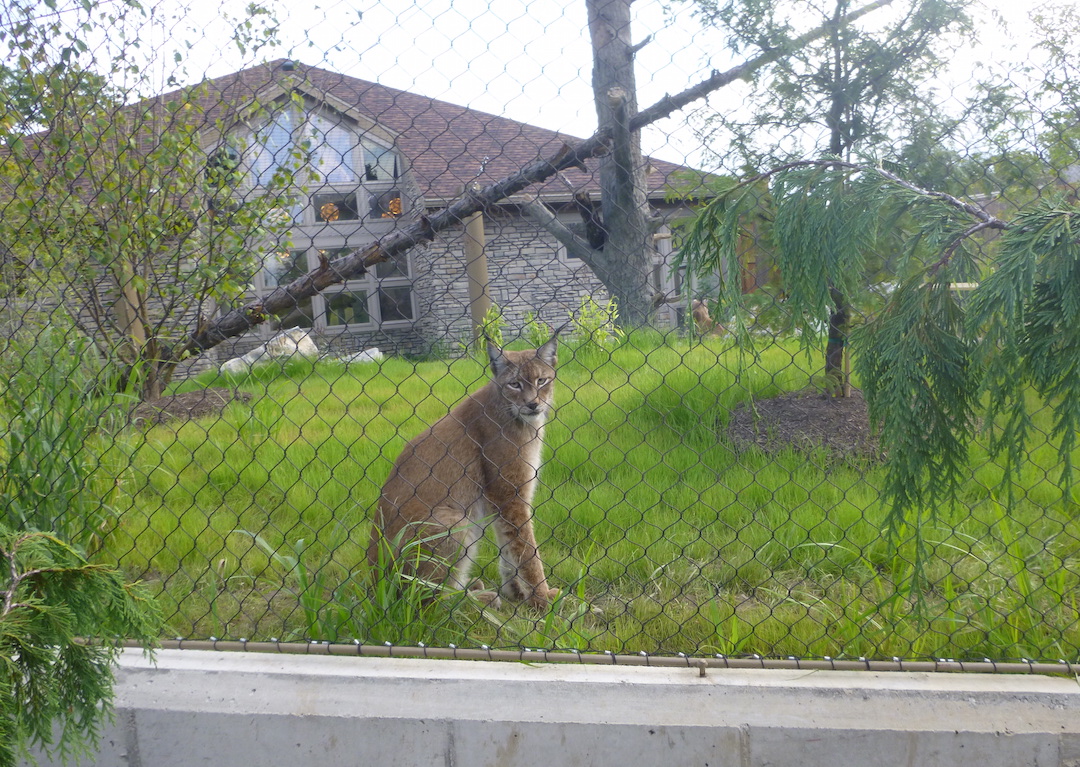 A Eurasian lynx watches passers-by from its enclosure in the Arctic Edge exhibit. 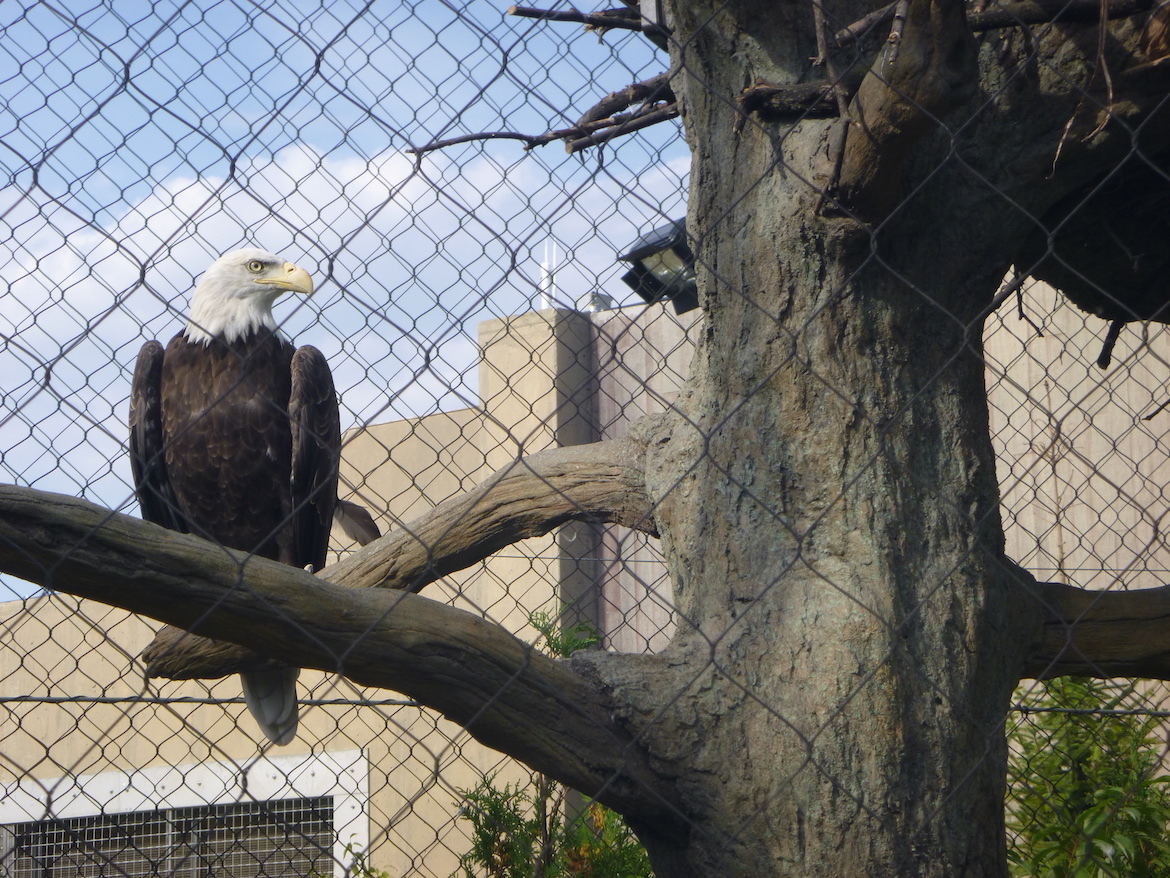 A bald eagle sits on a branch in the new Arctic Edge exhibit.

This is Luna's first time on view since she broke her leg in a fall about a year ago. Bruce said the bear is fully recovered.

"Within that year, it was a long process for her recovery, because we had to actually go in, have a very extensive surgery to put a metal plate in her leg, because obviously you can't put a cast on a polar bear, and you can't tell a polar bear, 'bed rest,' " Bruce said. "So we had to put a metal plate in so the bone could heal, and once the bone healed, then we had to do another extensive surgery to take that metal plate out. And then she had to recover from that surgery. But even through all that, she walks around like nothing ever happened. "

Both the polar bear habitats in the exhibit feature a landscape designed to replicate the Arctic tundra where the bears would live in the wild. Both have large pools with viewing areas; Luna's showcases the shallow end, so visitors can watch the young bear splash and interact with guests, while Anana's shows the deep end of her pool. 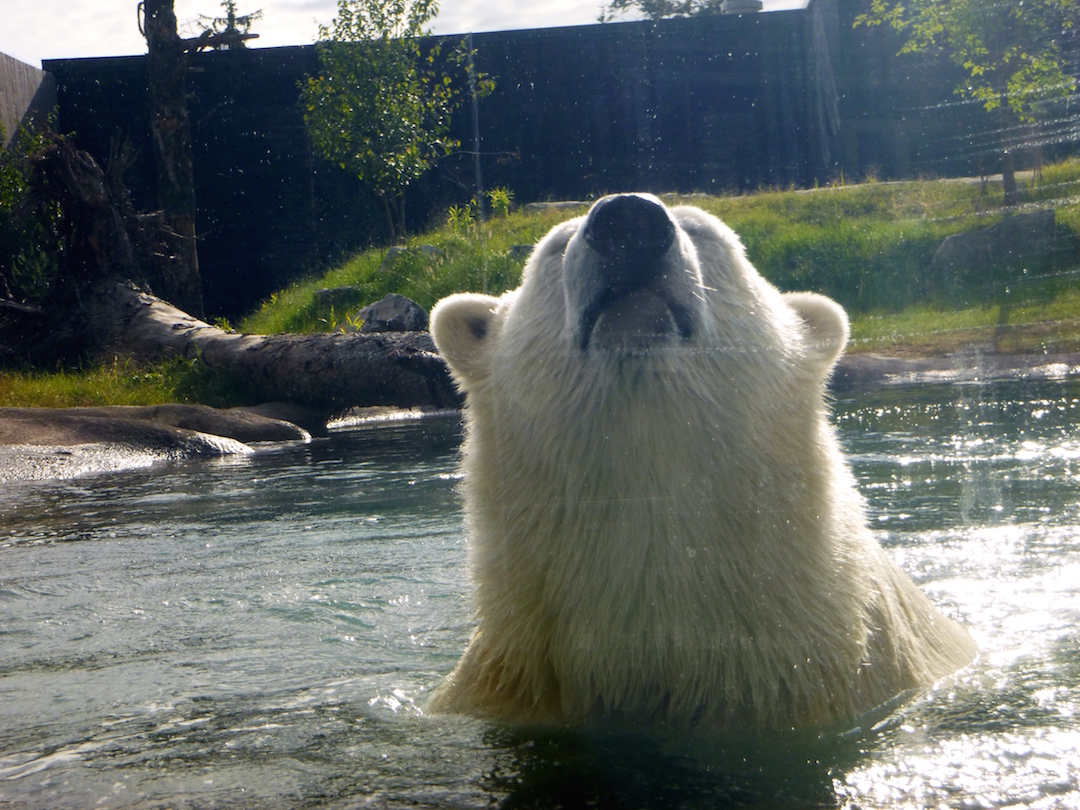 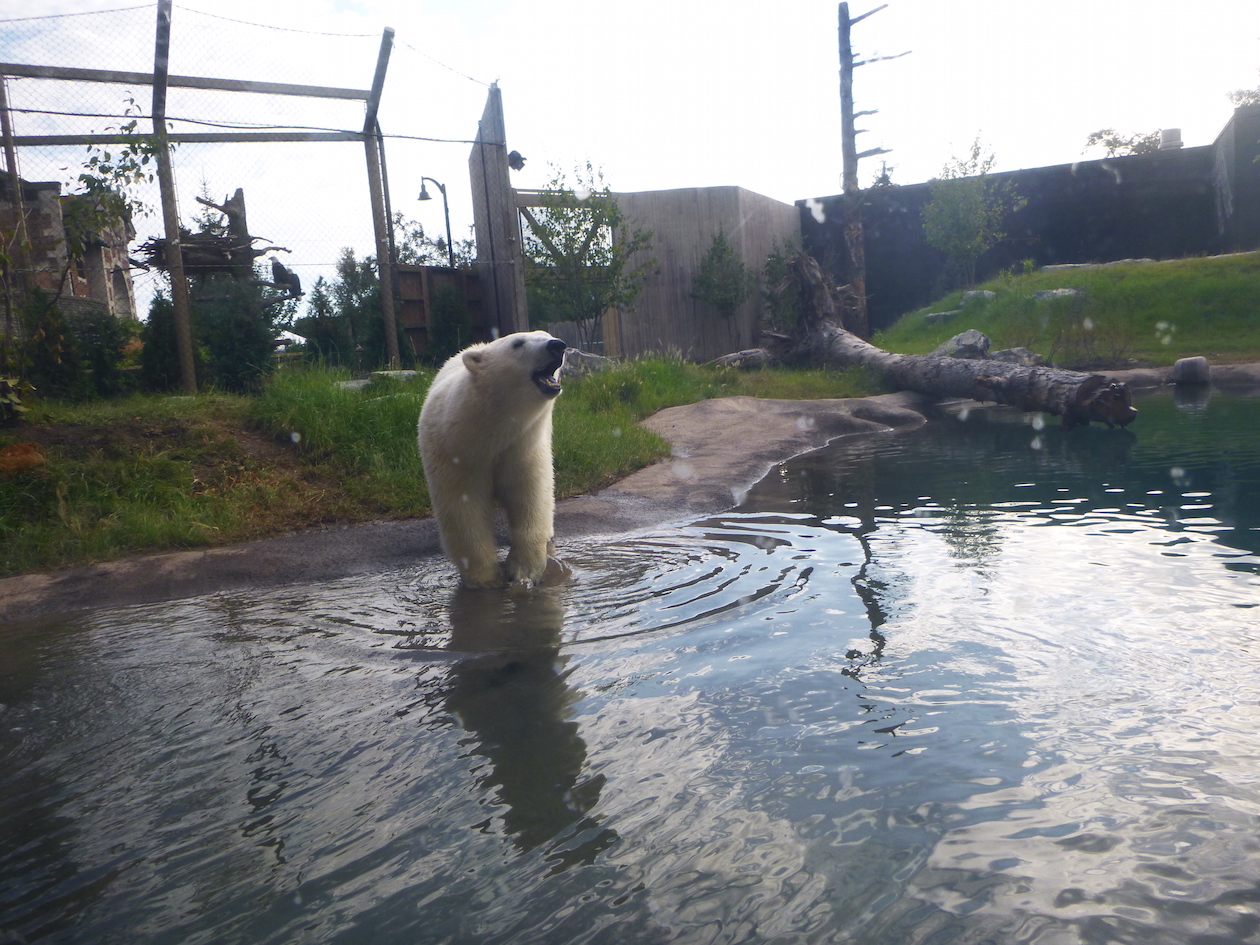 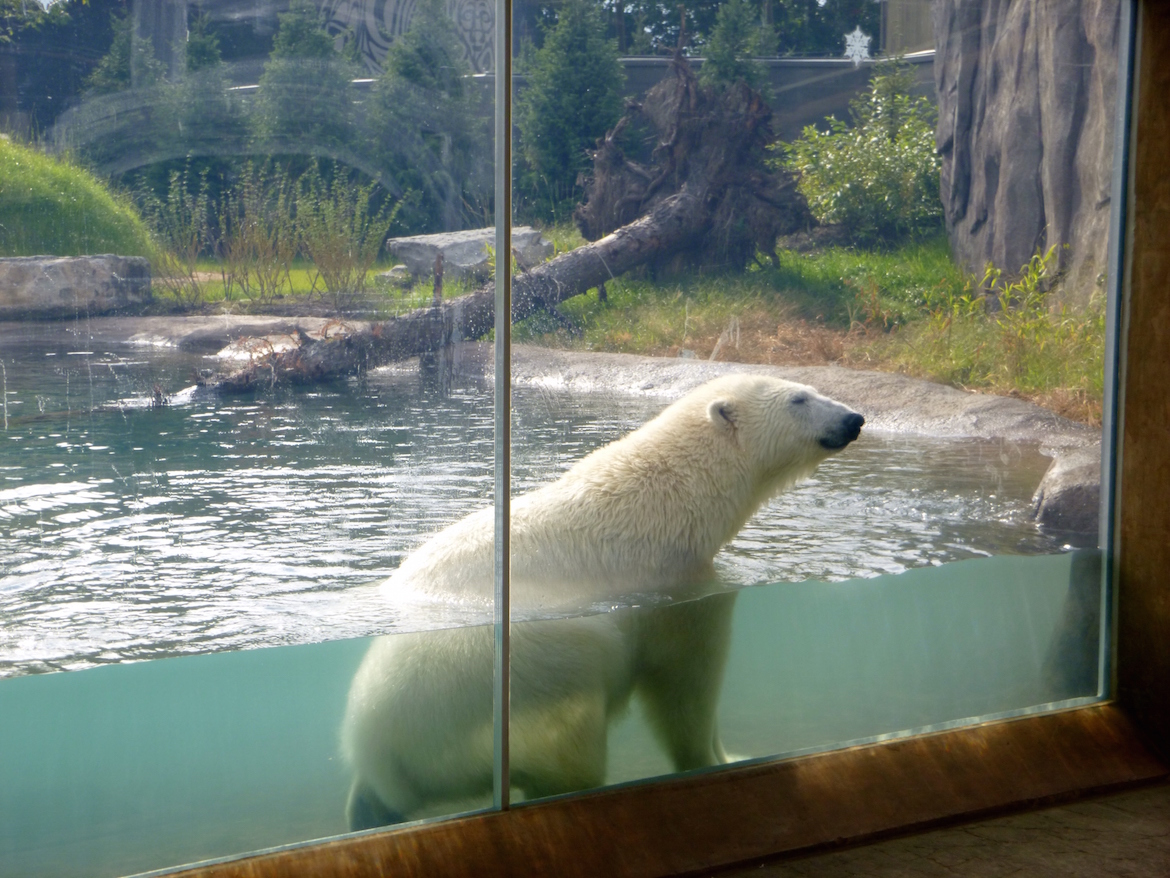 The area also includes an Arctic Conservation Interpretive Center located in a former gift shop. The center offers information and interactive elements to teach visitors more about climate change and how it affects polar bears in the wild.

"It's amazing, because I worked in the bear exhibits that were here before, the big bear grottos," Bruce said. "And sometimes I have to stop myself, and I'll look around and I'll think ... I can remember what it looked like here two years ago. And it's just the complete opposite of anything that it ever was.

The exhibit was designed by Foit-Albert Associates of Buffalo and Pat Jankowski Architects & Landscape Architects of Seattle. It was paid for through a capital campaign and public funds from a variety of sources, including New York state, Erie County and the City of Buffalo.

"It's been a long time in the making," said zoo President and CEO Donna Fernandes in a statement. "We know the community is looking forward to finally seeing the exhibit, but no one is more excited for the opening of Arctic Edge than we are."

The zoo's next project will be a $2.5 million renovation of the Reptile House, which originally opened in 1941. Plans call for replacing all of the animal enclosures with new exhibits and self-contained habitats, and include a large area for Komodo dragons, the largest lizards in the world. 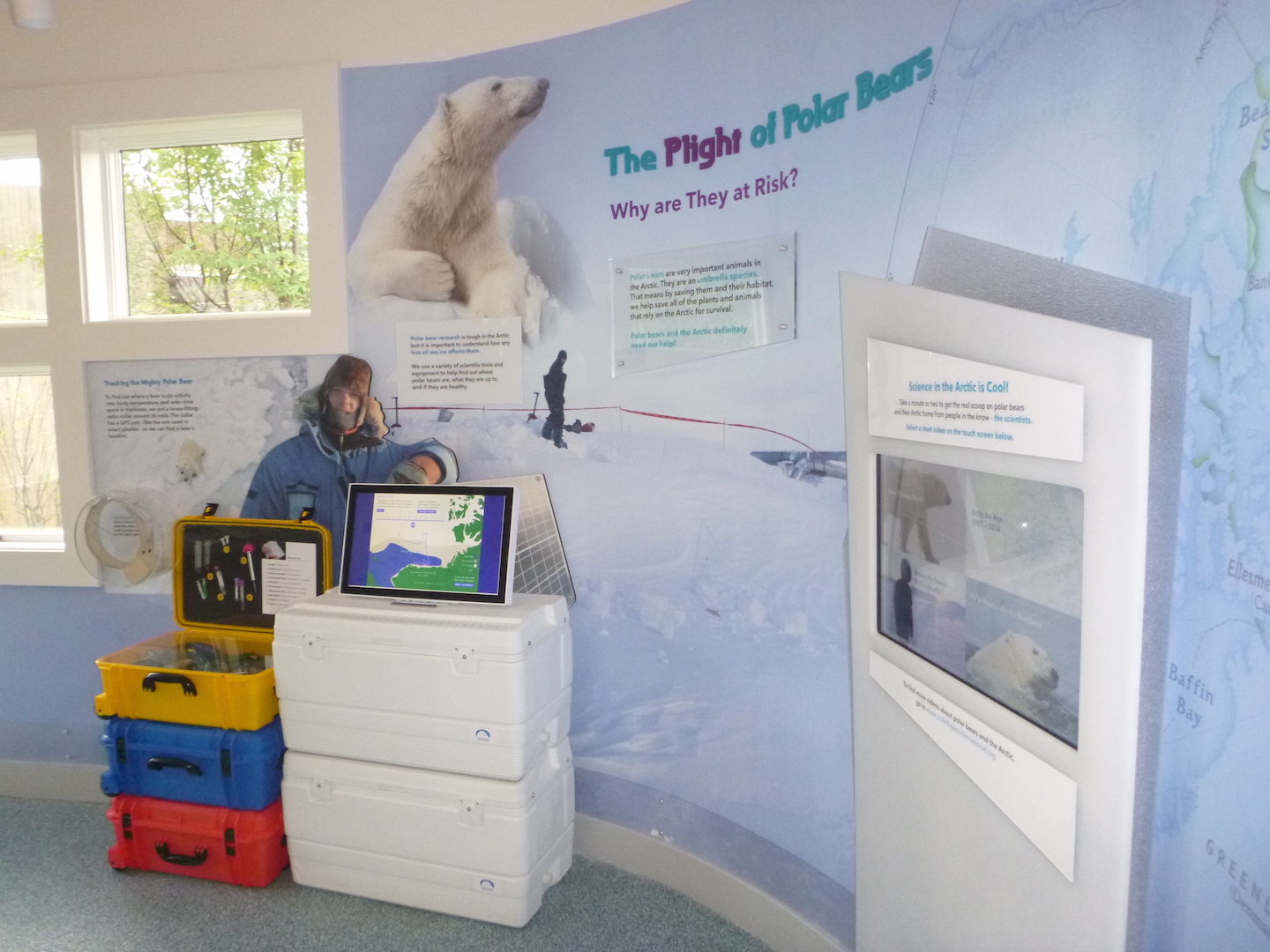 The Arctic Conservation and Interpretive Center. 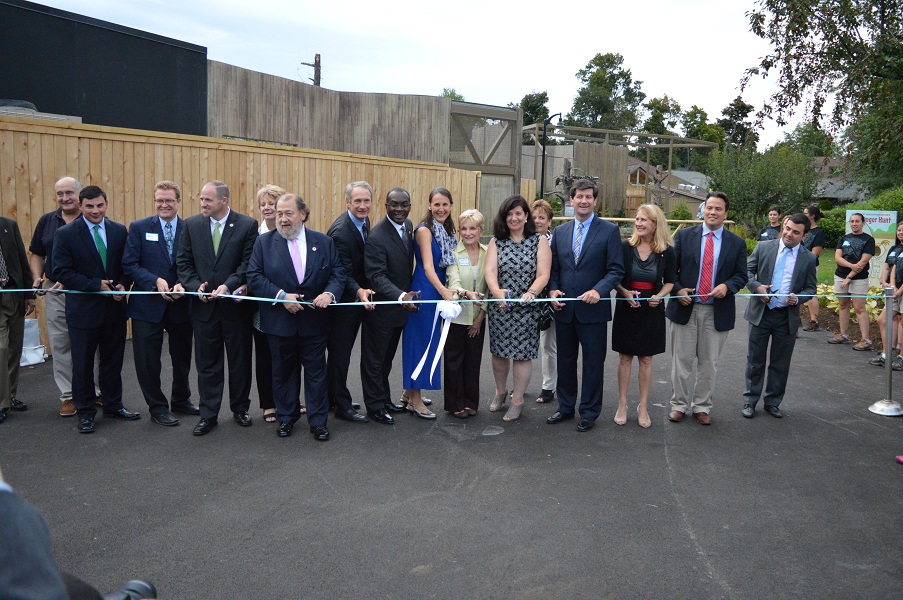 Elected leaders participated in a ribbon-cutting ceremony Friday at the Buffalo Zoo.