New district superintendent has a focus on teamwork

Daniel Ljiljanich wanted to be a teacher ever since the 10th grade.

Becoming an administrator, however, was another story.

During a recent interview, Ljiljanich, the new superintendent of the Niagara-Wheatfield School District, spoke about how a principal with whom he worked while a teacher at Orchard Park High School first suggested he might want to look into administration.

"And I said, 'Absolutely not!,' " Ljiljanich related with a laugh. "Which was probably my first 10 answers. But he was a really good principal and a really good leader, and eventually I picked up some of the literature that he was giving me and decided that it was something I should be doing."

Years before that, however, he graduated from high school in the City of Tonawanda, then returned to the school to teach social studies for three years after earning his bachelor's degree in social studies education from Fredonia State College. (He also holds a master's degree from Buffalo State College and graduated from Canisius College's educational administration and supervision program.)

"I was able to actually teach with a lot of the teachers who taught me, so it was a really neat experience," he said of Tonawanda High School.

After that, he taught at Orchard Park High School for nine years. His first administrative job was at Williamsville South High School, first as assistant principal, then as principal. He served as superintendent of the Silver Creek School District for three years before accepting the job in Niagara-Wheatfield, which officially started July 1. 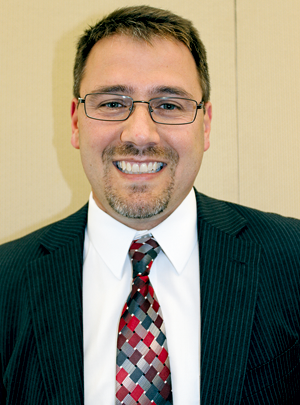 Steven Sabo, Niagara-Wheatfield Board of Education president, said that, of all the superintendent contenders, Ljiljanich fit the board's list of specifications - including experience as an educator and administrator -- the most.

"He was the most highly recommended (candidate) that we got from all the people we checked in with," Sabo said. "It was one of those chances to get one of the best superintendents in Western New York to work with the district."

Matthew Bogosian, the Silver Creek Board of Education president and a board member for 17 years, said he's worked with many school leaders over the years ... and Ljiljanich is "a top-notch guy ... and an excellent superintendent."

"It's a loss for Silver Creek, but I'm happy for the students of Niagara-Wheatfield," he said.

But it all started in high school, where, among other things, Ljiljanich coached children's soccer and taught tennis lessons. He also became involved in working with the Upward Bound program, which works with at-risk students at many area schools.

Throughout his years in education, Ljiljanich said he's proud of being able to create a "collaborative culture" to accomplish goals.

"I don't think you ever do anything great, anything good, alone," he said. "So you need the help of many others and I like to think one of my strengths is being able to determine the areas that are in need of improvement and then set goals to work on those."

Ljiljanich said he's still learning about his new district and meeting with the leadership team, but he had some thoughts on the challenges facing school districts today

"I think finding the best ways within the district to make sure our students graduate should always be a top priority," he said "And making sure that the way we work with and track student achievement is focused and clear. That's an important piece anywhere. I've certainly done enough research here to see that's something we need to focus on.

"And graduation rate goals don't start at the high school. They start at the elementary school. And by the time they reach high school, we have to have a way to make sure they get all the credits that they're assigned to get each year. And when they don't, that we have really clear measures in place to help them recover those credits. ... We need to make sure that our credit recovery program is very strong so students can achieve the 22 credits necessary for graduation."

According to Buffalo Business First, the Niagara-Wheatfield school district had a 90 percent graduation rate in 2013 and 2014.

One of the more divisive issues in education today is what some see as a focus on standardized testing. Ljiljanich sees value in it, however, calling the current standardized tests in New York state "some of the best tests being given and created."

"And the reason I say that is because they're connected very closely to the skills that need to be met with regard to the Common Core learning standards," he said. "Remember, the Common Core is skills-based, which is a little different than what I think people are used to. The tests themselves are aligned with what those skills are."

And that links into another issue -- the Common Core learning standards themselves. Ljiljanich also sees value there.

"Remember, it wasn't too long ago that, in New York state, a student in one classroom could be learning information very different than in the same grade level right next door," he said. "And so having a standard set of skills or learning expectations for everyone, I think is ...overall good."

Ljiljanich, who has three children of school age, noted that he's seen the advent of the standards firsthand as an administrator and a parent.

"I think one of the frustrations, and I hear this all the time, is that parents feel like they can't help. So schools have to continue to get the message out that if there are areas that they can't, as a parent, help with, it's OK. Allow us to do that," he said. "And I think that's a hard thing for parents, and I get it. You want to be able to help your child and if you were taught in a different way, it becomes a struggle to try to help."

Despite the challenges, however, he said that why he loves what he does still comes down to the people with whom he works.

"I've been very, very fortunate. At every place that I've worked, I've loved it there," he said. "And I think it has a lot to do with the profession. I'd like to believe that people who go into this profession, decide to work at a school district, do it because they want to work with kids. And care about kids. And when everybody starts with that common ground in mind, I think that you can do just about anything.

"... There's always challenges, and there's always headache and heartache and difficulty, but in the end, if everybody's pulling in the same direction and it's with kids in mind, you usually end up in a pretty good place."