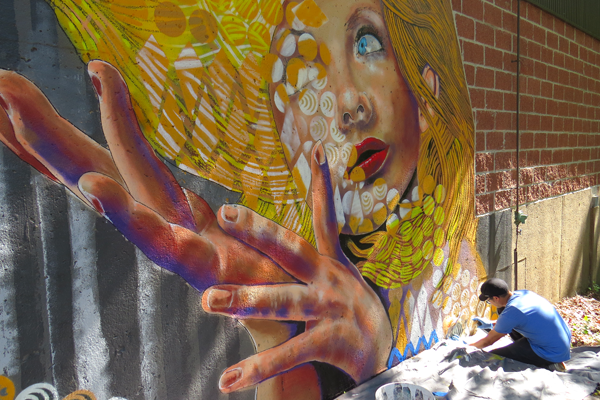 Chuck Tingley works on a permanent mural at Artpark in Lewiston. "I like working big," he said of his creation.

"The patterns are inspired by an artist named Robert Smithson, and he's the creator of land art," Tingley said Wednesday. "Artpark started as a residency for people that did land art. And it was made in the name of Robert Smithson.

"So, the patterns I took from some of his sculpture work, and I turned them into stencils."

Tingley's creation will extend onto the backs of the Mainstage Theater terrace benches.

"It's sort of like a Mother Nature-esque theme, where she's releasing these goldfinch birds," he said.

Tingley chose this image because "goldfinch birds ... they're at one with nature. It's kind of like reclaiming the nature," he said.

The artist sought to bring balance back to a venue presently known more for its musical and stage offerings than anything else.

He expects his work to be completed by the end of next week. Spectators are encouraged to watch Tingley work.

Tingley lives in Lockport, while primarily working in Buffalo, where he received a BFA in painting at Buffalo State College. His works can be found gracing the walls of many public spaces, including Elmwood Avenue and Main Street in Buffalo. He has exhibited both solo and group shows in New York, and his work can be found in private collections throughout the country. 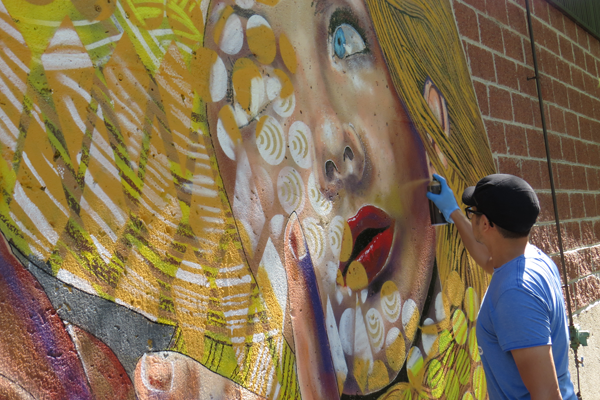 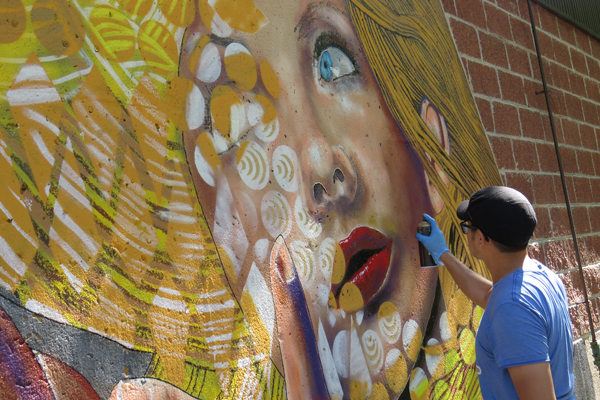 Chuck Tingley works on a permanent mural at Artpark in Lewiston. "I like working big," he said of his creation. 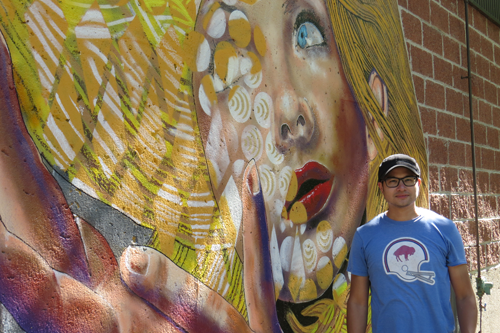 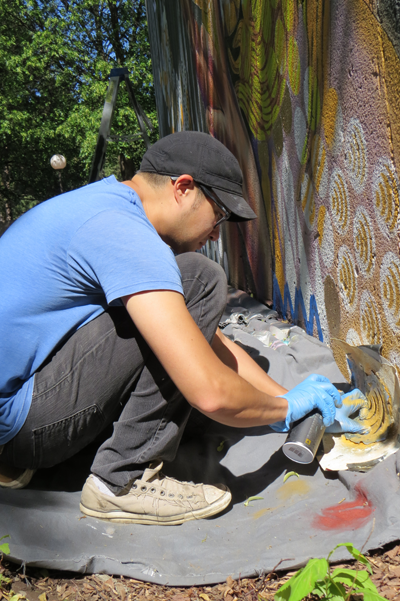 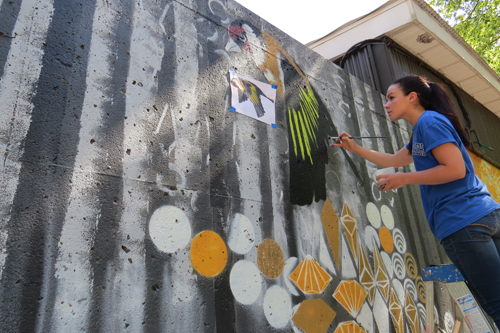 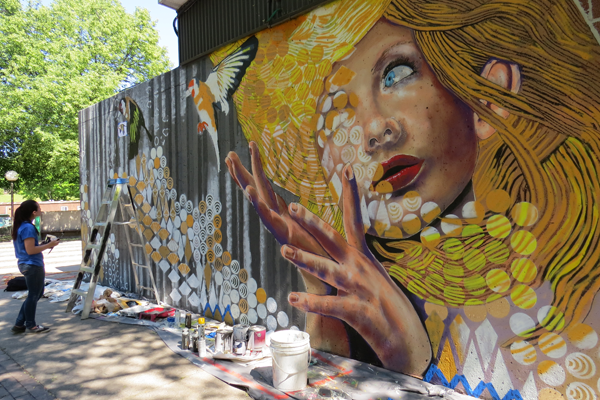 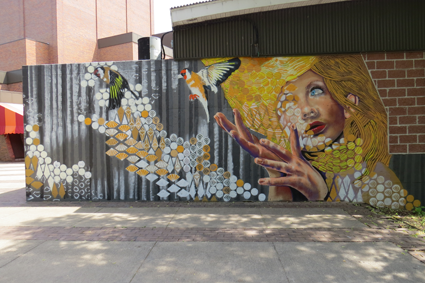 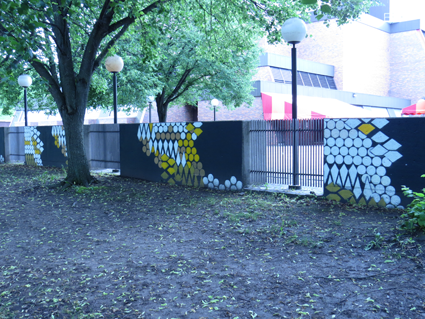 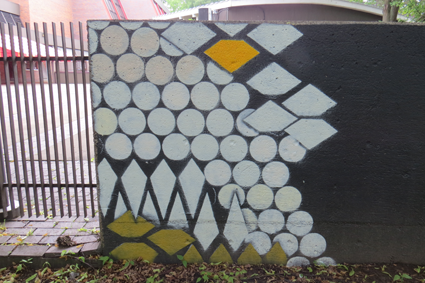 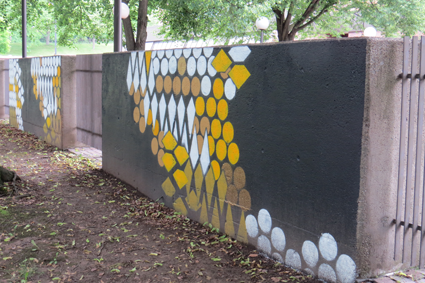 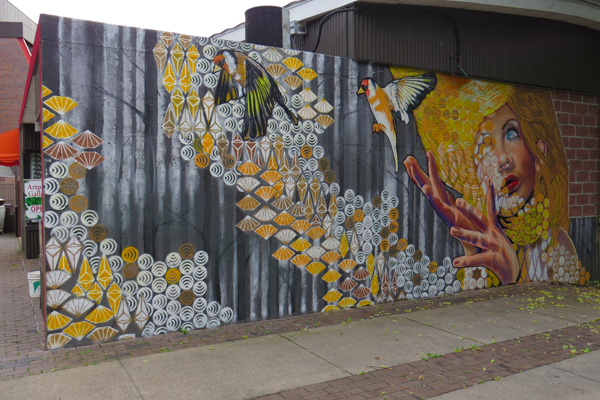 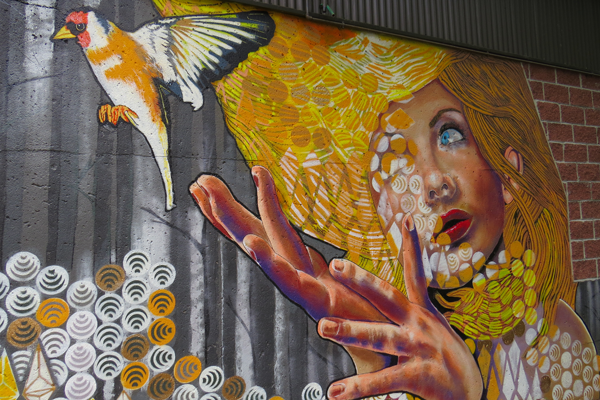