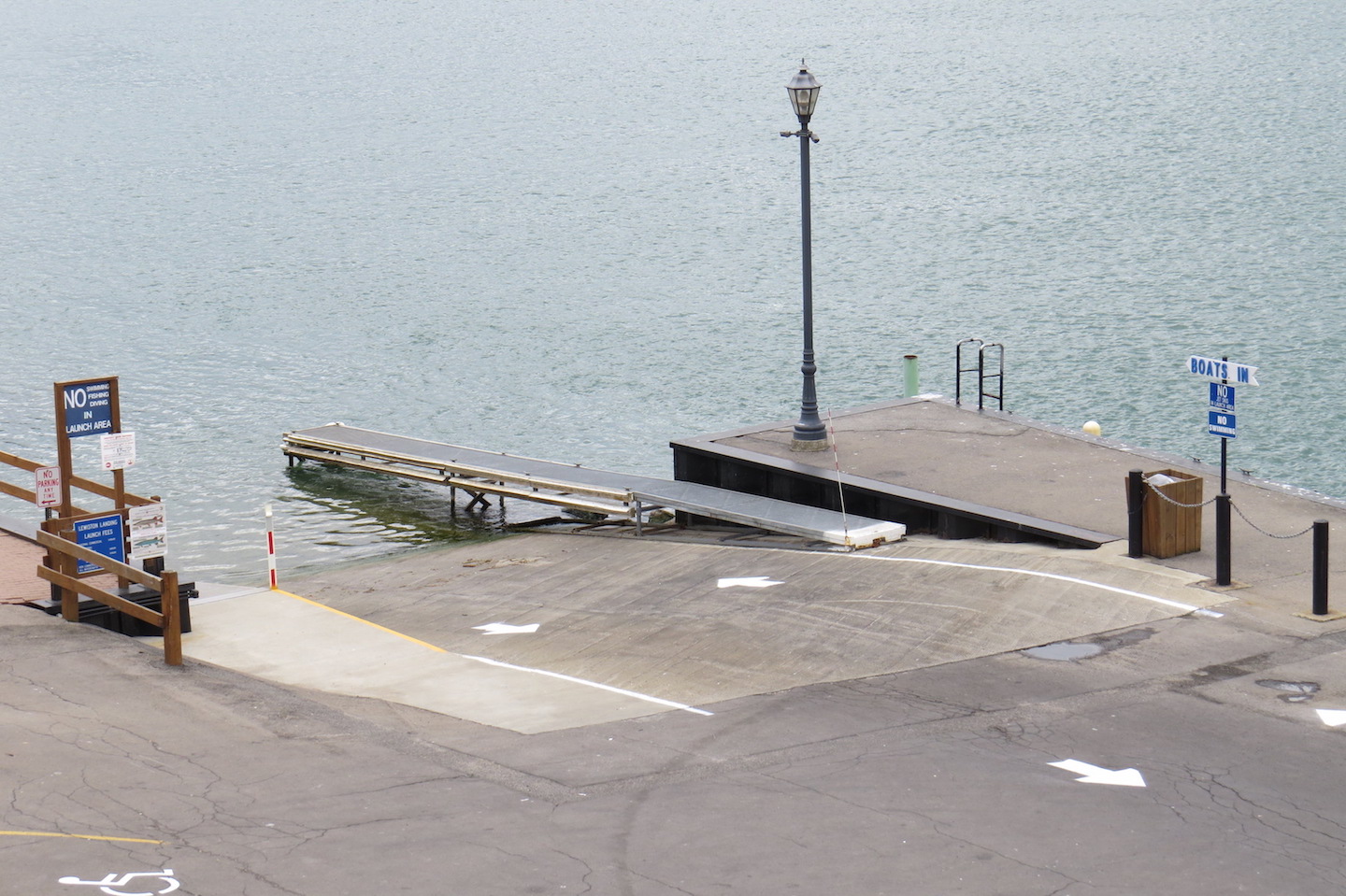 Trustees in the Village of Lewiston voted Monday to re-establish the $4-per-kayak fee at the north Water Street docks, and they added a $20 season pass.

"A month ago we had discussion in regards to kayak fees at Lewiston Landing," Mayor Terry Collesano said. "A group of people came out. Most of them were opposed to the $4. We had it at $7, and we understood a year ago that it wasn't the right price, because some people were complaining. So, we lowered it to $4. We thought it was all right at $4, until they came and complained about the $4.

"There was some discussion with the people in the audience, though, that they thought - some of them thought - that a yearly permit would be all right, if it was reasonably put. Maybe at $25 ... for the season.

"We did have discussions with our harbormaster, Mr. (John) Ritter, and he didn't feel it would be any problem - it would actually be a benefit to him if we had the permits, because then they could stamp the boats and he would have a better handle on what was going on down there."

Ritter told the board, "If you charge one person, I feel you have to charge everybody. If you're not going to charge kayakers, then how can you charge the boat (owners)? That's only fair."

"My feeling is I don't like to see it reduced to nothing, as some suggested, because, if we do that, then we're penalizing the boaters that are going in and paying a fee. I don't think it's right for (the kayakers) to not pay anything," he said. "So, my suggestion would be to leave it at the $4 per launching, and they can get a permit at the village offices for a nominal fee."

Deputy Mayor Bruce Sutherland said the summer-long permit could be too expensive for those with more than one kayak.

"You talk about owning multiple kayaks. We've got people that own two and three jet skis," Ritter said. "They buy seasons' passes. That's $70 for each one. If they pay, the kayakers should pay."

The board unanimously approved the $4-per-use, $20-per-season fee.

While that resolved one issue, another remains.

Ritter said the bigger problem is not the kayaks, but the vehicles used to transport them - and he suggested some kayakers are unwilling to cooperate with other seafarers looking to launch.

"If you've got 20 kayakers going out at one time, that's 10 or 12 cars at one time," Ritter said. "They park all over the place. You can't move a trailer, a truck - nothing - until they're done. Sometimes its takes 45 minutes to an hour to unload all their equipment."

Sutherland said, "It's a tough spot. There's not that much room."

He mentioned the new fees could go toward building a separate takeoff spot for kayakers.

"I'd like to see us, if we could, take that money and fence (the dock's north side) off somehow. ... (We could) look to designating it for putting in a kayak launching area, where they could come down and park, maybe, on the other side, and then launch their kayaks over there. And then nobody is in the way of the boats launching."

Sutherland suggested the launch area could have stairs and a floating dock.

Gittermann goes out with a kiss

"Brandan is alumni of the Red Brick School," she said. "I'm sure he'll do a very, very good job. ... And I hope that you give him as much hassle as you gave me!"

Gittermann added, "This is my last meeting as an employee. Now I can come to the next meeting and complain."

As the audience and board members shared a laugh, Collesano quipped, "What have you been doing for the last 16 years?"

Following another big laugh, Gittermann proceeded to say, "I'm not a very demonstrative person, but I really think you guys all deserve a kiss."

She turned on a recording of The Village People's hit song, "YMCA," and presented chocolate candy kisses to the board members, department heads, employees and audience members.

"Thank you for your help," Gittermann said.

"Let's have a hand for Marianne," Collesano said as the crowd began clapping.

Police cracking down on speeding

"I do have (electronic) speed signs out at several different places," Salada said. "I put them out as to requests. If anybody has a request for a fast road that needs it, I try to slow people down by putting a speed sign there."

LPD officers also are keeping an eye out for motorists ignoring the pedestrian right-of-way areas and signs on Center Street. Tickets will be issued to drivers caught hindering walkers.