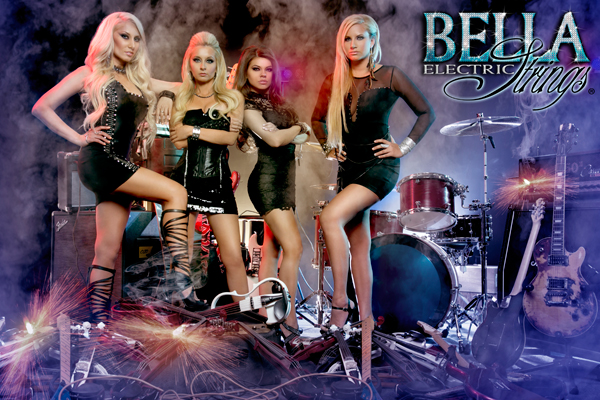 Almost 10 years ago, the Sentinel did a story on a young lady who had ventured from Youngstown to Las Vegas to follow a dream.

Nina DiGregorio is bringing her dream, and her troupe, Bella Electric Strings, back to Western New York for a single performance at 7:30 p.m. Thursday, May 28, at the Historic Riviera Theatre, 67 Webster St., North Tonawanda.

"This is the first time since I was a classical violin teenaged student that I am returning to WNY," Nina said. "And my first time ever as an electric violinist. It always feels like I'm better known on the West Coast than in my hometown. So this is a nice opportunity to show everyone what we've been doing for the last 10 years.

"Plus many of my family and friends have never seen me perform with Bella Strings." 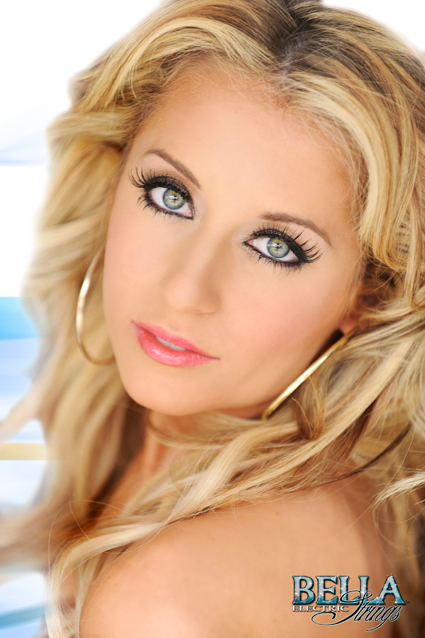 "I was playing the piano when she was about 3 years old," said Theresa DiGregorio, Nina's mother. "She crawled up and pushed me aside and that was the last time I played the piano."

Nina asked for lessons and, while Mom thought she was too young, she gave in and, at age 6, Nina was taking lessons.

"Her piano teacher came out one day and told me she was a gifted student," Theresa said.

When it came to choosing an instrument in school, Nina wanted the saxophone, but the music instructor thought she was too small in stature and suggested the violin. By 13, Nina was studying the violin and guitar. Since then, violin became her instrument of choice. She was also beginning to write her own music and lyrics.

"I wanted sax, because I loved the music of the '50s," Nina said. "But the violin was lighter and I had to carry it on the bus."

That may have been the biggest moment in her life. The violin has taken her from Lewiston-Porter to stages across North America.

Nina learned the basics at Lewiston-Porter, added private lessons to give her more than the basics, and then went on the University at Buffalo for two degrees: one in violin performance, and one in English

Inspired by Russian instructor Movses Pogossian, she completed a master's in violin at the University of Nevada at Las Vegas. 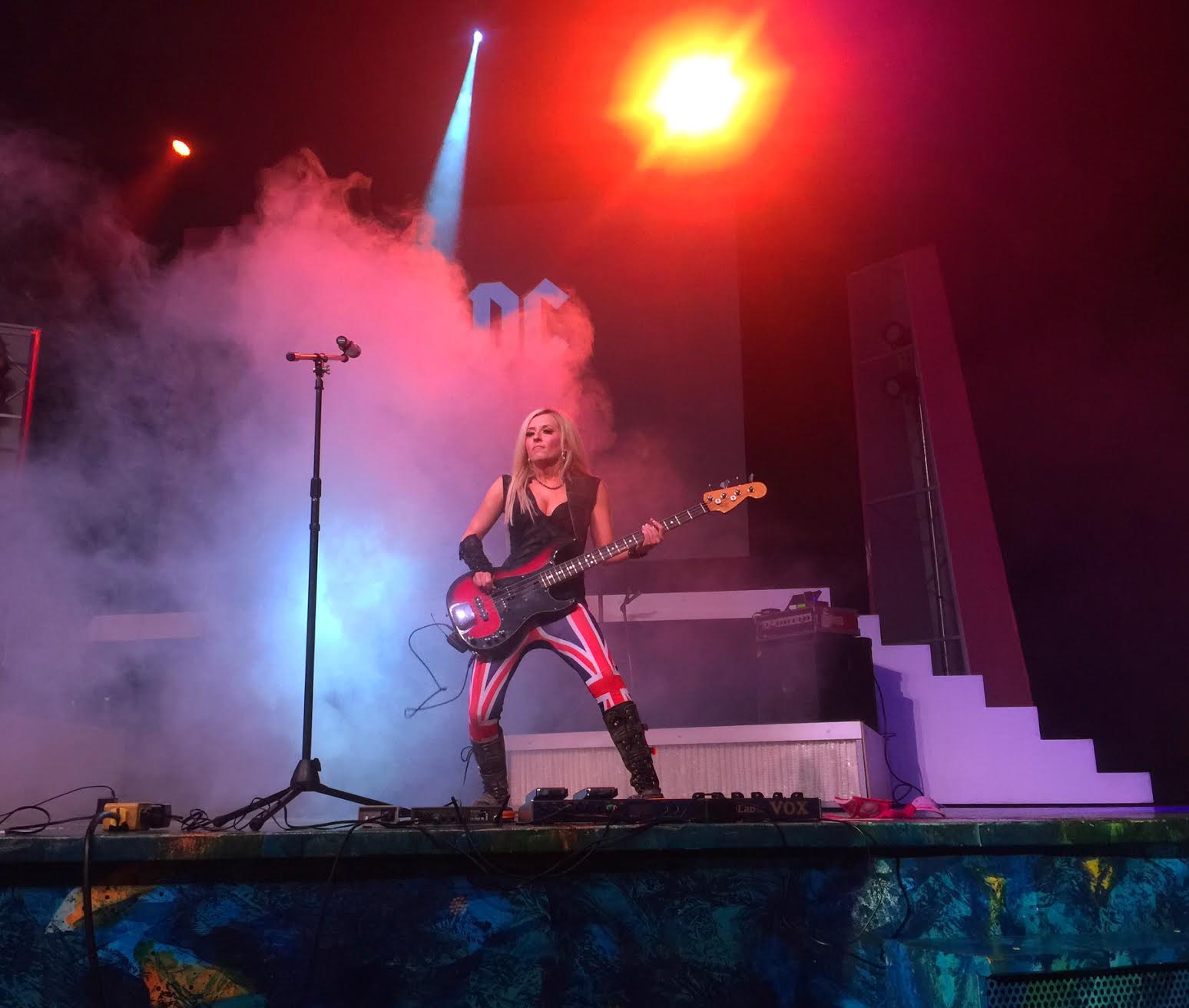 While in the city, she met Wayne Newton's musical director through another Western New York group, the Scintas. She was hired and played for Newton for one-and-a-half years. She also was the solo violinist at the Flamingo for two years with Toni Braxton.

"I remember the first gig with Wayne Newton at the Stardust. I took a pack of matches as a memento of my first professional gig," Nina said.

While playing for groups in Vegas, she decided to take the strings out of the orchestra pit and feature them. So, in 2006, Bella Electric Strings was formed.

The girls are all classically trained, but take that to the next level playing rock songs.

"Imagine if Hendrix played a violin," is the way DiGregorio describes their performance style.

Nina arranged and performed strings with The Killers for President Barack Obama and on The Killers latest album. She has also performed on the Latin Grammys with Shakira, was featured on Beyoncé's "I am...Yours" DVD and both "David Foster and Friends" DVDs.

Nina's television credits include a performance with Andrea Bocelli for the DVD "Amore Under the Desert Sky," the Muhammad Ali 70th birthday celebration, "Michel Legrand and Friends," "Bell'aria," and "America's Got Talent" season one with Bella Electric Strings, of which she is founder, writer and lead violinist.

Her own performance of "25, 6 to 4" on the electric violin was recently noted by former Chicago drummer Danny Seraphine as a performance he has never seen the likes of before. His remarks were that "she got it like no one else." 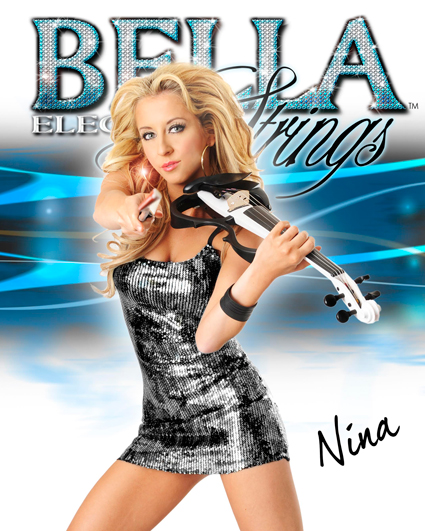 Bella has become a household brand in the world of strings, as they are spokespersons for Yamaha. Members are busy traveling for Yamaha string educator development seminars in which DiGregorio's arrangements are featured to demonstrate the Yamaha silent and electronic violins.

What began with a single electric quartet has grown into teams of performers on the roster who perform throughout the United States, mainly for corporate and private functions.

"We've gained a reputation in the corporate world now, so most of the time the buyers ask for us by name and it is spreading," Nina said.

"She currently has between 27 and 30 musicians under contract and they are trained under her brand," Theresa said.

"We actually have girls waiting to become part of Bella," Nina said in a recent radio interview.

Her booking at the Riviera Theatre came about when Michael Licata of UD Factory, her management team, had other performers booked into the venue. Louis Prima Jr. will be performing at the Riviera the week after Bella.

Coming to Western New York with Nina are Ashley Korak of Indiana and Christina Riegert and Adrianna Thurber, both of Las Vegas. In addition, there will be a three-piece baking bad with North Tonawanda native Licata on drums, John Wedemeyer on guitar and Danny Demorales on bass.

"The hardest thing is being so far from family," Nina said. "But when I get up and go to work, it's not just a job - it's fun. I work with friends, play tunes I wrote, and I love to entertain.

"We are so proud of her," said Anthony DiGregorio, Nina's dad.

"It broke my heart when she moved away," Theresa added. "I wanted her to get a master's and become a teacher."

"I felt we should let it play out if this what she wanted," Anthony said.

"We are just so proud of her," they both added.

"I don't know from day-to-day where I or Bella will be playing," Nina explained. "You build up relationships with artists and develop a reputation that leads to performances."

"I'm very proud, but nervous of her local appearance," Theresa said. "It's not knowing how people will react or if they will be critical."

"She will do a wonderful job," Nina's parents said simultaneously.

Tickets are on sale for $25 per person on the Riviera's website, www.rivieratheatre.org.