There is no better way to signify the start of spring in Western New York than by attending the Buffalo Bisons' home opener. For the 32nd straight April afternoon, including the past 28 at Coca Cola Field in downtown Buffalo, I watched the Bisons open another Triple A professional baseball season, and this time it came after one of the worst and longest winters we have ever experienced.

The crew for opening day 2015 joining me and Debbie was Frank Calieri, a member of the West Seneca School Board and the original and best Buster Bison to perform at the downtown ballpark; John Paget, a transplant from Seattle, who is a world-renown videographer who creates the wonderful videos for Visit Buffalo; retired United States Air Forces Col. Bob Pecoraro, a new alderman in North Tonawanda and a long-time member of the Bison Baseball Boosters; and Kevin Hodge of the Town of Tonawanda, who was a batboy back when the Herd played in War Memorial Stadium and then became their long-time assistant clubhouse manager.

After leaving our car with Mike, who owns the small lot across from the stadium and the ECC City Campus, we made our way to the Pettibones entrance by first stopping on the James D. Griffin Plaza to pay homage at the statue of the late Mayor James D. Griffin, who worked closely with Bob and Mindy Rich and then Gov. Mario Cuomo to build the $42 million Pilot Field in 1988 (the entire project cost $56 million).

Although Coca Cola Field may now be the oldest stadium in the International League, the place still looks like new thanks to the spectacular job of Jonathan A. Dandes, president of Rich Baseball Operations; Mike Buczkowski, vice president/general manager of the Bisons; Tom Sciarrino, director of stadium operations; Robert Free, director of food service operations; and their wonderful team of hard-working associates.

Wait until you see the new clubhouse wrap they have inside the elevators, the new larger green seats in the special reserved sections, the wonderful, creative delicacies in the concession stands and the many souvenir items to choose from.

Pettibones Restaurant, the other diamond at the ballpark, continues to be the top restaurant downtown before Bison games, sports and concerts at First Niagara Center or to rent for all kinds of events.

Led by the ageless Kathy Curtis, who greets all of her guests with a smile, we were seated in our favorite spot: a table overlooking the beautiful green field kept that way thanks to the tireless work of head groundskeeper Chad Laurie and his team.

Pettibones offers a spectacular opening day buffet lunch, but throughout the season you can choose from an extensive menu that features a "Wing King" chicken wing chowder named in honor of Drew Cerza, who founded Wing Fest, which is held in the ballpark over Labor Day Weekend; a traditional beef on weck (there also is a Charlie the Butcher authentic concession stand on the main concourse); unique pretzel sliders; a Buffalo-style sausage sandwich with Wardynski's Italian sausage patties on a Costanzo's buffalo roll and "Sea Dog" po boys.

During lunch we stopped to say hello to the Toronto Blue Jays President Paul Beeston and longtime Director of Communications Howard Starkman. They promised the Blue Jay's Triple A affiliate will be loaded with talent this year for manager Gary Allenson. Although they cannot promise or predict what will happen in September, you can tell their goal is to deliver Bob and Mindy and Bison fans an International League championship in 2015.

We decided to watch the pre-game festivities from the party deck outside of Pettibones. There was a moment of silence for Buczkowski's father, Stan, a former Common Council member and a commissioner under Griffin - and truly one of the real good guys you meet in life. Stan died Jan. 12.

From our perch, we got a real taste from the sports fans of Western New York about their feelings for the new Bills head coach Rex Ryan. He was selected for the ceremonial opening day first pitch and he did it with style. Waiting inside the Bison dugout until he was introduced, Rex slowly made his way to the mound with "Shout" playing in the background, the PA announcer reading his bio and the fans howling as "Rexmania" has swept across Billsland.

Wearing a white Bison jersey with his name and "1" on the back, Rex walked to the back of the mound before climbing the hill and looking in to the catcher. Before the pitch, he looked to first as if there was a runner on base threatening to steal. The crowd loved it. He showed good form as he sent a decent fastball to the catcher. He waved to his adoring fans as he walked off the mound. It is going to be a fun fall and winter at The Ralph this year.

Making our way to our seats behind third base, we had to stop and see Grand Island resident John Boutet, the archives/curator of the Bisons Hall of Fame Room, located at Section 107 on the main level. It is a quite a room, housing much of the 130-year history of Bison baseball. On one wall there are the plaques dedicated to 85 members of the Buffalo Baseball Hall of Fame.

After working under Bob and Mindy Rich for nearly 14 years as vice president of Rich Baseball Operations and vice president/general manager of the Bisons, I am honored to be a member of that distinguished hall. This year, former Bisons Greg Larocca and Chris Coste will join legendary Kevin Lester, the athletic director at Williamsville South, who has served as the ballpark's official scorer since it opened, as the newest members of the Hall of Fame.

Watching a ballgame with a bag of peanuts from Larry's stand in the main concourse is a must and, as usual, the crowd around him is managed by one of security chief Joe Petronella's men.

As we finally get near our section, we spot Conehead, who has been vending beer longer than most of us have been living. Beers with the Conehead guarantee - "If you get a warm beer from me, the next one is free" - are a must.

Finally, we are in our seats near the third base dugout and suddenly all our pals from previous seasons pop up just like spring flowers. Angelo Puccio and his family are there along with Sea Cadet members 12-year-old Zack Warden and his 15-year-old sister, Emma, along with their mom, Melanie. Dan Dulgerian, president and CEO of Dark Roast Ventures, stops by and suddenly a business meeting takes place in the second inning.

As I sat back and looked around after a brief rain in the early innings, I am amazed that Coca Cola Field, one of the largest baseball parks in minor league baseball, still remains the standard of sports stadiums. The Bigboard in dead center field is huge - a 40-feet-by-20-feet, 16-million-color Daktronics scoreboard and its operators are big league. There is a four-tiered party deck in right field, luxurious suites throughout the club level, and an expansive tent area behind the right-center field wall.

The Bisons organization continues to be on the cutting edge of sports entertainment venues in the country.

Right after "Take Me Out to the Ballgame" was sung at the seventh-inning stretch, the clouds darkened and rain threatened, so we headed back to Pettibones to see if the Bisons could rally to win the opener. They lost, 6-3, but none of the 12,638 in attendance seemed to care.

Baseball and spring has returned to the Queen City.

Have some fun today. 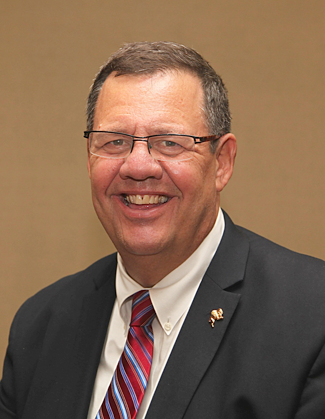 Mike Billoni, a former award-winning sports writer for the Tonawanda News, Buffalo Courier-Express and Rochester Democrat and Chronicle, also is the former vice president/general manager of the Buffalo Bisons under Bob and Mindy Rich. He is a freelance writer for Niagara Frontier Publications. Billoni can be reached at [email protected].

He and his wife, Debbie, reside on Grand Island.