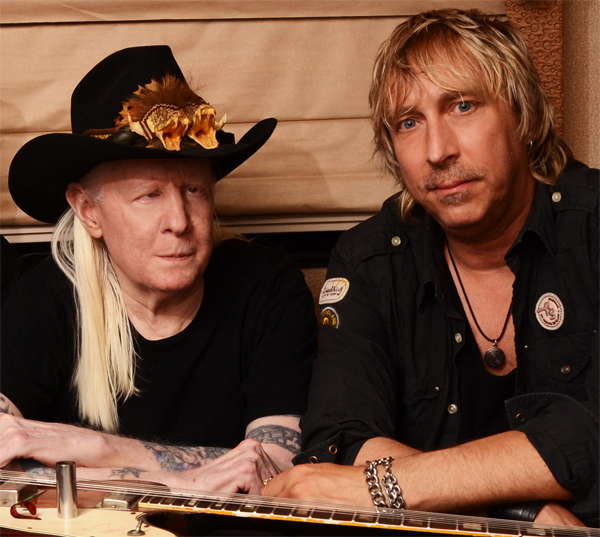 Seven months after his passing, blues guitarist Johnny Winter finally claimed the one thing that eluded him during his 55-year career: a Grammy Award.

Last month's honor might've been unexpected by the masses, but Winter, 70, knew his 2014 album "Step Back" was special.

His close friend, collaborator and producer Paul Nelson said, "Behind the scenes, when we were in studio listening to the mixes and I played them for him, he leaned over and whispered in my ear, 'If you and I don't get a Grammy for this, they're nuts!' "

Sure enough, the Recording Academy selected Winter for the award, which Nelson claimed on behalf of his mentor.

"It was pride; there was sorrow; it was bittersweet," Nelson said of the ceremony. "Johnny and I worked really hard on the record - and it wasn't only the record, it was the backstory: his comeback; his getting better; reclaiming his legendary status. So there was a lot involved.

"I went up to receive the award. And, you know, you say you're not going to break up; you're just going to be concise and mention everybody and say all the right stuff. But the minute I held it ... and I thought about all that it took to get to that point ... and that he wasn't around anymore ... I broke up."

Life was far from easy for Winter, who hailed from Beaumont, Texas, and was born with albinism and vision impairments. He was subject to bullying in school and often fantasized of making a name for himself within a genre - blues - that wouldn't necessarily accept him with open arms.

Nonetheless, Winter persevered. At 15, he was performing in clubs.  Just nine years later, Rolling Stone was writing of his guitar prowess. The following year, Winter performed at Woodstock. He filled venues and performed with Rock and Roll Hall of Fame artists throughout the '70s.

In later years, Winter would battle health issues - some of which stemmed from the combination of drinking, smoking and pain medications. At the time of his death last July, however, Winter appeared to be in good shape. He was touring and planning to record more albums.

"He was really happy about all the stuff that was coming out," Nelson said.

"Step Back" is an album that features an impressive list of collaborators, including Eric Clapton, Joe Bonamassa, Billy Gibbons and Joe Perry.

"This one had a little more rock edge to it," Nelson said. "It had even more energy to it. The guests that came in ... paid strict attention to all the little idiosyncrasies of the sounds and techniques."

"When people really listen, they go, 'Wow, there was a lot of thought - the detail.' And I'm proud of that," Nelson said. "And he was, too. He knew. We were slated to do two more (albums), so who knows what would happen?" 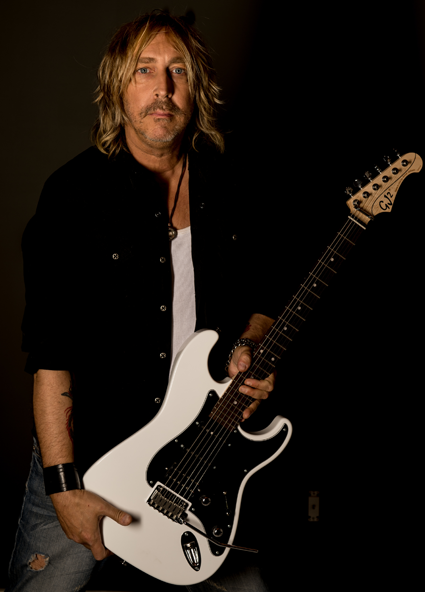 Nelson took a unique approach to "Step Back."

"Once John picked the songs, then I knew which artist I wanted to fit best for those songs," he said. "And I did something different. I'm not a big fan of 'friend albums.' ... I didn't want it to look like it was contrived or on purpose.

"So, a lot of times what (producers will) do is - when you have this type of record - you figure out the artist you want, and then they are offered, 'OK, so and so is putting out an album, and here's a choice of all 13 songs for you to pick from to be part of this great event.' And nine times out 10 - I don't know why - but the artists always pick the song that doesn't fit them. At all. Either they want to try something new, or they like this, or whatever.

"I said (to the production team), 'No, no, no, no. You know the songs. I know which artist would sound best for each track. We'll contact them, we tell them, "We want you on Johnny's record. You will be playing this song." Don't leave it up to chance. Let's pick the songs that we know best fit that, so that the whole album benefits.' "

"These guys just fit. ... Every day in the studio was like getting a present," he said.

"John got his vocals in one take - no edits," Nelson said. "That's how strong he was. I'm like, 'Oh, my God.' Cuz he knew the material. He breathed this stuff."

The album was wrapped and ready when Winter died. It was released two months later. Nelson was concerned some people would think the timing was suspicious. Fortunately, "It was accepted. All his fans of the past were appreciative of how strong this was," Nelson said. "They all knew the backstory."

Winter is one of Rolling Stone magazine's 100 greatest guitarists of all time, but Nelson said his influence is greater than lists and awards.

"They all knew that this guy was the first guy they learned from - even more than Hendrix."

"Everyone loves being part of a comeback, especially with somebody that influenced them so much," Nelson added. "And they want to help. And they did."

The Grammy, Nelson said, was the "sprinkles and cherry on top."

"Johnny never got one for himself," Nelson said. "He got it for working with Muddy (Waters); for working with this one and that one. He got nominated a lot, but he never got his own for his own album. That's why this was so special. And that's why I was so proud to be part of getting it for him."

Nelson said he's pleased "Step Back" has connected Winter to the world.

"He left us on such a high note. And this was a crowning achievement for this part of his life," Nelson said. "I mean, he had reached heights before, but this was a whole new resurgence that actually led to an album that charted higher (on) Billboard than any of his previous albums.

Click here to learn more about Winter and "Step Back."