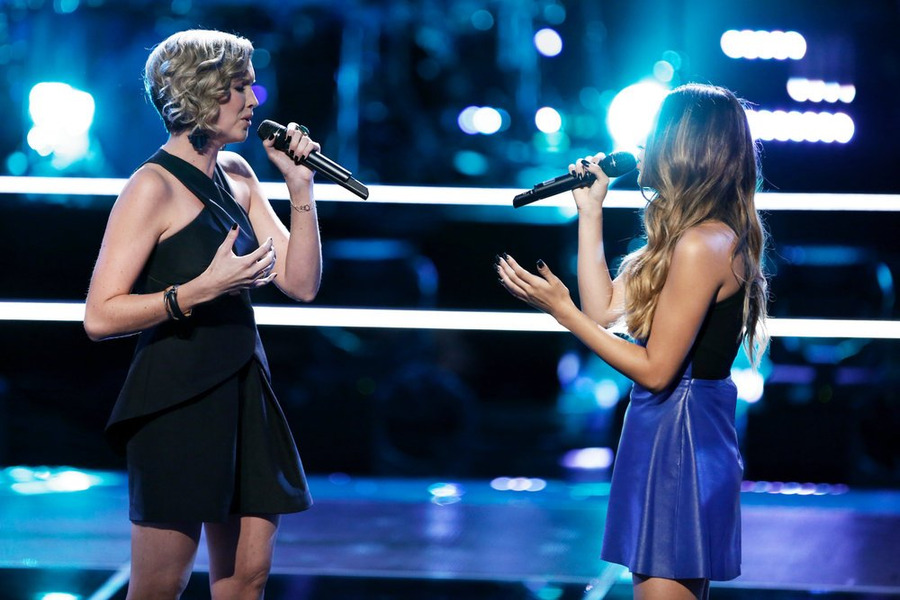 While it's true we don't know whom you'll vote for when "The Voice" live shows begin next month, we submit these four singers for your approval. Each artist has everything you want in a music star: singing ability, stage presence and likability.

When it comes to "The Voice," there's no telling which singers will motivate viewers to vote. Who could've predicted Christina Grimmie would finish behind Jake Worthington last season, that Danielle Bradbery would win season four without any prior performances, or that Javier Colon and Jermaine Paul would take the first two titles instead of Dia Frampton and Juliet Simms?

Still, it's hard to overlook these four singers, or discount their chances of winning this season. Each has proven to be a favorite with coaches Adam Levine, Gwen Stefani, Pharrell and Blake Shelton. 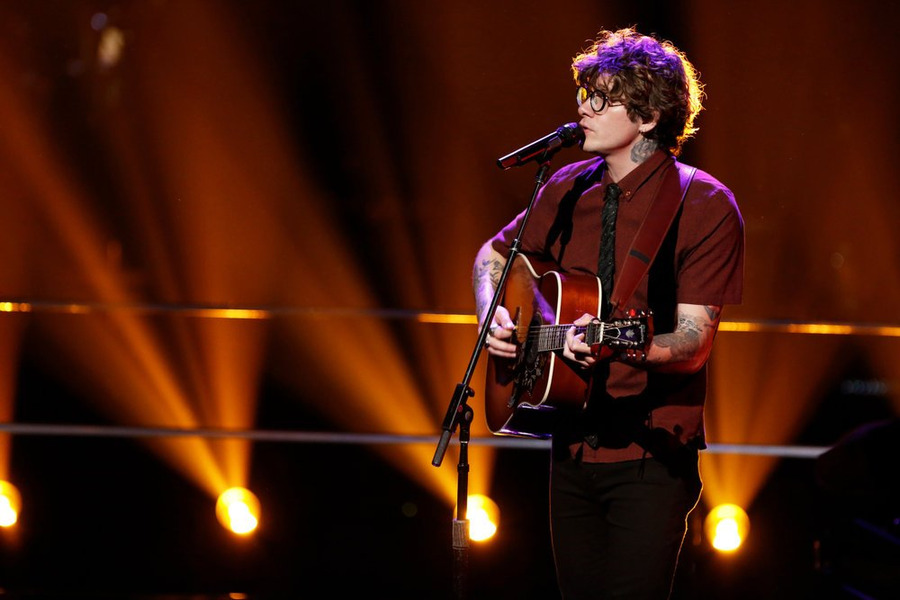 In the "Battle Round," Matt competed with and against Ethan Butler. They performed Coldplay's "Yellow" to rave reviews.

"They dumped their hearts out there on stage," Blake said.

"The way you sang the song, Matt, was so amazing that it would just obviously be you, because it's your wheelhouse," Pharrell said.

"Matt, there's something magical about you," she added. "I can't believe you're only 23 years old. I love your voice. It was giving me shivers."

"You did a fantastic job," Adam told both singers. "Matt, dude, there's something about what you do that kind of goes beyond having a great voice. It's something that is intangible."

"I really wanted to go into this and be more confident and more calm, and I felt like I was," Matt said afterward. "I'm ready to check this off as a success."

"That kid, Matt, is a star," Pharrell told his fellow judges.

"That dude is ridiculous," Adam added.

He said, "I just believe that this kid has a real career ahead of him. It's going to be really special. This guy could be a big deal."

Matt, a vocal coach who can easily cross genres, said the feedback he's received has set him off on the right path toward a career in music.

"I mean it's a huge boost of confidence," he told BTS. "It's really affirming. It just feels really great. I mean ... I think both me and Ethan really laid our hearts out on the line for our battle. And yes, just listening back to that coach feedback that I got, I was really - I got choked up on stage listening to it.

"And then when it had kind of sunk in that I was going to stay, I got off stage and I just started crying when they were doing the interview with me. So it was really like a super emotional time for me and I was - I think that was the best part about it was getting that kind of feedback from those people. It's really a dream come true."

While it's common for the coaches to say nice things to the performers on stage, it's rare we get to see them talk amongst themselves. Hearing the foursome chat up his ability is "what any artist would hope for," Matt said. "It's the kind of things that I would - that I've always hoped that people would say about me. But the fact that it's those people saying them is incredible. 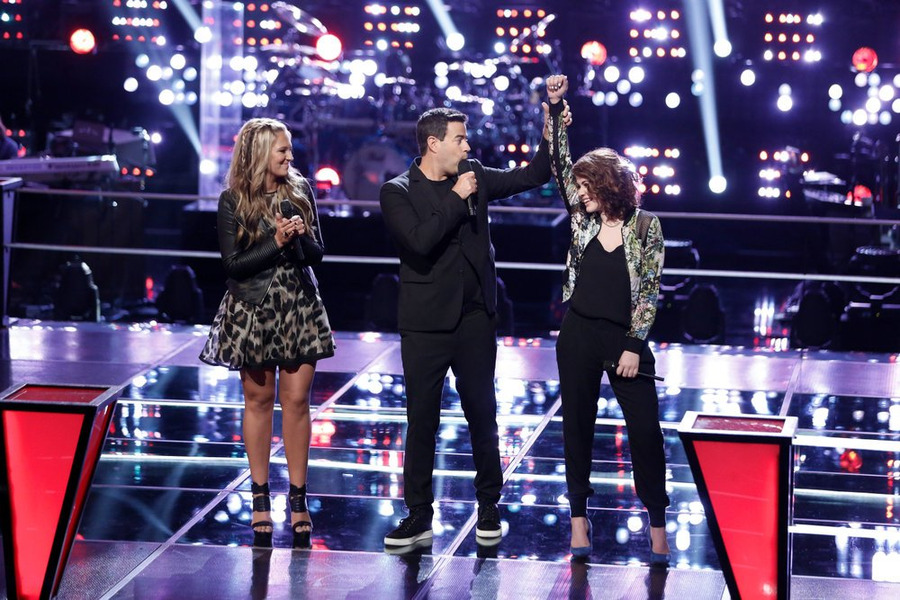 Though she only drew two chair turns in her blind audition, Reagan has become a favorite with all four coaches.

She was paired with Kensington Moore in the "Battle Rounds" for a rendition of Lorde's "Team."

"You know, Pharrell and I are still pissed that we don't have you, Reagan," Gwen said. "And today I think your voice was even better than I thought. Really, really nice."

"All in all, there's so much raw ability and talent with the both of you," he added.

When performing, Reagan missed a couple of words, but her recovery impressed the coaches.

"She had so much swagger, she was like, 'Oh, OK, I'm going to play it cool and keep it going.' I thought that was amazing," Pharrell said.

"Reagan is ready for this right now," he said. "She's a true star."

Reagan has found a passion for performing while on "The Voice."

"I honestly haven't performed on a stage as big as that one and in front of an audience as big as that one ever up until this point," she told BTS. "And, you know, I've always had a lot of confidence and I guess security in myself. But leading up to actually performing in front of such a big audience, plus, I mean on TV, like, it was nerve-wracking for (me with) the actual audience there, but that was nothing compared to all of the people who were going to see it (on TV).

"And leading up to it, I was kind of anxious and - because it was a completely new experience, you know. All my life, I've just sat in restaurants and on a stool in front of a couple tens of people. And I mean the biggest thing I'd done up until this was probably at talent shows or church stuff. And I've never really done something this big before. But when I did my blind audition, I completely let go and I have never felt more at home than I do on a stage like that.

"And it doesn't matter how old you are, if you're at home you're at home. And you can let go and experience, you know, to the best of your ability, you know, for me performing. And I couldn't tell you a place I love to be more than on a stage, and I think that's why I feel so comfortable and confident up there."

The main event of the "Battle Round" was a sing-off between four-chair turns Beth and Mia.

Beth drew arguably the best blind audition reviews in "The Voice's" history, while Mia's first performance was so good NBC used it to promote the show.

While the singers didn't know if a steal was available at the time of their duet-duel, the TV audience knew both singers would advance based on their placement at the end of the episode. But even if the two had performed first, it was clear a coach would save the person Adam didn't select to advance. Both singers are too talented to miss the "Knockouts."

"(The performance of 'I Turn to You') was super fun, but it was also a really fun experience to just experience it with Beth," Mia told BTS. "She's a really great 'Battle' partner, and we had just, like, a lot of fun together - and I'm really happy that they kind of, like, saved ours for last because, I don't know. I mean, we all worked really hard on our 'Battles,' but me and Beth were just, like, so determined to make sure that we both stayed."

"I think that we challenged each other; I think that we worked well together. Mia was an incredible partner, she's an incredible friend, and we really helped each other, you know, throughout this round. And I think that's what gave us the upper hand, you know, going into this, and our hopes of getting a steal (were) because we really worked together on it and we took ... our strengths and (applied) that to put on the best performance possible." 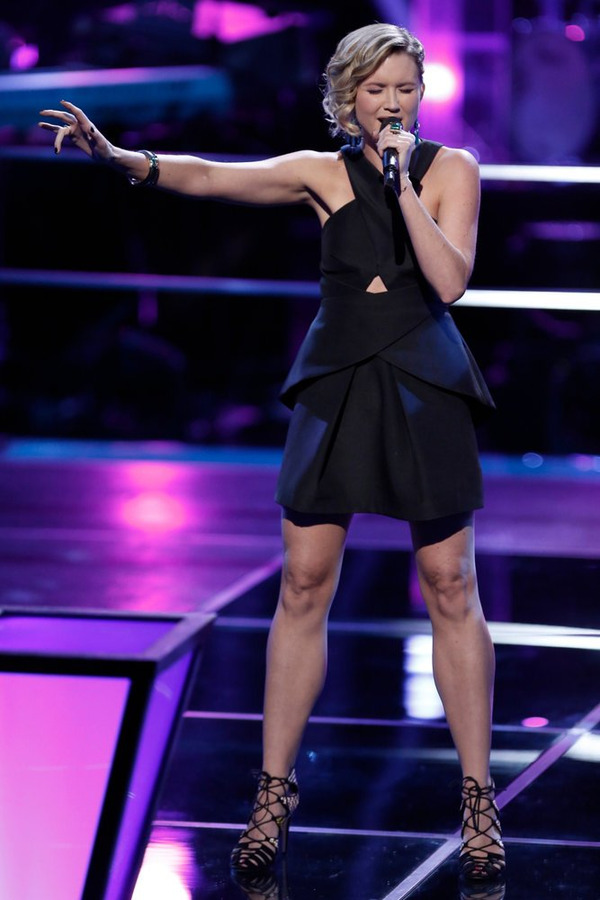 "That was definitely a couple of divas up there giving it all they had," Blake said after the "Battle." "Mia, man, I love your voice. It's so powerful, but it still has this raspy roughness that blows your mind. And Beth, I still think there's some country inside your heart there."

Pharrell said the coaches could see "so much potential in what both of you guys could do."

"Mia, this song, I felt, was way more suited for your voice, and you sang it so beautifully and confidently," Gwen said. "And then Beth, you kept surprising me. Often you'd do a note and I'd be, like, 'Wow, she has a lot of potential.' Like, 'She really is a good singer.' "

"Any time you approach a Christina Aguilera song, it's tough. We talked about restraints, and keeping it powerful, and not overdoing it. You just really delivered on that front. It was amazing. It was great," Adam said. "Beth, you had, like, the most 'holy moly' moment. Mia, you were equally as great."

"Beth and Mia really did an amazing job," he said. "Mia just edged her out a little bit. If she gets good coaching and she sings the right songs, this girl is powerful."

"So I used my final steal on Beth," she said. "She was showing her range, and clearly she has a real presence to her. I think she could go really far."

"I am feeling good," Beth said. "I'm so excited to get to work with Gwen - and to have learned from Adam. I just feel like I'm getting (the) complete package."

In taking the round from Beth, Mia has to be considered the top singer headed into the "Knockouts." Regardless of how far she goes, Mia said the experience has been invaluable as she pursues a music career.

"Absolutely. I don't know if a lot of you know, but I actually auditioned for the show in season five and six, and I wasn't able to actually get on stage to audition because teams had filled," she said. "So this being my first season actually being able to do my blind audition and then continuing on to the point that I'm at now is so, just, like, indescribable. I can't even imagine, you know - I just went from thinking, 'Wow, I'm never going to have my chance. I'm never going to, you know, be able to get to where I've always wanted to be,' and then to be where I am now is just so humbling.

"And it's been a crazy experience. It's been, you know, almost a year and a half now of me dedicating my time in my life to, you know, trying to be on the show. And now that I'm actually here, I've just been so excited and, you know, being able to work with Adam is just a dream come true.

"You know, to be honest, I just never thought that I would pick him, because, you know, I always had different thoughts of who I'd go with since every season the coaches were different. But, you know, being up there and seeing all of the amazing options I had to go with, I don't know, I just, like - he spoke to me, and I just really, I've never been happier with a decision I've made then going with him. Because ever since then I've had the chance - the opportunities that I've had to work with him has just been golden.

"And I've been so thankful and just - it's just a crazy experience. I really - I sometimes feel like I'm at a loss for words and I don't really know how to explain how great it feels to finally be a part of this. But it's really great, and I feel really blessed." 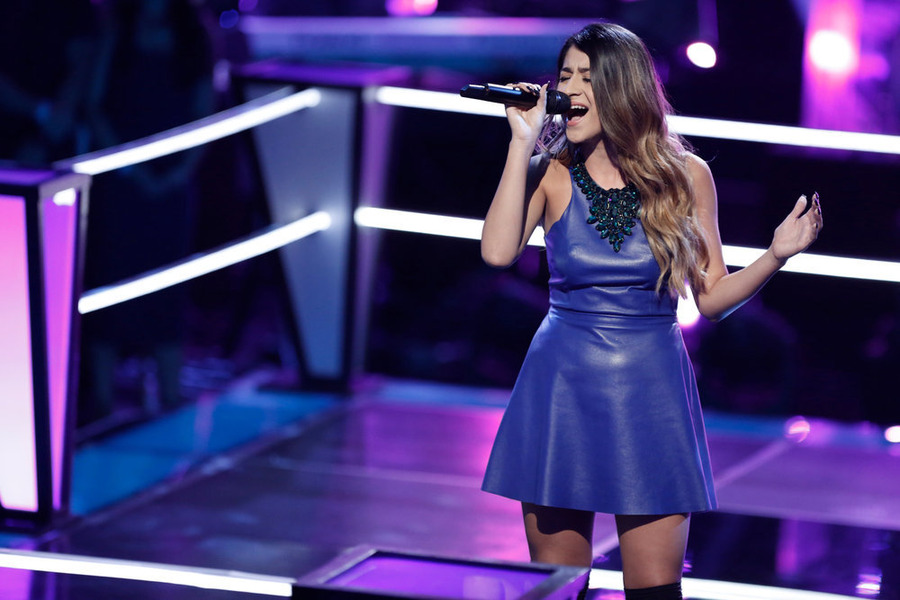 •All NBC photos by Tyler Golden

Categories
Behind the Screens Entertainment feature