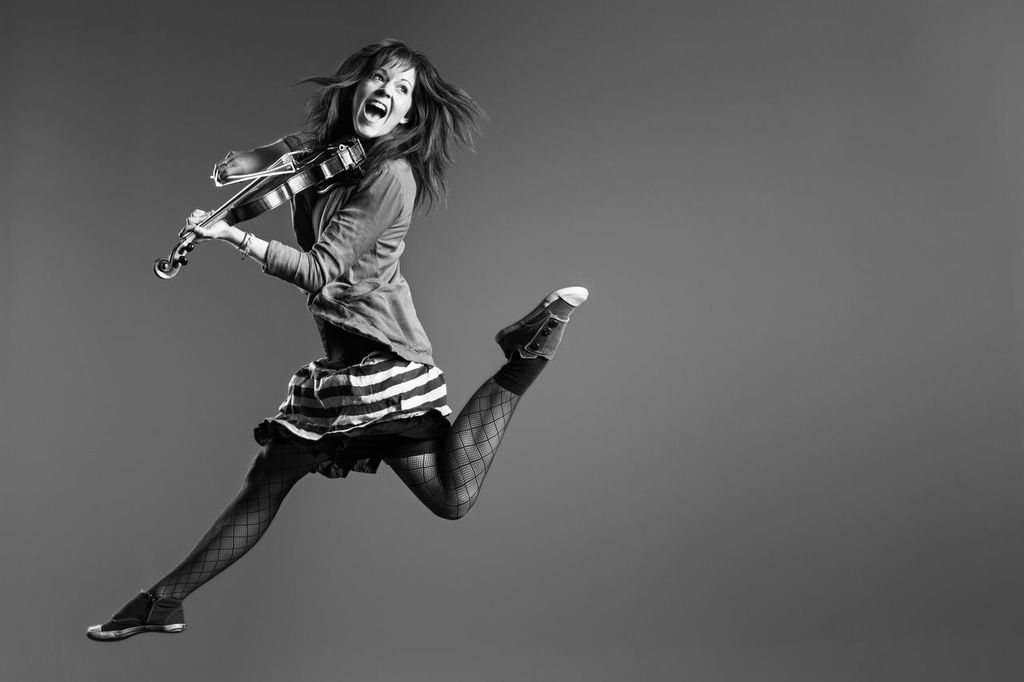 Lindsey Stirling will perform June 12 at Artpark in the Village of Lewiston.

Artpark has hosted hundreds of big name concerts over the years but, on June 12, history will be made when a young performer who is taking on the music world visits Western New York for the first time as part of her 40-city tour.

Dancing violinist Lindsey Stirling is to music what Steve Jobs was to computers. Fiercely independent, the music industry doesn't quite know what to make of her, or how to categorize her. What do you do with a family-friendly artist who can't sing, who isn't under a record label contract, and puts all her videos on YouTube for free?  And yet, she is packing concert venues in the U.S. and Europe while her albums are hitting the top of the charts at iTunes, Amazon and Billboard.

Lindsey burst on the scene four years ago when she made the semifinals of "America's Got Talent." But a harsh and humiliating critique from judge Piers Morgan almost derailed her career. Besides saying her music sounded like "rats being strangled," Piers told her, "You're not good enough to get away with flying through the air and trying to play the violin at the same time." Lindsey held her composure long enough until she could escape to a backstage bathroom where she cried for an hour, alone, thinking she would never be on a stage again.

However, in characteristic fashion, she quickly turned her heartbreaking experience into a springboard of incredible success. It was a turning point and, from that moment on, Lindsey was going to make sure that she was true to herself, was never going to let others define her, and, above all, was going to have fun doing what she loves to do. She had something to prove and no one was going to stand in her way.

Lindsey started making music videos (she does her own film editing) and posted them online. Several of her videos went viral and she racked up hundreds of millions of views, sending shockwaves through the music world. Capturing the attention of people of all ages, Lindsey began to establish a unique relationship with a new, loyal, and super-enthusiastic fanbase that would make the Beatles envious (social media had yet to be invented in the '60s).

And unlike some artists who view fans as a tolerable nuisance, Lindsey loves her fans and goes out of her way to make them feel appreciated and special. In response, her fans are giving her a title wave of support that has rarely been seen before.

In the meantime, Piers has been forced to eat his words.  This past month, he tweeted, "Congratulations Lindsey, you proved me wrong."

How does a 27-year-old hip-hop violinist from humble Arizona beginnings take on the multibillion-dollar music world while dumbfounding and silencing her critics?  How can one person re-write the rules and make such a dramatic difference?

Lindsey's secret is how she approaches her audience.  She doesn't have managers telling her what to do or say. She has no pretenses and speaks from her heart with a sincerity and candor that enables her fans to see a real person - in many cases, someone just like them. Her original music is interwoven with inspirational messages that touch souls. For example, her latest hit, "Shatter Me," is about overcoming adversity and tearing down the personal barriers that stand in the way of happiness and fulfillment.

There are thousands of exceptional violinists. Lewiston's own Nina DiGregorio is a Las Vegas fixture and founder of Bella Electric Strings. She is one of the most respected and admired electric violinists in the nation and has performed with the likes of Beyoncé.

And you don't have to look far to find talented dancers. But there is only one person who can play her violin and do dance aerobics at the same time. Lindsey has taken the violin out of the orchestra pit and has super-charged it into a rock-star performance.

Her fans find it humorous that Lindsey's ultimate dream is to get on "The Ellen DeGeneres Show." But whether it's "The Ellen DeGeneres Show" or even a Super Bowl halftime, her huge fanbase is expecting something much bigger. They know that, deep inside, Lindsey has been blessed with talents and creative insights that cannot only bring people of all ages and backgrounds together, but can actually impact the course of music history.

Lindsey's indomitable spirit and determination will continue to shine through as she uses her bow and strings to deliver her message of empowerment, hope and inspiration to millions.

Western New Yorkers will cram into Artpark's Mainstage Theater June 12 to enjoy a show, but they will leave knowing they have just seen history being made as a new and powerful artistic force takes root and is about to change the world.

For more on Lindsey Stirling, visit: