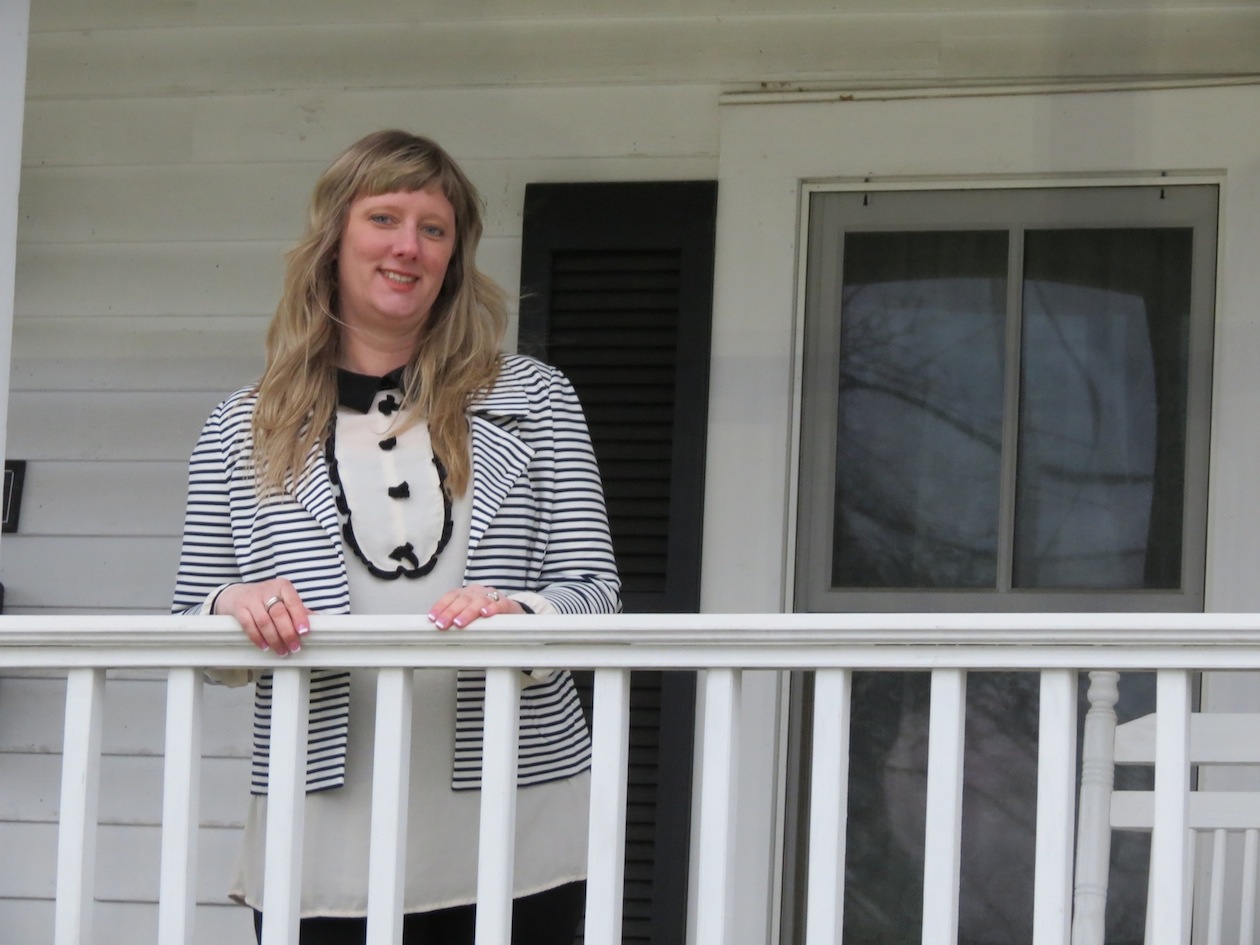 Jamie Symmonds stands in front of the Niagara River Region Chamber of Commerce offices in the Village of Lewiston. Symmonds is running for mayor in June.

Village of Lewiston: Dems get their candidate in Symmonds

For the first time in 20 years, Village of Lewiston Democrats have a candidate for mayor.

Jamie Symmonds will represent the party in the June 17 election. She was nominated during Tuesday's Democratic Party caucus and received more votes than candidate Jacqueline Lampman in what was called a "close" contest (vote totals were not made public).

"I was nervous today, but I feel really excited right now. I do," Symmonds said after the caucus. "I'm feeling even more empowered that I can do this, and that I can make a difference."

About 30 people filled the Cornerstone Community Federal Credit Union boardroom. Of that number, 18 were eligible to cast a vote. That number might not seem high, but it's about three times the number of voters who participated in the 2010 caucus, when Republican Terry Collesano received the Democratic Party endorsement.

"I think this, if nothing else, shows the passion, the concerns and the love that people have for Lewiston," Symmonds said. "I mean, it was an excellent turnout."

Symmonds, who owns Angel to Apple Clothing & Shoe Boutique on Center Street, has no political experience, but did serve five years on the village's Planning Board/Historic Preservation Commission. A longtime Lewiston resident, Symmonds also serves as a board member with the Niagara River Region Chamber of Commerce and serves on its Lewiston Advisory Council.

When speaking to Democrats Tuesday, Symmonds said, "I love Lewiston. I have been extremely involved for the last 10 years."

"I'm here to make a difference," she said. "I believe it's time to respect the past of Lewiston - keep it historic; keep it to its original charm. But I think we have to protect the future of it, as well."

"I think we need serious people who are passionate and love Lewiston and want to see good things for it," Symmonds added.

Lampman was nominated for one of the two four-year trustee positions. She is considering running for office.