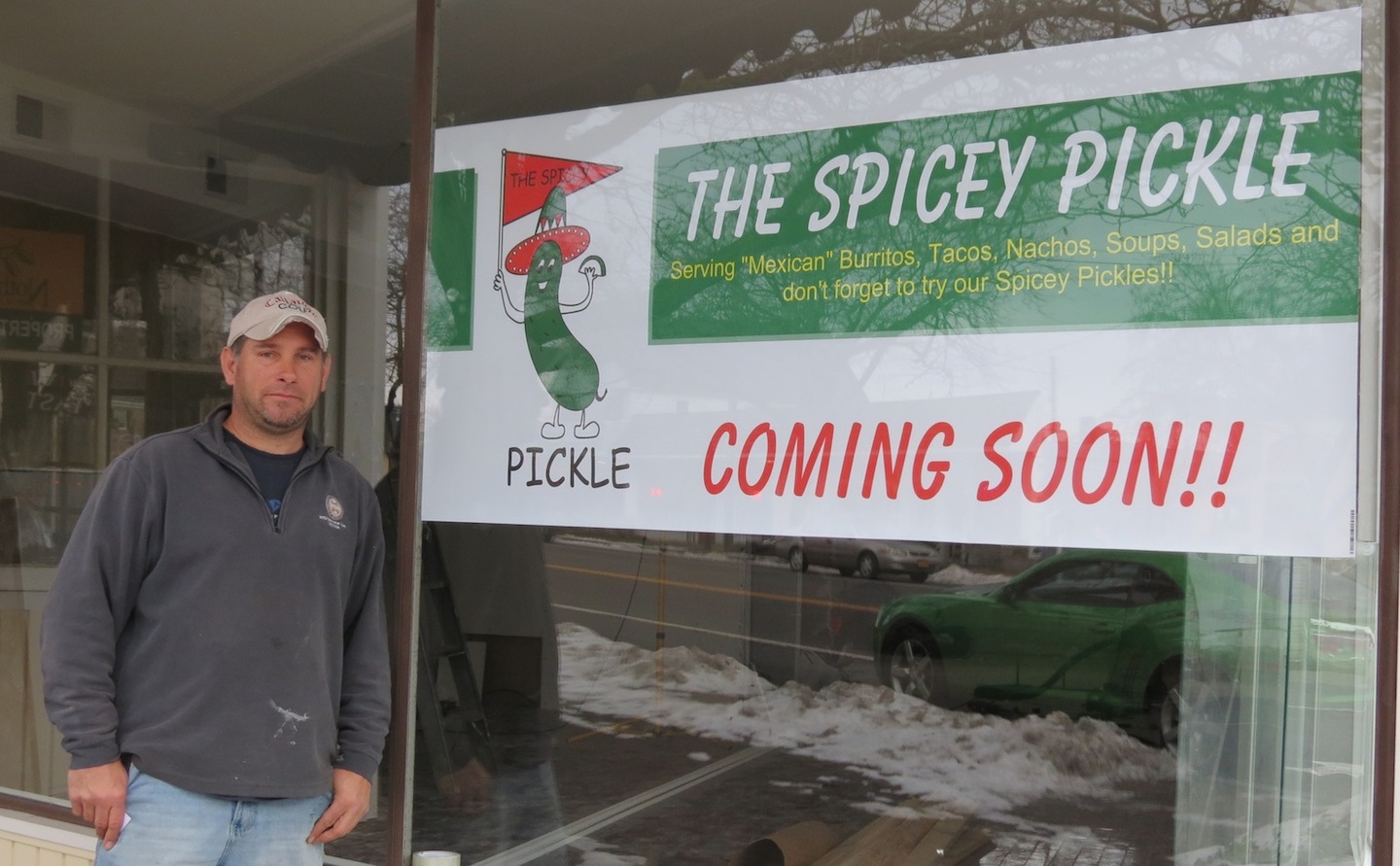 Aaron Rotella is opening The Spicey Pickle in Lewiston a little later this winter.

The Spicey Pickle: Mexican restaurant coming to Village of Lewiston

"Restaurant Row" is growing in the Village of Lewiston.

The Spicey Pickle has taken over the former Ashker's Juice Bar, Bistro and Gallery at 463 Center St. The Mexican restaurant is expected to open in February 2014.

Proprietor Aaron Rotella said the eatery will be reminiscent of a Chipotle Mexican Grill.

"It's kind of like fast-food-upscale restaurant, in a sense," he said.

Customers will walk up to the counter, order a taco or burrito, choose their ingredients, and watch as their meal is made.

In addition, "I've got some soups that will be on there; some salads," Rotella said, and, of course, the restaurant's namesake: spicy pickles.

Rotella, who is the assistant golf pro at Niagara Frontier Country Club, gained restaurant experience working at Brennan's and The Brickyard Pub and B.B.Q.

"I always wanted this spot; it just seems like a good spot," he said.

"Why? Because I like Mexican," Rotella said with a smile. "I usually do 'Taco Tuesdays' at my house. It seems like there's a demand for it down here."

"Mr. Rotella is very passionate about his Mexican food," he said. "He's been having 'Taco Tuesdays' at his house for, like, years. People enjoy it. He likes making it. He uses fresh ingredients. He's excited about offering it to the village."

"I think it will do well with that type of food," Rotella said.

He expects to seat about 20-22 people. The Spicey Pickle will have approximately four tables, a front bar spot and Mexican décor.

One thing it won't have is a correct spelling for "spicy."

"Down at the golf course, they have a little snack shop," Rotella explained. When he was asked to name it, he came up with "The Spicey Pickle." "As we wrote up the sign, my boss did it on the computer and I just threw it out there. We never actually noticed that it was spelled wrong. And then one day, there was like a 10-year-old kid (who) says, 'Hey dad, The Spicey Pickle. ..." Then the kid says, 'I think "Spicey" is spelled wrong.' And then I kind of went out there and looked, and, sure enough, it was spelled wrong.

"So we're sticking with it."

Rotella is in the process of renovating his restaurant. He plans to have a test run or two before officially opening to the public. When The Spicey Pickle does open, Rotella intends to have late-night hours.

Lewiston was a 2012 finalist in the Rand McNally/USA Today "Best of the Road" "Best for Food" competition.