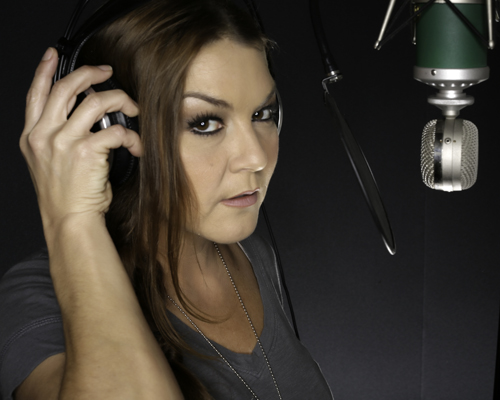 With mounds of snow on the ground, it's safe to say Niagara Falls will not be a hotbed of tourism this weekend.

There will be one notable caravan coming to town, however. And its leader can't wait to visit the Cataract City.

Grammy Award-winning country artist Gretchen Wilson will visit Seneca Niagara Casino & Hotel Saturday night. She's been holed up in her Nashville-area studio working on a trio of new albums, and itching to get on the road.

Even if it's snow-covered.

"We have been, for the last three months, we've been in the studio just recording like crazy. So, we are like more than ready to get out there," Wilson said. "We've only had two shows this year so far, so we're really looking forward to getting out there and doing what we love to do the most, and that's the live show."

The founder of Redneck Records, Wilson is touring in support of her latest release, "I Got Your Country Right Here," as well as two of the three albums she'll debut later this year: the southern-sounding "Right On Time," and "A Night Under The Covers," which is Wilson's take on songs from artists including Journey, Van Morrison and Cheap Trick.

In concert, she said fans can anticipate "Just what I've always done; people can expect to hear the hits, like 'Redneck Woman,' 'Here For The Party' and 'Homewrecker,' and 'Work Hard, Play Harder,' the debut record from my record company.

"Right now, just because we've got three albums coming out this year (the third is a Christmas collection), we're mixing in a few of the new things, from at least the first two albums that are going to come out, and just trying out some of that stuff on the crowd. It seems to be going over pretty well, so far."

"Still Rollin,' " the first single from "Right On Time," is a song Wilson can't wait to perform. She said the piece is about touring, the live show and her fans.

"Kind of just what life is like going up and down the road on 18 wheels, and the people that come and go," Wilson said. "That song, for me, is really personal. It's a really personal connection song that I have with my audience. I'm really enjoying delivering that one on stage right now."

"There's another song that we've got on the record called 'Grandma,' " she said. "It's really funny and it's got a great twist at the end of it. And it's one that we kind of sit down and do it like on stools and acoustically. Boy, the audience just gets a big kick out of that song. It's a lot of fun; it's like right in the middle of my show. It's just fun for me to watch everybody laugh and kind of high-five and slap backs on that song. I haven't really had that many funny songs in my career, and this is one that I've always wanted to record. ... So, I'm proud of the song and having it on the record. And it's really fun at the live show."

Wilson ends her concerts with what she calls a rocking rendition of Foreigner or Heart or Led Zeppelin.

"I always love that part," she said.

"That was probably the biggest shock to me as a touring artist," she said of the reaction she receives here and in the northeast. "The first time I ever played up there, I was just completely amazed and overwhelmed at the audience, and just how crazy they can be, and just how much they appreciate country music.

"I remember leaving that show, and I probably said it to my band and crewmates, I just remember thinking, 'There's no way in the world we could've messed that up.' "

Even on nights where she didn't feel "12 feet tall and bulletproof," she remembers her fans "came to have fun," Wilson said. "Unless we would've just stopped, I don't see how we could've screwed that up. That's a really great feeling. When you can calm those nerves knowing that you're getting ready to go out in front of an audience that loves you no matter what. And they don't even really care. 'Mess up the words? So what - we'll tell you what they are.' You know what I mean? It's that feeling of just being at home."