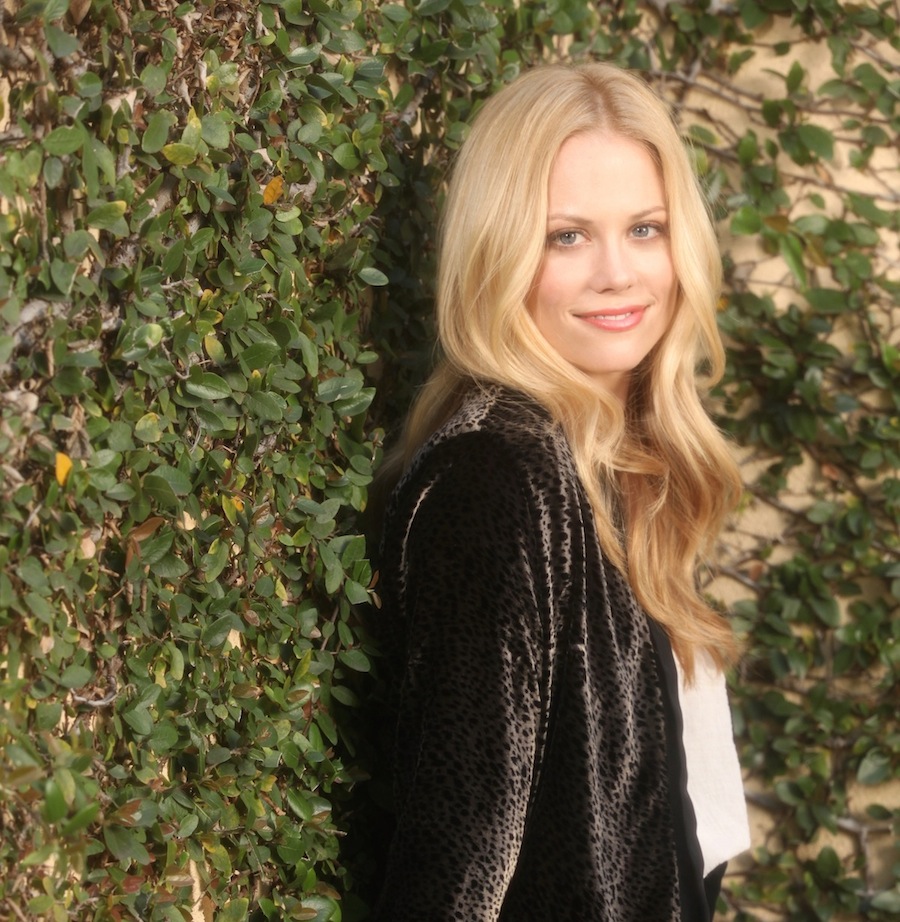 Claire Coffee, a San Francisco-born actress, stars as Adalind Schade on "Grimm." In her spare time, she picks NFL winners based on things like which city has the best cuisine, or which team has the most attractive wide receivers. (photo by Roger Snider)

Actress Claire Coffee, on the other hand, well, her method isn't quite as scientific.

Earlier this season, she chose Dallas over Carolina because of her affinity for Tex-Mex and nachos. Claire predicted Atlanta would top Oakland because the southern city was home to "Designing Women." And she prognosticated the Raiders would edge out the Dolphins because Miami QB Ryan Tannehill couldn't edge in the sides of his IKEA drawer.

Hey, it beats flipping a coin.

And who doesn't like salty tortilla chips, Delta Burke and laughing at the Dolphins?

While her bang-up blog is funny, Claire is, of course, better known for her acting work on NBC's "Grimm." On the fantasy-action-thriller, she plays Adalind Schade, a "hexenbiest." It's amusing because, for as charming and playful as Claire seems picking football games, her character is equally vain, vengeful and a real witch (like, with spells and everything).

In "Grimm's" first season, Adalind proved to be quite a thorn in the side of Portland Det. Nick Burkhardt (David Giuntoli). She poisoned Nick's aunt, Marie, and put his partner, Hank (Russell Hornsby), in a trance; later, Adalind tried to kill Nick and ultimately left his girlfriend, Juliette (Bitsie Tulloch), in a coma.

"I think she's a great villain," Claire says. "The stuff that's about to come out ... she, I've never played a character who has so little disregard for other people and other peoples' feelings."

When Nick took Adalind's supernatural powers, it appeared we'd seen the last of her. But she returned with a plan to ruin his life - and that of his police captain, Sean Renard (Sasha Roiz), a hexenbiest (we think) who turned his back on her when she lost her magical mojo.

This season, Adalind has become "more and more and more evil," Claire says. In the preview for next week's midseason finale, Adalind is back in Portland - much to the chagrin of Nick and Hank.

"There's a pretty good cliffhanger that we just shot," Claire says. "All I can say is that she's just an extreme manipulator. Any power that she's lost, she's kind of made up for twofold in just sheer will and motivation. I think her new superpower is she doesn't have a conscience."

With "Grimm" going on winter break, Claire has more time to focus on her side gig. A 49ers fan, she had worked on another website in the past where she spoke of football in "stereotypical girl terms," as she says. As the 2012 football season began, the gridiron guru decided to make her own videos. Claire would pick winners, and take tongue-in-cheek shots at pigskin and pop culture targets like Jay Cutler and Kristin Cavallari.

"Picking football games is so crazy," Claire says. "People bet on all these games, but you have no idea who's going to win - especially (because) there's so much parody. So I thought it would be funny to just pick games based on ridiculous qualifications every week. So that's what I've been doing."

Watch Claire Coffee pick NFL games on her website, http://clairecoffee.com/, catch "Grimm" Friday at 9 p.m. on NBC, and stay tuned for Claire's romantic comedy "Holly's Holiday," which is set to debut this winter on Lifetime.