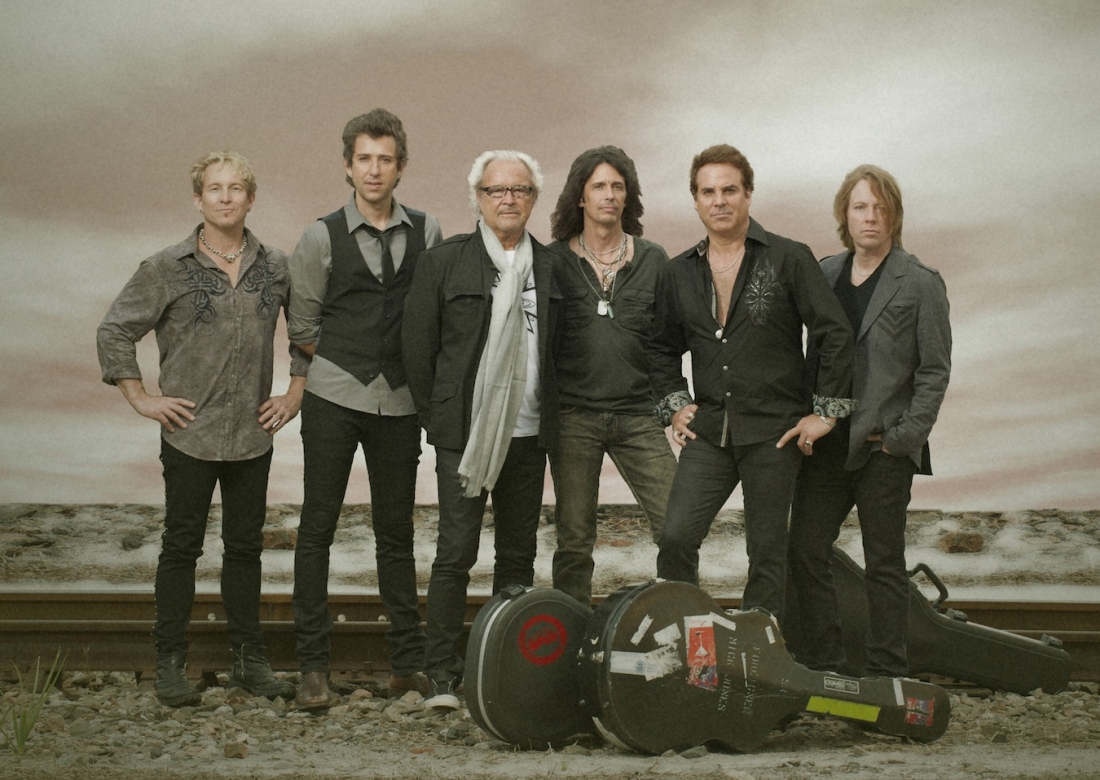 It's no coincidence Foreigner is touring in support of its three-disc "Feels Like The First Time" collection. The work's title is a worthy description of where the band is at in 2012.

When the single, "Feels Like The First Time," was released in 1977, Foreigner was comprised of Mick Jones on guitar, Lou Gramm behind the mic, Ian McDonald on sax, drummer Dennis Elliot, Ed Gagliardi on bass and keyboardist Al Greenwood. The sextet went on to record hits songs such as "Cold As Ice," "Hot Blooded" and "Double Vision."

But then the band started to change.

McDonald and Greenwood left, while Rick Wills replaced Gagliardi. The new, sleeker version of Foreigner released even more hit singles in the 1980s, including "Urgent," "Juke Box Hero," "Waiting for a Girl Like You" and "I Want to Know What Love Is."

Despite this success, however, the members of Foreigner once again struggled with the idea of working together as a band. Both Jones, who formed the group, and Gramm, who was its voice, left to pursue solo projects.

Jones and Gramm would reunite on occasion, and released three new tracks for a greatest hits project, "The Very Best...And Beyond," which hit shelves in 1992. But, for the most part, Foreigner had lost its musical mojo and sat dormant for the better part of a decade.

But then a funny thing happened.

"In 2001, I did a movie with Jason Bonham. The movie was called 'Rock Star,' " Jeff Pilson explains. "During the movie, we were both in the band together. We just really hit it off musically and personally. So in 2004, when Jason started working with Mick Jones, who is the leader and founder of Foreigner, they weren't exactly sure what they were going to do. And Jason kind of talked Mick into revamping Foreigner. And so when they did, they gave me a call. I came down and played, and the chemistry was immediate, and I've been there ever since."

Pilson, who played bass for Dokken and Dio, says, "I don't remember having high expectations, because it was kind of just 'come on down.' It was very organic - it was more about 'just come down and play.'

"I was a big Foreigner fan, so I was really looking forward to it. And when I got there and we started playing ... I remember thinking, 'God, I love these songs.' And when we played them, I think Jason and I may have added a little freshness and maybe even a little heaviness to it that got it off to a really good start. And then (singer) Kelly Hansen came in on vocals - who is just absolutely amazing. And, ever since, I think we've really ... we've turned up the bar."

Turned up the bar. Now that's a gross understatement.

With Hansen on the mic, Jones behind the guitar, Pilson on bass, Bonham working the drums, sax man Tom Gimbel and keyboardist Michael Bluestein, Foreigner released "Can't Slow Down." The 2009 album was the band's first Top 20 album in almost 20 years. It spawned singles "When It Comes to Love" and "In Pieces."

Minus Bonham, Foreigner followed that up with the double-disc/live DVD collection "Feels Like The First Time," which charted in both the rock and independent categories.

The band recently found itself in the Top 10 on national classic rock radio (alongside the likes of Led Zeppelin, The Eagles, Pink Floyd and the Rolling Stones).

"It does make us feel good," Pilson says. "We're very proud of that (success), and we work hard for that."

"We feel very strongly that this is the best possible Foreigner we can be giving the public right now," he says. "So, yes, it's a great feeling, and, you know, it's very much reciprocated by the feeling we get from the audience and just from the general feedback that we get. It's a good situation."

The cherry on top? Foreigner's music is featured in the new Tom Cruise film "Rock of Ages."

"Foreigner has the most songs of any band in that movie, which is awesome," Pilson says. "You're about to hear Tom Cruise sing 'I Want To Know What Love Is,' so how cool is that?"

Pilson says Foreigner's return to the top has been "wonderful."

It's garnered a new generation of fans, too.

"I think for a lot of young kids it's kind of fascinating, because classic rock sort of has a unique sound to them - that their music doesn't have," he says. "But I think they're drawn to it for the same reasons we were when we were younger.

"It's actually a very, very exciting time right now. It's as if Foreigner has as much opportunity as it's ever had. So we're just taking the ball and running with it as far as we can."

When Foreigner returns to Artpark (Tuesday, June 26), fans can expect to see a real band, performing with real energy. It's not just a bunch of performers milking their past for every last cent.

"There's a lot of bands that just go through the motions, and we're definitely not one of those," Pilson says. "We're enjoying every minute, every show. It's a pretty special place to be in, and yeah, we're all very grateful and work hard to keep it."

"We've really tried to put our all into the performances," he says. "And because we love the (older) songs, I think we treat them right, and keep them fresh, and yet at the same time keep them very true to the original content."

So when fans hear their favorite Foreigner songs at Artpark, it will, indeed, feel like the first time.

For Artpark's full schedule, plus interviews with the headliners and video/photos of each outdoor "Tuesday" concert, visit our Artpark page.

>>ENTER TO WIN A MEET-AND-GREET WITH FOREIGNER