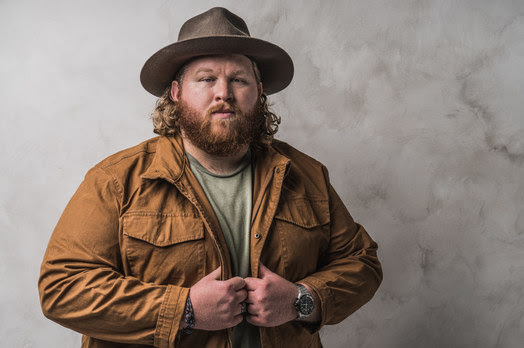 Title track is available today along with album preorder

√ Cochren & Co. is hitting the road on the TobyMac ‘Hits Deep Tour’

Gotee Records' Cochren & Co. released their debut album, “Don't Lose Hope,” two years ago to acclaim and radio airplay. Helmed by singer/songwriter and worship leader Michael Cochren joined by his wife, Leah, Cochren & Co. is back with a sophomore offering, “Running Home,” which will release on Feb. 3.

A press release said, “The 10-song project features hope-filled lyrics and timeless melodies as Cochren & Co. blurs the line between American pop/rock and soul/blues to create a classic sound all their own. Today, fans can hear the title track ‘Running Home,’ as well as preorder the new album here and watch the lyric video below.”

"This album is all about running into the arms of God,” shared Michael Cochren, frontman for Cochren & Co. "It’s my story, but I also believe it’s the story of anyone who has found themselves far from home spiritually. We’ve all heard the saying there’s no place like home. When I think of what 'home' means, I think of comfort, rest, safety and love. When we go off looking for these things in the broken world, we will never find them. Ultimately, we only find what we need when we return to our loving God."

The album's energetic title track is also currently being played on Sirius XM and is the only song from a Christian and gospel artist this week to be featured in the global “New Music Friday” playlist from Spotify, a playlist featuring songs from all genres with more than 4 million listeners.

"Running Home" was co-written by Matthew West and Jeff Pardo, as well as also produced by Pardo (2022 Dove Awards Producer of the Year). Additional producers for the project include Chris Stevens (Gloria Gaynor), Kyle Williams (We Are Messengers) and David Leonard (All Sons & Daughters).

Cochren said, "The title track is an anthem declaring, ‘I’m done running away, I’m running home!’ And for my story, in my wandering years when it became more and more clear that the things I was using to fill my emptiness were really making me more empty, like the prodigal son, I began feeling a draw on my heart to return to my spiritual home. Yet I had this fear in my mind that God was just waiting for me in anger, to punish me. But that’s not how the parable ends … the father runs to greet the son, throws a robe around his back, a ring on his finger, a kiss on his cheek, and then they throw a party for him! I received this welcome from God, and that’s the welcome that’s waiting for anyone who says, ‘I’m done running away, I’m running home!’ "

Cochren & Co.’s sophomore project features the 2022 Top 15 Billboard Christian Airplay & AC radio single, “Thank God For Sunday Morning,” which has amassed over 10 million streams in less than a year. This song was highlighted on K-LOVE’s end-of-the-year charts including “22 Songs that Defined 2022” and “Top 30 Songs of 2022.” The album includes already released songs “The Lows” and “Good Memories,” which have each received multiple playlisting features. “Running Home” also features guest vocalist Josh Baldwin on the song “The Final Say.”

Cochren & Co. will be back again this year on the TobyMac “Hits Deep Tour,” which will also feature Crowder, Tasha Layton, Jon Reddick and Terrian. The tour kicks off Jan. 26. Click here for tour dates and tickets.

Cochren is a singer/songwriter and worship leader born and raised in a small Indiana town. After graduating from school, Cochren began playing music across the country with a band of friends, including his wife, under the name Cochren & Co. (pronounced Cochren and Company). Dove Award-nominated Cochren & Co. have toured coast to coast amassing a loyal following of new listeners wherever they go. Their debut full-length album, “Don’t Lose Hope,” was released on Gotee Records in 2021 and includes Billboard Top 10 Radio Hits “Church (Take Me Back),” “One Day” and “Who Can.” The title track “Don’t Lose Hope” was featured in a new episode of CBS’ “MacGyver.”