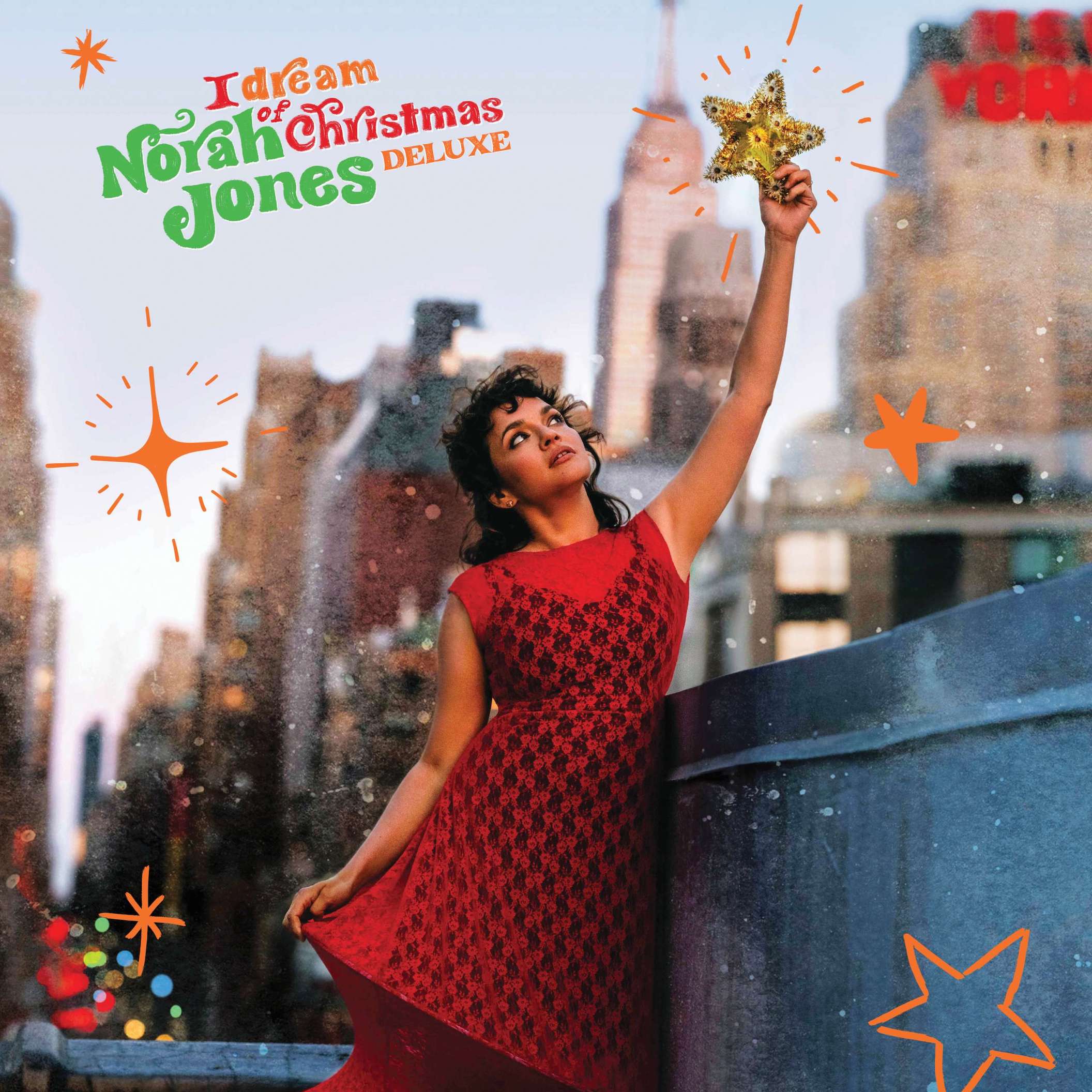 Norah Jones 'I Dream Of Christmas (Deluxe)' out Oct. 21

On Oct. 21, Norah Jones will release “I Dream Of Christmas (Deluxe),” a newly expanded 24-track edition of the nine-time Grammy-winning singer, songwriter and pianist’s beloved 2021 holiday album – what he team called “a delightful and comforting collection of timeless seasonal favorites and affecting originals.”

The deluxe edition features 11 additional songs, including bonus tracks and live performances, as well as a brand-new studio recording of “Have Yourself A Merry Little Christmas,” which was released as a digital single. “I Dream Of Christmas (Deluxe)” is available for preorder now on two-LP black, gold, or red vinyl, CD, or digital download.

“When I was trying to figure out which direction to take, the original songs started popping in my head,” Jones explained. “They were all about trying to find the joys of Christmas, catching that spark, that feeling of love and inclusion that I was longing for during the rest of the year. Then there are all the classics that have that special nostalgia that can hit you no matter who or where you are in life. It was hard to narrow down, but I picked favorite classics that I knew I could make my own.”

The album’s release last year found Jones performing songs including her original “Christmas Calling (Jolly Jones),” the Chipmunks’ “Christmas Don’t Be Late,” and Irving Berlin’s “White Christmas” everywhere from Rockefeller Center and the White House to Disneyland and the top of the Empire State Building. In fact, five of the additional tracks included on the deluxe edition were taken from that remarkable live performance atop the iconic New York City skyscraper where Jones was joined by bassist Gus Seyffert, drummer Brian Blade and vocalist Sasha Dobson.

A press release noted, “The original studio album was produced by Leon Michels and features an excellent cast of musicians, including Blade on drums, Tony Scherr and Nick Movshon on bass, Russ Pahl on pedal steel guitar, Marika Hughes on cello, Dave Guy on trumpet, Raymond Mason on trombone, and Michels on saxophone, flute, percussion and more.”

It added, “Norah Jones has been a steady voice of warmth and reassurance since her cozy 2002 debut album, ‘Come Away With Me,’ which marked its 20th anniversary in 2022 with a super deluxe edition, became a familiar musical companion for millions of people around the world. Jones’ self-described ‘moody little record’ introduced a singular new voice and grew into a global phenomenon, sweeping the 2003 Grammy Awards.

“The 2010 compilation ‘…Featuring Norah Jones’ showcased her incredible versatility by collecting her collaborations with artists as diverse as Willie Nelson, Foo Fighters, Outkast and Herbie Hancock. In 2018, Jones began releasing a series of singles, including collaborations with artists and friends such as Mavis Staples, Jeff Tweedy, Thomas Bartlett, Tarriona Tank Ball, Rodrigo Amarante and Brian Blade, some of which were compiled on the 2019 singles collection ‘Begin Again.’

“Jones recently launched her own podcast, ‘Norah Jones Is Playing Along,’ each episode of which features her sitting down with one of her favorite musicians for impromptu musical collaborations and candid conversation