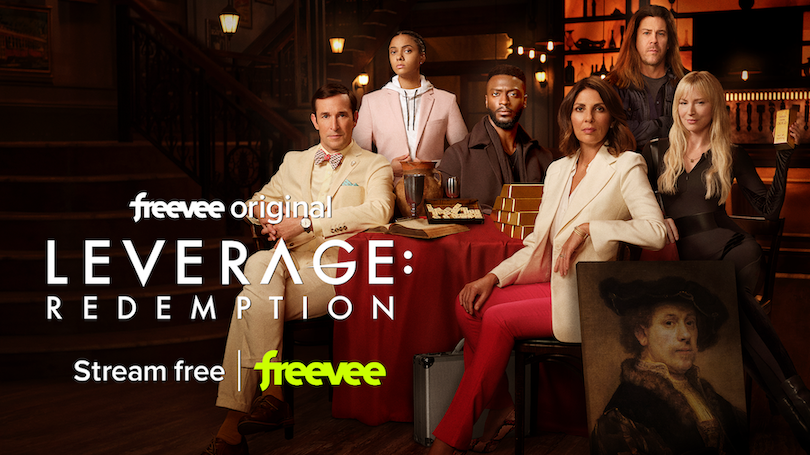 Amazon Freevee announced the return of its fan-fueled heist drama “Leverage: Redemption,” premiering Nov. 16 exclusively in the U.S. and UK.

“Leverage: Redemption” follows a Robin Hood-esque team of criminals as they stage elaborate cons against wealthy and powerful individuals on behalf of clients who have been wronged. The second season consists of 13 episodes – with the first three episodes available immediately, and a new episode releasing each Wednesday until the season finale on Jan. 25, 2023.

The fan-favorite first season of “Leverage: Redemption” is also available on demand and as a FAST channel on Amazon Freevee.

In season two, corporate bad guys and dirty dealers are stepping on the little guy in their quest for money and power, and the Leverage team is back to teach them a lesson. No matter the danger, when someone needs help, they provide … Leverage. This time around, their criminal skills are put to the test by everything from a husband-and-wife team running a multilevel marketing scam and a shipping magnate dumping boatloads of plastic waste to a music producer who abuses his position over vulnerable women. This season also sees an old friend of Sophie’s unexpectedly coming out of the woodwork, making her question her choices.