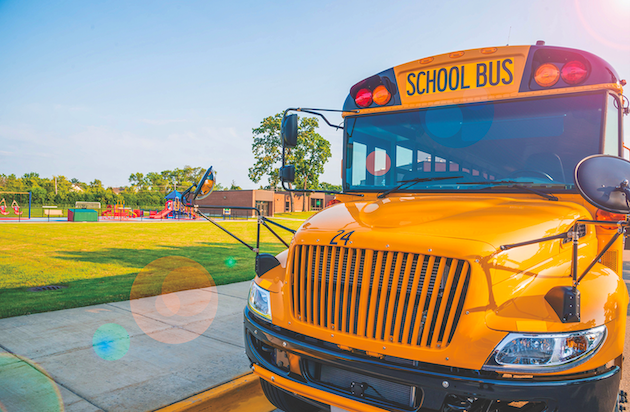 Gov. Kathy Hochul on Friday announced the start of the second phase of her plan to allow third parties to offer the commercial driver license road test, expanding eligibility to public and private entities.

Her team said, “The program is one of a series of steps the governor has taken to ease the critical shortage of bus and truck drivers. Any qualified third party is now eligible to apply for certification through the Department of Motor Vehicles.”

In January, Hochul announced the pilot phase of the program, which permitted certain agencies and authorities to work with the DMV to become certified.

"We are doing more than just getting drivers licensed and on the road – we are creating new avenues that will keep New York moving," Hochul said. "By allowing third parties to offer road tests for truck and bus drivers, we will help get children to school, get vital goods where they need to go, and much more. My administration is committed to continuing efforts that will address commercial driver shortages, helping drive the state's economy forward."

“After a successful pilot program earlier this year, which involved more than a dozen testing administrators statewide, the DMV is taking this next step to open up eligibility to all eligible third-party entities. The DMV has established a rigorous training and monitoring system to qualify CDL examiners to safely administer the road tests in compliance with state and federal regulations.”

The application for becoming a third-party testing entity, including opportunities for "for-hire" entities, can be found on the DMV website.

NYS DMV Commissioner Mark J.F. Schroeder said, "New York, like every state in the nation, has been experiencing a shortage of licensed commercial drivers, and empowered by Gov. Hochul, we at DMV are taking action to change that. By approving these third parties to conduct commercial road tests, we are giving trucking and transportation companies the tools to get their newest drivers licensed and qualified to work, faster. These drivers are crucial to almost every aspect of life in New York in every corner of the state, and we are need more of them. DMV will be taking all measures possible to ensure the road tests administered by the third parties are done properly."

Last year, Hochul introduced measures “to remove barriers and recruit more school bus drivers.” As part of that effort, the DMV expedited the process for obtaining a CDL by removing the 14-day waiting period between the permit test and the road tests. The state also increased capacity to administer road tests and, through cooperation with county-operated DMV offices, to increase testing capacity for written exams.

In addition, New York opened new CDL driver testing sites by partnering with SUNY, the Thruway Authority, New York Racing Association, and the New York State Office of General Services to use large lots on their various sites for the road test. For school staff who held an existing CDL, the state set up expedited testing to obtain a permit that allows them to drive vans and buses temporarily.

The vehicle and traffic law was also amended in May to establish an intrastate CDL class A young adult training program. The law change has allowed the DMV to issue a Class A CDL to a person who is 18, 19 or 20 years old. A Class A CDL has expanded employment opportunities for young drivers and can provide relief to trucking companies facing a shortage of drivers. A Class A CDL is required to drive combination vehicles such as tractor-trailers. Previously, drivers under the age of 21 can only obtain a Class B or Class C commercial license.

New Yorkers can find more information on obtaining a commercial driver license and find out how to become a school bus driver on the DMV website.