Richard M. Earne passed away peacefully Sunday, Sept. 18, 2022, in Buffalo. He was laid to rest next to his mother in Cedar Park/Beth El Cemetery in New Jersey on Tuesday.

Dick graduated from SUNY at Buffalo Law School and was admitted to the Bar in 1970. He has been a practicing attorney on Grand Island for over 50 years.

He joined Grand Island Rotary, and thus the larger world of Rotary International, in December 1978. Dick was a member for 44 years. Those who worked with him said he was always hard working and devoted to the greater good that Rotary, in its service, expressed to the world.

He was a devoted advocate for the Early Act program of Rotary for elementary-aged youth, and a leader in raising awareness and funds, for the Rotary Foundation, where he was a nine-times-over Paul Harris Fellow.

Whether he was picking up trash along the Beaver Island Parkway, driving a Ukraine Open World team around, ringing the bell or restocking food for Salvation Army; cleaning, scrubbing, moving furniture for Habitat For Humanity or Afghan refugee new arrivals; he was always THERE. Beyond his Temple devotion, he made Rotary service to mankind a center of his life. We are the better for having been in his presence and will forever use Dick Earne as an example of a full life of SERVICE.

Donations can be made in his honor at the Endowment Fund for past Rotary District 7090 governors: https://rotary7090.org/page/endowment-fund-7090. 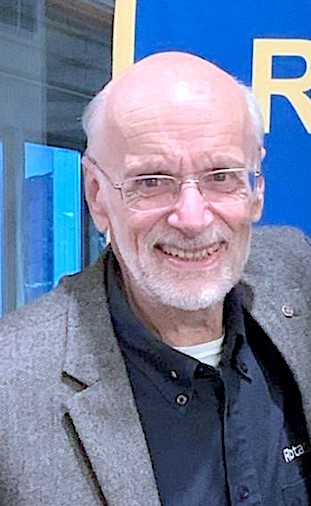