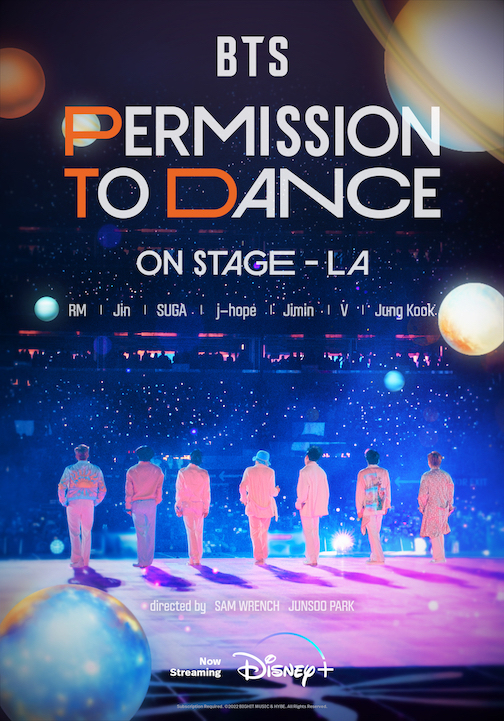 In celebration of Disney+ Day, the electrifying concert film from 21st century pop icons, “BTS Permission To Dance On Stage – LA” and a special sneak peek at the upcoming Disney+ Original series from Lucasfilm, “Andor,” are now streaming on Disney+ globally.

“BTS: Permission To Dance On Stage – LA” showcases the live performances of the BTS concerts held at the Los Angeles SoFi Stadium in late 2021 (Nov 27-28 and Dec. 1-2). The concert film is stage-focused and includes performances of the Grammy-nominated, music group’s hit songs “Dynamite,” “Butter” and “Permission to Dance.” BTS, an acronym of Bangtan Sonyeondan or “Beyond the Scene,” are a South Korean boy band that have been capturing the hearts of millions of fans globally since their debut in June 2013. 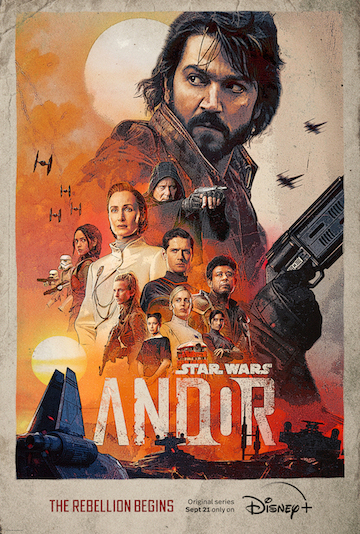 Launching Sept. 21 with a three-episode premiere, “Andor” explores a new perspective from the ”Star Wars” galaxy, focusing on Cassian Andor’s journey to discover the difference he can make. The series brings forward the tale of the burgeoning rebellion against the Empire and how people and planets became involved. It’s an era filled with danger, deception and intrigue where Cassian will embark on the path that is destined to turn him into a rebel hero.

The Disney+ Day content lineup features exciting global premieres from Disney, Pixar, Marvel, “Star Wars,” National Geographic, “The Simpsons” and more. As previously announced, Marvel Studios’ “Thor: Love and Thunder,” “Pinocchio,” a new episode of “She-Hulk: Attorney at Law,” “Cars on the Road,” “Obi-Wan Kenobi: A Jedi’s Return,” “Remembering,” “Growing Up,” “Epic Adventures with Bertie Gregory,” “Dancing with the Stars: The Pros’ Most Memorable Dances,” “Tierra Incógnita,” “Marvel Studios Assembled: The Making of Thor: Love and Thunder,” the “Frozen” and “Frozen 2” Sing-Alongs, and “Welcome to the Club,” a new short from “The Simpsons,” are all now streaming on Disney+.

This year, Disney+ Day leads into D23 Expo: The Ultimate Disney Fan Event presented by Visa that runs from Friday, Sept. 9, to Sunday, Sept. 11, in Anaheim, California. Hosted by Jordan Fisher and Ashley Eckstein, Disney+ will stream recaps of the previous day’s most exciting Disney+ announcements, show viewers the best moments from the show floor, and go behind the scenes with exclusive content, on service on Saturday, Sept. 10, and Sunday, Sept. 11 (11 a.m. ET). Select newly released trailers from D23 Expo will also be available on the service to get fans excited about the upcoming releases.