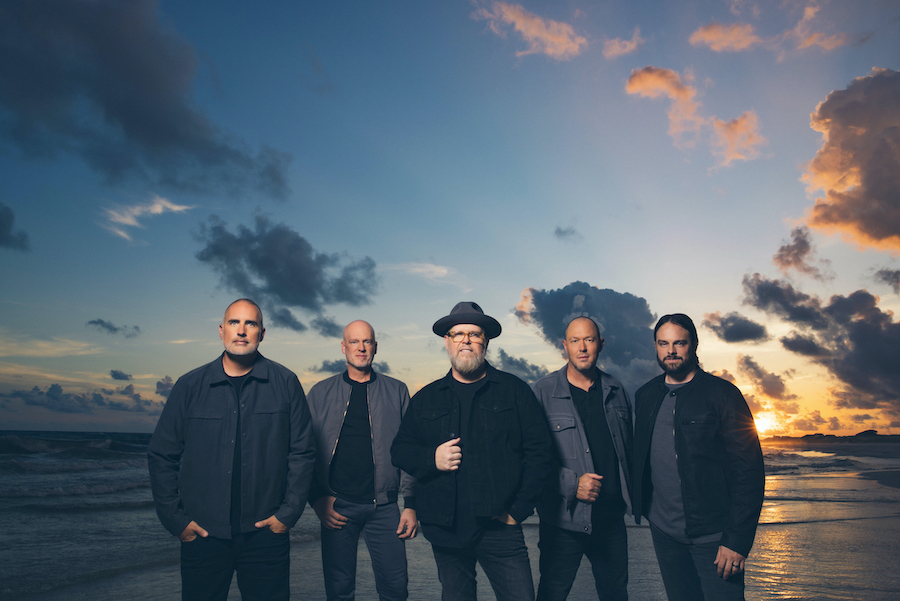 MercyMe (Photo by David Molnar/courtesy of The Media Collective)

The band’s team said, “The 10-song collection is filled with the musically inventive, lyrically substantive songs that have always been the bedrock of MercyMe’s decades long career.”

Lead vocalist Bart Millard said, “This one, in some ways, is like a warm blanket to us – not just how we’re playing – but the subject matter. For me personally, if I ever needed this to be front and center, not just in MercyMe, but in my life, it’s now. I can’t wait to hear people sing these songs and worship. Every song points back to Jesus.”

That message is crystal clear on the project's first single, “Then Christ Came," currently playing on 70-plus stations, is No. 19 on the Billboard AC Monitored chart, and No. 12 on Billboard's AC Indicator chart. The song follows an impressive streak of 48 No. 1 radio singles that have not only fueled MercyMe’s 28-year career, but also helped define the landscape of contemporary Christian music.

On “Always Only Jesus,” the band invited producers Brown Bannister, Tedd T. and Jordan Mohilowski to craft the project with them – “and learned to strike a perfect balance between relying on the tried and true and exploring new methods of creating.”

"It’s a cool dynamic," guitarist Mike Scheuchzer said. "It’s challenging to have been in it this long and to see how it used to be and how it is, and try to find the best in all of it.”

The result is “a poignant album that is perfect for this time and for all time.”

“I feel like that’s what we need right now is an anthem that we can all agree on,” Scheuchzer said. “We may not agree on anything else, but we all agree that it’s 'Always Only Jesus.' That’s why the album feels like anthem after anthem after anthem, because they are all definitive statements about Jesus.”

MercyMe is set to share new music, as well as fan favorites and chart-topping hits, when they return to Red Rocks for one night only on Oct. 17. The engagement will mark the band’s second time to headline the iconic venue. They'll continue across the country throughout November. For all MercyMe tour info, visit http://www.mercyme.org.

Since their debut in 2001, the band has sold more than 9 million units in CD, single and DVD sales, garnered more than 48 No. 1 multi-format radio singles, and had four consecutive mainstream radio hits. MercyMe made history in 2014 as “I Can Only Imagine” surpassed 2 million digital downloads, making it the first song in Christian music to go Platinum and double-Platinum in the digital domain. The song has now gone four-times-Platinum.

In 2009, Billboard named MercyMe’s “Word Of God Speak” the No. 1 Song of The Decade, and the group the No. 1 Artist of the Decade, in both the Christian Songs and Christian AC Songs categories. It recognized MercyMe as one of the industry’s most notable talents.