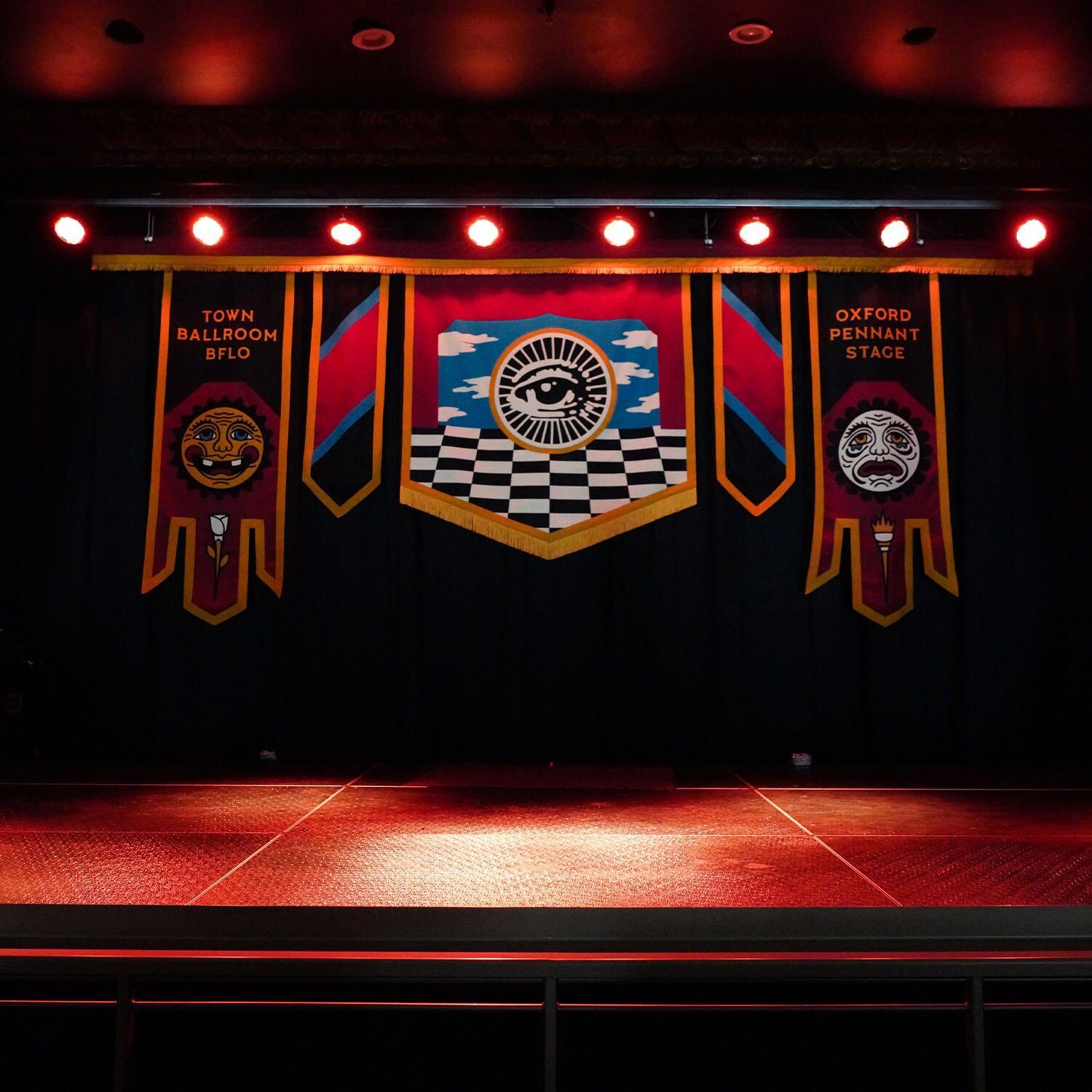 Located in the front room of Town Ballroom, The Oxford Pennant Stage will provide an opportunity for up-and-coming local and touring artists to perform at one of Buffalo’s most exciting concert venues.

“As a company that has the privilege to work with a number of nationally and internationally recognized artists and musicians, this sponsorship gives us the chance to support rising acts with a beautiful stage in one of Buffalo’s best concert venues,” said Dave Horesh, co-founder of Oxford Pennant. “I’ve been going to shows at Town Ballroom since I moved to Buffalo in 2004. Funtime Presents host incredible events – and the venue is a block away from our offices – so this sponsorship was a no-brainer.”

In addition to becoming a sponsor, Oxford’s design and manufacturing teams worked closely with Funtime Presents to create a new custom backdrop for the stage. The display features six hand-sewn banners, which were manufactured less than a block away from the performance space.

“The designs were inspired by the evocative imagery of Masonic and Odd Fellows banners, as well as traditional tattoo motifs, that gained popularity during the heyday of Buffalo’s Town Casino,” said Evan Wachowski, art director at Oxford Pennant, referencing the rich history of Town Ballroom.

Funtime Presents has already announced that musicians Fernway (June 25) and The Nude Party (June 28) will be performing on The Oxford Pennant Stage in the upcoming weeks. Additional show information and tickets are available at www.TownBallroom.com.