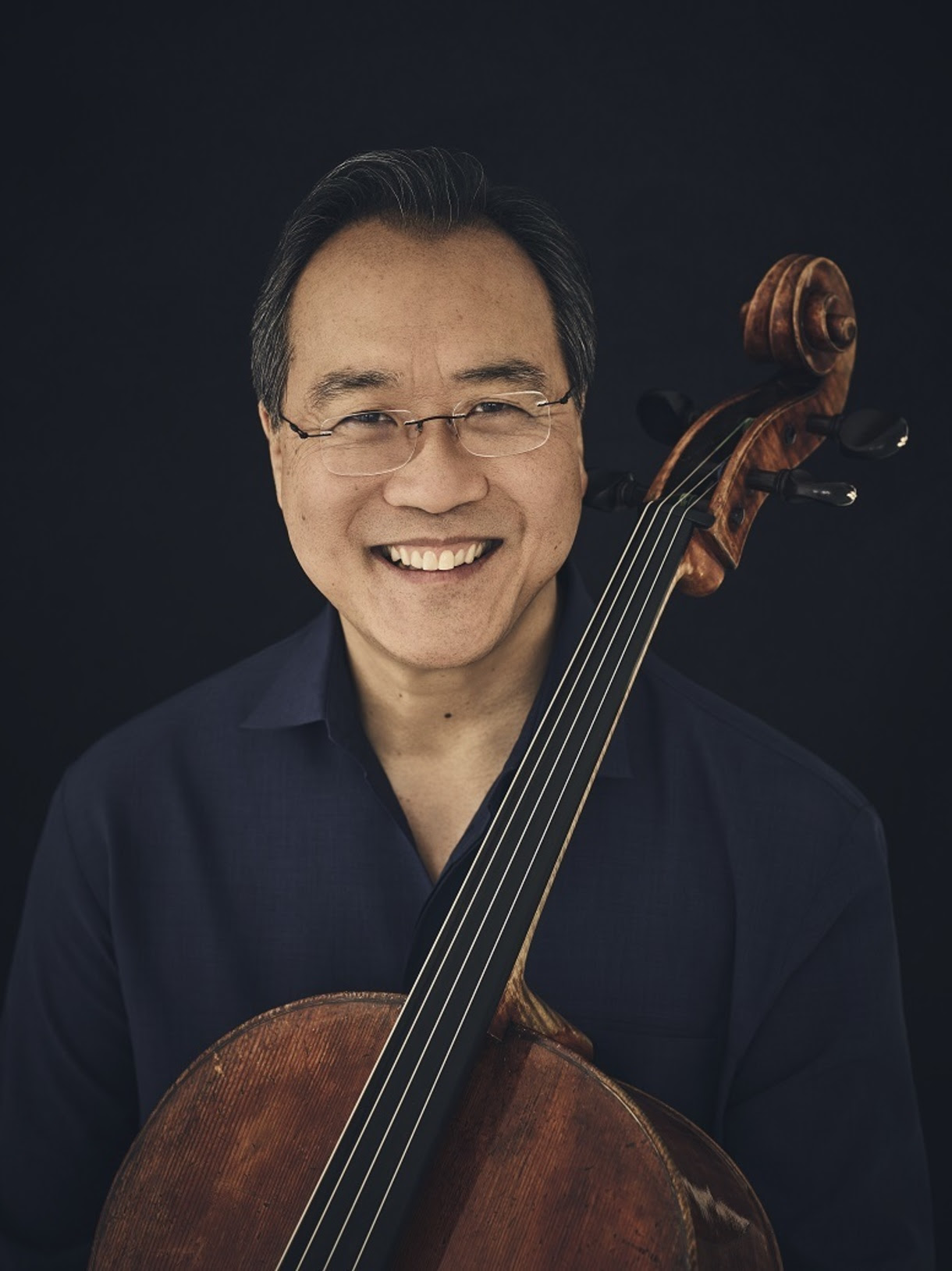 An artist whose name is synonymous with classical music, world-renowned cellist Yo-Yo Ma will return to Buffalo for a one-night-only performance with the Buffalo Philharmonic Orchestra on Friday, Nov. 18 (7:30 p.m.), at Kleinhans Music Hall.

Known for his effortless lyricism and virtuosity, Ma will perform Dvořák’s Cello Concerto in B minor, the last solo concerto ever written by the composer. In addition, maestro JoAnn Falletta will lead the orchestra in Rossini’s ever-familiar William Tell Overture and R. Strauss’ dramatic tone poem, Don Juan.

Subscribers to the 2022-23 season receive priority access to purchase tickets for this special engagement. Single tickets for all BPO events will go on sale later this summer.

Ma last performed with the BPO in 2013, in a sold-out opening night gala performance, where he enchanted audiences with Osvaldo Golijov’s “Azul.”

“It is an overwhelming privilege to welcome Yo-Yo Ma back to the Kleinhans stage to perform with our orchestra,” Falletta said. “His extraordinary talent is matched only by his kindness and humility – a true Class A artist. The musicians and I are overjoyed to work with him once again!”

A press release said, “Yo-Yo Ma’s multifaceted career is testament to his enduring belief in culture’s power to generate trust and understanding. Whether performing new or familiar works from the cello repertoire, collaborating with communities and institutions to explore culture’s role in society, or engaging unexpected musical forms, Yo-Yo strives to foster connections that stimulate the imagination and reinforce our humanity.”

The artist was born in 1955 to Chinese parents living in Paris. He began to study the cello with his father at age 4 and, three years later, moved with his family to New York City, where he continued his cello studies with Leonard Rose at the Juilliard School. After his conservatory training, he sought out a liberal arts education, graduating from Harvard in 1976. He has received numerous awards, including the Avery Fisher Prize (1978), the Glenn Gould Prize (1999), the National Medal of the Arts (2001), the Dan David Prize (2006), the World Economic Forum’s Crystal Award (2008), the Presidential Medal of Freedom (2010), Kennedy Center Honors (2011), the Polar Music Prize (2012), and the J. Paul Getty Medal Award (2016). He has performed for nine American presidents, most recently on the occasion of President Joe Biden’s inauguration. His discography includes more than 100 albums, 18 of which have earned a Grammy Award.

In addition to his work as a performing artist, Ma partners with communities and institutions from Chicago to Guangzhou “to develop programs that champion culture’s power to transform lives and forge a more connected world.”

Among his many roles, Yo-Yo is a United Nations Messenger of Peace, the first artist ever appointed to the World Economic Forum’s board of trustees, and a member of the board of Nia Tero, the U.S.-based nonprofit working in solidarity with Indigenous peoples and movements worldwide.

Single tickets for all BPO performances will go on later this summer. For more information, visit bpo.org.