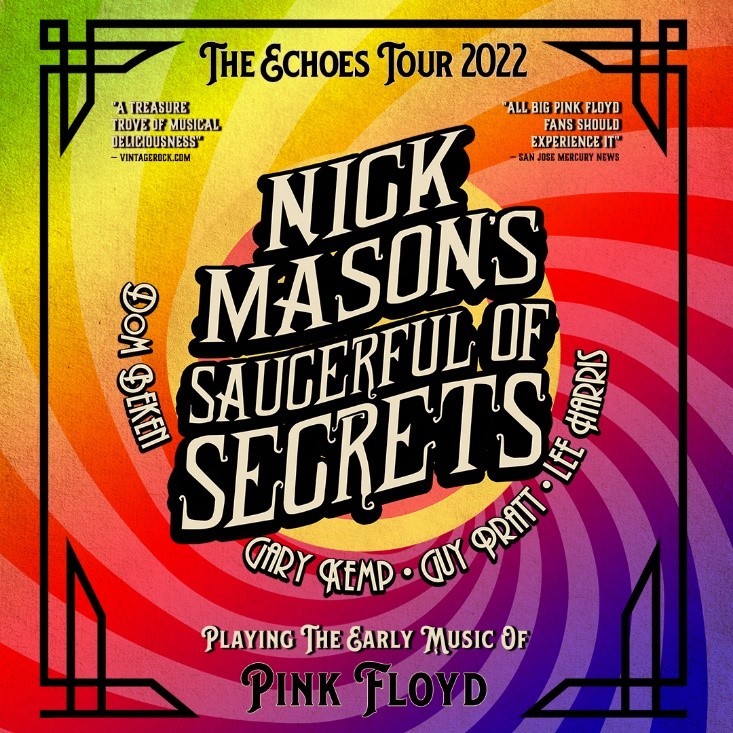 Nick Mason’s Saucerful of Secrets has announced rescheduled dates for “The Echoes Tour” with 28 stops in major cities across the U.S. and Canada, including Philadelphia, Chicago, New York and Los Angeles. The Echoes Tour has also added dates in Columbus, Minneapolis, Detroit, Buffalo, Indianapolis, Tulsa, Austin and Santa Barbara, with tickets going on sale beginning at 10 a.m. Friday, March 25. The tour will stop by Shea’s Buffalo Theatre for a concert performance on Sunday, Oct. 9.

The “Echoes Tour,” previously set for January/February, was postponed out of an abundance of caution due to surges of coronavirus cases. For rescheduled shows that will be taking place at the same venue, all previously purchased tickets will be valid for the new date. For all shows being moved to new venues, customers will be automatically refunded for their purchase and offered an exclusive presale opportunity for the new venue and date. Further information will be sent directly to the original ticketholders by email shortly. For any additional ticketing inquiries, fans should reach out to their point of purchase.

“We are really looking forward to returning to North America, and we’re happy to be able to now announce these new dates for later this year,” Mason said. “We wanted to make sure to come back when it’s safe for our fans, the band, and our crew.”

Nick Mason’s Saucerful of Secrets “The Echoes Tour 2022” is promoted by EMC Presents by arrangement with Solo and Tony Smith Personal Management.