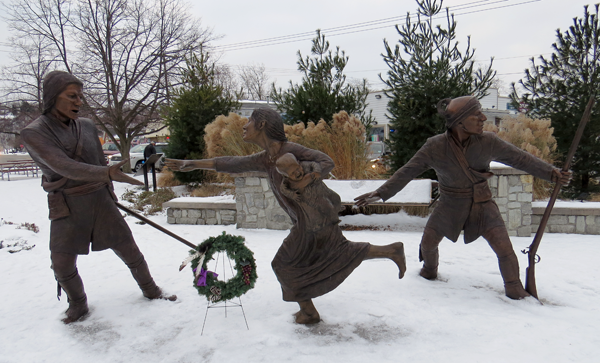 On Dec. 19, 1813, the Tuscaroras saved the lives of many Lewiston citizens by stalling the British attack during the War of 1812. The extra minutes enabled about 100 Lewiston citizens to run for their lives and escape down Ridge Road to points east. Still, about a dozen local citizens were killed in the attack, the village was burned to the ground, and the Tuscarora Village was also destroyed.

The bronze monument was dedicated in 2013 as a permanent testament of thanksgiving from the people of Lewiston to the Tuscarora Nation.

The public is invited to attend this remembrance. There will be a fellowship breakfast at Syros Restaurant immediately following the ceremony.