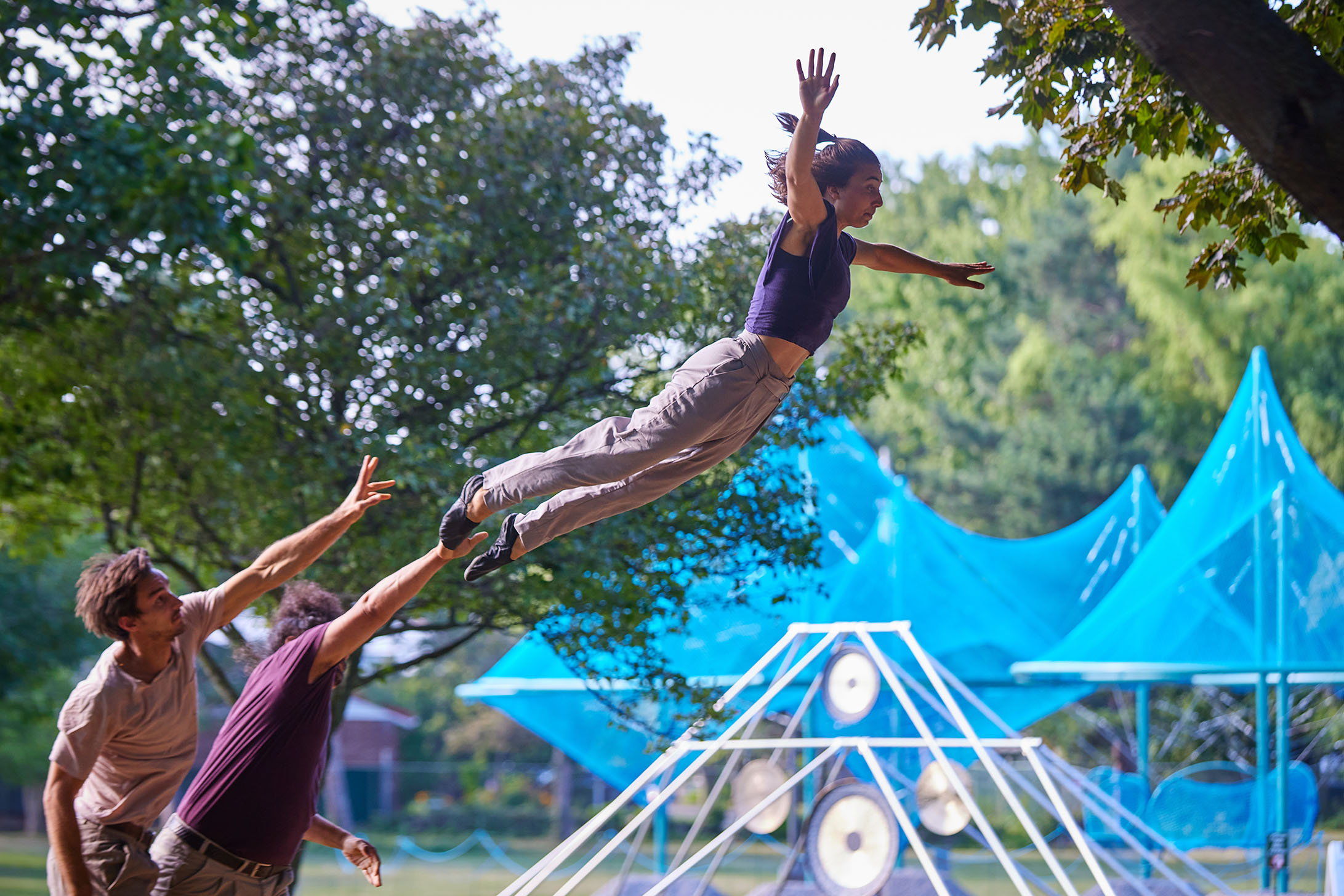 Cirque Barcode & Acting for Climate Montreal perform at Artpark on Aug. 21, with "Murmuration" in the background. (Photo by Jordan Oscar/courtesy of Artpark & Company)

Artpark & Company’s board of directors announced the election of new officers and directors at the organization’s annual meeting held at Park Country Club on Oct. 13. Reelected officers include: Joanne Bauer of Employer Services Corp. as chairman, Christopher Leardini as vice chairman, Vincent Agnello of Niagara University as secretary, and Stephen Turner of the Bonadio Group as treasurer.

The board reaffirmed Omar Khan as a new member. He had joined mid-year. Khan is the head of the School of Architecture at Carnegie Mellon University and previously chair of University at Buffalo department of architecture.

A press release noted, “While the region still dealt with the impact of COVID-19 in the spring and summer, Artpark was able to fully activate its outdoor venues even under regularly changing rules and restrictions for safe public gatherings. Programming included the return of 18 rock and pop concerts in the reduced-capacity amphitheater; Strawberry Moon Festival; a new free mobile app experience titled ‘Sonic Trails’; the ‘New Music in the Park’ series with performances by Alarm Will Sound, JP Jofre, Buffalo Philharmonic Chorus, Buffalo Jazz Composers Workshop among others; plus performances by the Buffalo Philharmonic Orchestra, Jon Lehrer Dance Company, Cirque Barcode and Acting for Climate Montreal; Artpark Fairy House Festival; a new partnership with Torn Space Theater; new art installations – ‘Murmuration’ and ‘Unity in Diversity’; Free Family Saturdays; theater and visual arts camps; an outdoor film series and more. A video recap can be viewed here.”

Attendance at 69 events increased by more than 480% from the 2020 season. Artpark also employed 383 artists and cultural sector professionals for a total of 29,927 hours. A dedicated base of 70 volunteers also gave 2,741 hours of their time. Economic impact for the season is estimated at $5,541,956.

The Western New York community was also generous in helping the nonprofit Artpark & Company build back from the devastation of the pandemic. There were 500 new donors, board giving increased by 22%, and 15 new program grants were received.