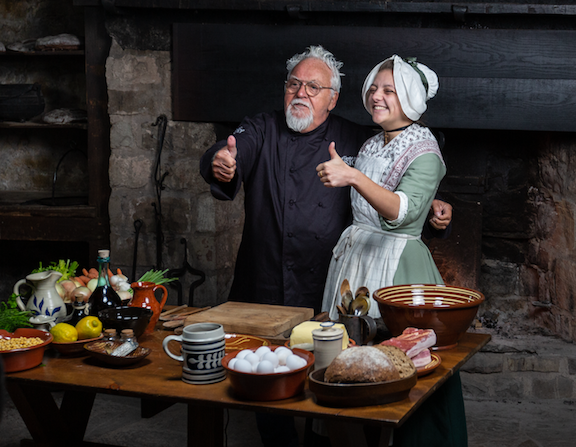 “A Taste of History” visited Old Fort Niagara in Youngstown on Tuesday.

The Emmy Award-winning television series recreates culinary heritage by cooking historic recipes at original locations across the globe. A press release noted, “It is one-part cooking, one-part history, with a dash of humor and a whole lot of personality – and appeals to cooks, history lovers, travelers and anyone who loves watching an adventure.”

This show broadcasts on PBS stations, and streams on Amazon Prime, and the Hungry Channel on Apple TV and Roku devices.

The 12th season of production brought crews to Old Fort Niagara, where the show’s host, chef Walter Staib, explored this gateway to the Great Lakes that played an integral role in the struggles of France, Britain and America for control of the region. 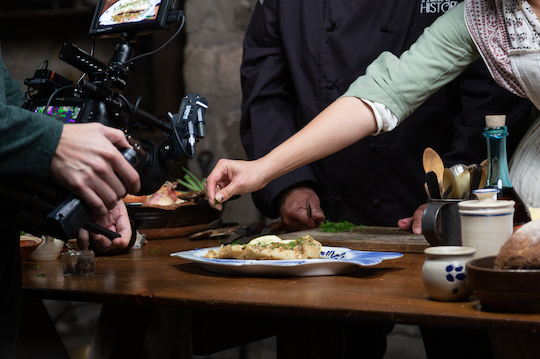 A camera operator gets a close-up during filming of “A Taste of History” at Old Fort Niagara.

While at Old Fort Niagara, Staib and Old Fort Niagara’s interpretive specialist, Hanae Weber, prepared several period dishes in the boulangerie of the 1726 French Castle. The episode is expected to air in the spring of 2022.

Old Fort Niagara Executive Director Robert Emerson said, “I have been a fan of the show for many years, and it is exciting to host the program here at Old Fort Niagara. Chef Staib and his crew were most impressed with the fort, and it was a delight to host them. We look forward to seeing the finished episode in the spring. It will be great publicity for our region.”

Staib is a third-generation restaurateur with over 50 years of experience. In 1989, he founded Concepts by Staib Ltd., which is a globally operating restaurant management and hospitality consulting firm. He has been instrumental in opening more than 650 restaurants worldwide and served as proprietor of the City Tavern in Philadelphia for over 26 years. In addition to his seven cookbooks, Staib has made numerous appearances on local and national cooking shows, including “60 Minutes,” NBC’s “Today,” and the Food Network’s “Best Thing I Ever Ate” and “Iron Chef.”

Fort Niagara is the oldest continuously occupied military site in North America. In 1934, it opened as a historic site and public museum. OFN is operated by the nonprofit Old Fort Niagara Association. 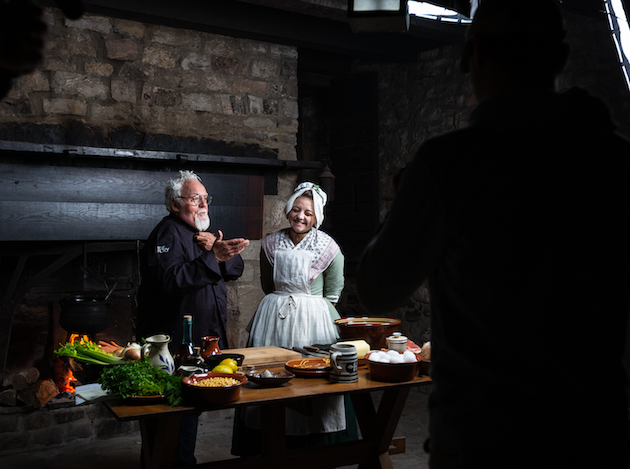 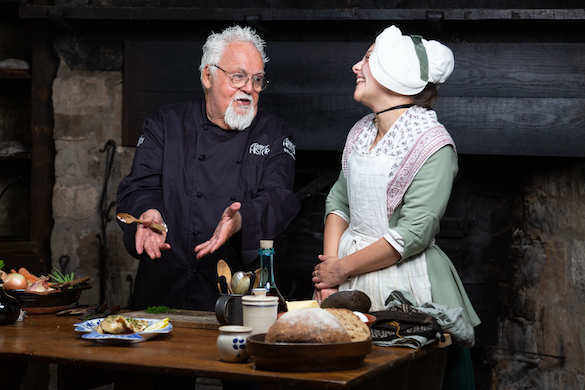 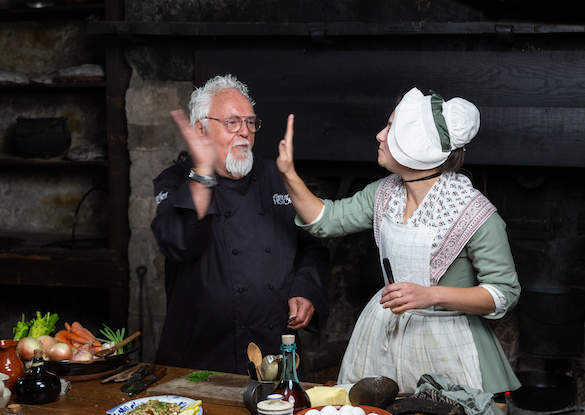